That’s me. Holocaust-obsessed. I’ve been “following” (as one might a series of Tweets) the Holocaust since long before it even had its brand name. I’ve always had a slightly excessive interest in it, because I am of German descent and I have always lived among (classmates, friends, and, yes, even better than that) a large minority of Jews. But once I discovered that much of what I had learned about it hadn’t happened, and that the rest happened very differently from the way I had so assiduously learned over fifty-some years of inquiry, then I truly became Holocaust-obsessed, and remain so to this day.

My interest in genocides and other government-sponsored racial enterprises also was piqued and maintained by my interest in the German-Jewish interaction, and naturally didn’t skip a beat when I escaped the dark side as mentioned above. To extend the appropriation of a term that once (only) meant “conflagration,” I am interested in “holocausts.”

So when I came across an article in Slate by Ron Rosenbaum titled “A New Slur” and subtitled “Calling people ‘Holocaust-obsessed’ is the new Holocaust denial,” my confusion raced against my curiosity as I devoured it. By the time I finished it, I had the impression that Rosenbaum inhabited a different universe from mine—one in which everything was the reverse of what it is in the universe I know. It turns out that the use of the term “Holocaust-obsessed” by “deniers” (the slur term intended to encompass revisionists such as me) instead of on revisionists (as it has been on me, especially since my awakening) is only one of several “inversions” to be seen between Rosenbaum’s world and my own. Starting with this first inversion, I will catalog them in what follows. 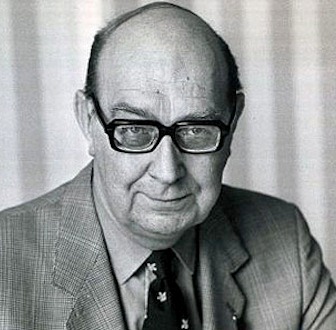 The people (I know several such, including close relatives) who consider me “Holocaust-obsessed” of course know that I am a revisionist, and they, the people who call me that, are not revisionists. So, they argue with me about my version of history and offer competing views, complete with citations of the evidence upon which they base their views, right? No, not right, of course. What they tell me, right after assuring me of the truth of the mainstream Holocaust mythology in which we all were schooled (I conspicuously better than any of them), is that they don’t want to talk about it! It’s settled history, it’s incontrovertibly true, it’s important (to them and me), and they don’t want to talk about it, nor hear about it from me. Isn’t that weird? These are the hallmarks of religious belief—belief that will not suffer examination. Belief that will be stubbornly affirmed on occasion, but never investigated.

Contemplating this most-baffling paradox, I tried to imagine that, somehow, I believed in the virgin birth of Jesus Christ. Then, I conjured up a friend who was perhaps skeptical about it, and started asking me questions and reviewing the details of the story, starting with Joseph, husband to Mary who bore Jesus, and who (Joseph) seems to have left his wife a virgin at least until the time of the birth of what might have appeared to bystanders to be “their son.” “I hope Mary never complained to Joseph about his frigid behavior, or vice-versa,” I imagined my friend snidely cracking. And thus, I came to understand the reticence of believers in the Holocaust narrative in terms of another widely held belief that would seem to resist dispassionate inquiry of its very nature. I really wouldn’t want to talk about it if I held the belief dear to my worldview, and I really wouldn’t want my friend to bring up the subject, either.

But it’s still backwards, compared with Rosenbaum’s story. In my version, it’s the skeptic who’s obsessed, and the believer who’s uncommunicative, not the other way around. Rosenbaum, to his credit, dredges up cases in writing and discussion in which we can see writers/speakers using the term in the way he reports in his article’s title. But that still leaves me and my ilk, and though we aren’t necessarily very numerous as yet, nor all of us by any means quite public under circumstances where hostile listeners can identify us and get us fired from our jobs and, in some advanced countries, even arrested and fined or imprisoned—still as a group I can clearly see that we display a great deal of “Holocaust obsession” quite opposite to the sort Rosenbaum discusses in his blinkered account. What we get from Rosenbaum, at least in this article, is the silent treatment—we’re ignored. In his universe, we don’t exist, or don’t deserve mention.

Other things that “don’t exist” in Rosenbaum’s selective view include just about the biggest elephant in the living room of my habitat: the Nakba, the ethnic cleansing, accompanied by occasional spasms of slaughter and other, more passive forms of mass killing in and around the ever-expanding Eretz Yisrael. The relevance of noting my pachyderm visitor arises from Rosenbaum’s ritual assertions that perhaps the main affront committed by those wielding the putative new weapon of the denialists is deprecating the importance of preventing new Holocausts.

Yes, that’s a plural, and our broad-minded reporter fairly notes that there is, indeed, an ever-present danger of Holocausts, some of which might not even involve Jews (as victims, of course). He even mentions unfortunate events in Rwanda and the Balkans as candidates for such designation, but offers not the slightest hint that such a process might be underway at the present time, much less that the group that was victim in the “first edition” of the series is now perpetrator in the sustained process that has been underway since before 1948 in Palestine. Rosenbaum’s silence on this point is positively deafening to this reader, while the liberal admission that others can be victims of Holocausts serves to distract the semi-attentive reader from this omission.

Rosenbaum displays other instances of comparative liberality in the article that serve to obscure the several obeisances he renders to various canards that still enliven the horror story that the laws of several American states force teachers to frighten their pupils with about those nasty Germans and how they gassed six million innocent Jews (yes, that many innocent Jews).  For example, he notes, “I am not necessarily in favor of a pre-emptive strike by Israel on Iran’s nuclear capacity,” though noting that he expects some sort of catastrophe to arise from “the situation.” This might, even in the minds of some historically well-informed readers, tempt one to overlook his reference to the “shooting and gassing” used by the Germans in committing the genocide we all know about so surely and in such detail (but refuse to discuss with skeptics).

Carrying this article does not advance the impression I have of Slate as a site on which one can count on finding well-reasoned, even-handed, even dispassionate analysis of today’s issues, and Rosenbaum is a columnist of long standing with Slate. But it so happens that Slate also carried another article, this by William Saletan on September 28, barely a month after Rosenbaum’s jeremiad, titled “Hate Speech Hypocrites” and subtitled “How can we ban hate speech against Jews while defending mockery of Muslims?” It reports the cutting observations of many Muslims of international stature in the wake of the imbroglio brought on by the YouTube video Innocence of Muslims, in which Mohammed, the prophet of Islam, is excoriated in just about every way imaginable. These observers, joined by the columnist, note that the repugnant video is defended far and wide by the highest authorities of the “free” West under the rubric of “freedom of expression.” All the while, in many of those same Western countries, there are laws and legal standards that provide criminal sanctions against anyone who dares to undertake a discussion of Holocaust history in an objective manner.

Saletan notes, with unassailable logic, that this position is the height of hypocrisy, and rightly subjects Western sanctimony about individual rights to the most scathing repudiation. This particular posting by Saletan garnered no fewer than 1,634 comments at press time, over five times as many as his other postings, and the great majority of these comments oppose or reject Saletan’s cold logic, typically in ad hominem terms.

So, even if Saletan’s article might help restore your evaluation of Slate’s editors and at least some of its columnists, the Comments to the article will go far to disabuse you of any regard for the great majority of its readers—or at least those moved to comment on articles such as his.