The Executive Council of Australian Jewry is seeking the enforcement of the Human Rights and Equal Opportunities Commission (HREOC) order that Holocaust revisionist material be removed from the Adelaide Institute Website and that Töben apologize to the council's national vice-president Jeremy Jones. 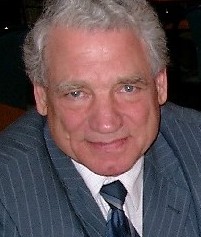 Töben responded to news of the legal action, "HREOC's procedure is terribly flawed, it's an irrational business of reaching a conclusion on the basis of hurt feelings." Töben continued, "The principle of free speech is at stake here."

Töben explained on the radio why he couldn’t comply with the “Human Right’s Commission’s orders, "No, I can't do that because I consider the Human Rights Commission's findings to be immoral and of no legal effect."

"It is not a matter of asking whether I have caused hurt, because I can throw that back at the (Jewish) community and say that, with my German background, they're hurting me by continuing to assert that Germans systematically exterminated European Jewry in homicidal gas chambers. I found out that the gas chambers never existed."

Jeremy Jones argues that the Jewish community is correct in its attempt to censor information on the Web because the material in question is "blatantly anti-Jewish and blatantly racist."

A hearing for the case against Dr. Töben is set for May.