Harry Elmer Barnes is a controversial figure whose memory is blurred both by his detractors and his supporters. His long and distinguished career crossing many subjects and interests is often left in the shadows of his historical revisionism. Even much of his revisionist work, which began in the years following World War One and continued through the Cold War, are forgotten in light of his work to debunk the myths of World War Two.

The emotions stirred by World War Two remain high. To question any aspect of this conflict still meets solid resistance and ad hominem attacks. Barnes once wrote that in the minds of anti-revisionists the term “revisionism” savors of malice and vindictiveness. Barnes’s few brief statements regarding the Holocaust, his positive book review of Paul Rassinier’s trail-blazing work, The Drama of the European Jews, and his involvement in the publication of a few early Holocaust revisionist titles have resulted in wild attacks on his character from the anti-revisionist crowd. 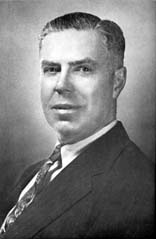 Harry Elmer Barnes. His memory has become a battleground.
Published with permission from Revisionists.com.

In Deborah Lipstadt’s highly acclaimed screed, Denying the Holocaust, she charges that Barnes was anti-Semitic.[1] She also charges Barnes with twisting “information and misrepresent[ing] established historical fact.”[2] She claims that Barnes sought to exculpate Nazi Germany and even questions his standing as a historian.[3] The widely read (and highly inaccurate) on-line encyclopedia Wikipedia goes even further. The anti-revisionists who edit Wikipedia call Barnes a “Holocaust Denier” and a “Nazi Sympathizer.”[4]

Barnes’s memory has also suffered from some of his supporters. The magazine that is emblazoned with his name changed its byline several years back to “A Journal of Nationalist Thought & History.”[5] The association suggests that Barnes would not only embrace nationalist thought but somehow was a major proponent of such a movement. The truth is quite the opposite.

Barnes addressed the subject of the relationship between nationalism and historical writing in his History and Social Intelligence (1926). After running through a brief history of the importance of nationalism on world history, Barnes addressed the impact of nationalism on the writing of history. Barnes considered the nationalist movements in several nations including Germany, France, England, and the United States. Barnes was very negative about the impact of such writing including the work of Houston Stewart Chamberlain and those he called “the blatant Teutonists.”

Barnes described the impact of nationalism on historical writing as:

“The net result of the growth of nationality and of nationalism upon historiography has been greatly varied and a mixed blessing. Its fortunate results have been, above all, the provision of great collections of source material which otherwise would never have been made available and the training of many excellent historians in the process of the compilation and editing of the sources. The deplorable effects have centered about the creation of a dangerous bias of patriotism, which not only prevented a calm, objective and accurate handling of historical facts, even by highly trained historians, but also contributed in no small degree to the great increase in chauvinism which led to the calamity of 1914.”[6]

There is little doubt that Barnes sought to write history that was free from bias. While such objectivity may be ultimately unattainable, it was his goal nonetheless. He viewed patriotism and nationalism as but two of the barriers to truth and accuracy in history. Today one is well-advised that not only is adherence to these movements a barrier to truth in history, but adherence to firm anti-patriotic and anti-nationalism is likewise. Lipstadt, in but one example of her complete denial of self-awareness, charges that Barnes’s “incorrect” views about the Holocaust and Israel result from his Germanophilia, his revisionist approach to history and his anti-Semitism. Few consider, least of all Lipstadt, that inaccurate views about the Holocaust and Israel also result from Germanophobia, an anti-Revisionist approach to history, pro-Semitism and, particularly in her case, sources of funding.

The memory of Harry Elmer Barnes is a battleground. To the anti-Revisionists, Barnes was full of malice and the unholy desire to smear the saviors of mankind. For revisionists he was one of the first to discredit misleading historical myths that form a barrier to peace and goodwill among nations. Perhaps both groups should turn from what others have to say about Barnes and reconsider the vast collection of writings that he himself penned.

In this issue of Inconvenient History we attempt to efface several historical myths. Several articles consider elements of the Holocaust story. Thomas Dalton offers the first part of his detailed analysis of Joseph Goebbels’s statements about the Jews. Editorial Advisor Carlo Mattogno considers Sonderkommando Shlomo Venezia’s testimonies about the Gas Chambers of Birkenau. Thomas Kues offers a detailed look at the memoirs of Chil Rajchman. Paul Grubach writes about the stake that various non-Jewish entities have in supporting the Holocaust mythology. The topic of whether the atomic bombings of Japan were necessary or an example of an Allied war crime is considered by Joseph Bishop. In addition we have two interesting book reviews. I have reviewed David Irving’s Banged Up!, which accounts his imprisonment for thoughtcrimes in Austria. L.A. Rollins offers an insightful look at Christopher Hitchens and His Critics.