Belgium and its Jews During the War

A look at how German authorities treated Jews in Belgium during the years of wartime occupation is revealing because it is difficult to reconcile their policies with a German program systematically to exterminate Europe’s Jews.

Belgium was quickly overrun by German military forces in May 1940, and after 18 days the country surrendered. Although the cabinet fled to London, where it established a pro-Allied government-in-exile, the country’s King, Léopold III, as well as the head of government and the commander of the Belgian army, remained with their people. During the following four years of occupation, German authority was exercised through a military governor, General Alexander von Falkenhausen, while the overall administration of the country was carried out by Belgium’s chief ministry officials and the regular civil service.[1]

At the outbreak of the war, about 90,000 Jews were living in this small western European country of some nine million people. Most were not Belgian citizens, and many were recently-arrived refugees from Germany, Austria and Poland. About 80,000 of the country’s Jews were concentrated in the two largest cities, Brussels, the capital, and Antwerp, a major seaport. About three-fourths of Belgium’s Jews were self-employed, and the diamond trade of Antwerp was largely in Jewish hands.[2]

During the months following the German takeover, many thousands of Jews fled the country, or were deported to neighboring France, so that by late 1940 only 52,000–55,000 reportedly remained in Belgium.[3]

Jews played a prominent role in Belgium’s anti-German underground. As one Jewish historian later noted with pride, Jews were among the first “to take an active part in the resistance movement and in all forms of sabotage.” Eventually, “many hundreds” of Jews “took part in the armed resistance.” In one spectacular case in April 1943, “in open battle between the Jewish partisans and the [German] Field Police, many Germans were killed while the partisans got away without loss.” Within the overall anti-German underground movement, a special “Ninth Jewish Brigade” was established. “Several weeks before the liberation [September 1944], hundreds of Jewish volunteers answered the call of the Jewish resistance organizations and took part in the final, open battle against the occupying forces.”[4]

Jacob Gutfreind commanded the country’s first Jewish terrorist group, which was organized in late 1941. Its members set fire to factories, derailed trains, attacked garages, and murdered Germans, Belgians and Jewish “informers” who collaborated with the authorities. Gutfreind and his wife were eventually caught and deported to Auschwitz. They settled in Israel after the war.[5]

Germans weren’t the only ones who were concerned that Jews might constitute a threat to security. Following the Allied liberation of the country, British military authorities in Belgium rounded up and interned as “enemy aliens” some 2,000 Jews (apparently of German citizenship).[6]

Beginning in August 1942 and continuing until July 1944, some 25,000 Jews were deported eastward from Belgium. Apparently most were transported to Auschwitz, although some were sent to the Lodz ghetto, the Theresienstadt ghetto-camp, the Bergen-Belsen camp, and elsewhere.[7]

In November 1942 the German Foreign Office representative in Brussels reported that some 15,000 Jews had been deported from Belgium to “the East,” and that additional transports would be following. These deportees, he went on, were Jews of non-Belgian citizenship, mostly of Polish, Czech, German or Russian citizenship or origin, or stateless.[8]

According to some wartime reports, Jews were also deported from Belgium to the occupied Soviet territories.[9] In August 1942 Jews were reportedly taken by train from Belgium to a labor camp in southern Russia where they worked on building fortifications.[10] In October 1942 the leading Jewish community newspaper of neutral Switzerland reported that rail transports of Jews from Belgium and other western European countries had recently arrived in Riga (Latvia) before being taken further.[11]

Such deportations seem inconsistent with a policy to exterminate all of Europe’s Jews. If the goal was simply to kill them, why would the Germans have transported Jews from western Europe to territories far to the east of Auschwitz and other alleged “death camps”? 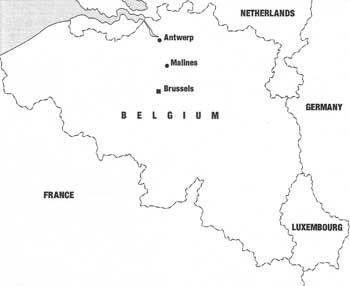 Remarkably, many Jews in Belgium were exempt from deportation. For one thing, categorically exempted by the Germans from deportation from Belgium (as well as from France and the Netherlands) were Jews who were citizens of the United States, Britain and the British dominions, or the Latin American countries.[12]

More startling, the German military governor, von Falkenhausen, responded to a plea from Belgian Cardinal van Roey and the country’s Queen-Mother, Elizabeth, by ordering Jews of Belgian citizenship exempt from deportation. The only exceptions were about 800 “delinquent” Belgian-citizen Jews who had refused to wear the obligatory Jewish star badge or had violated other regulations.[13]

A detailed work published after the war by the World Jewish Congress and other Jewish organizations, The Black Book: The Nazi Crime Against the Jewish People, cited testimony evidence to charge that the German authorities had killed 200 persons each month in the Breendonck internment camp in Belgium, which supposedly was “more horrible than Dachau and Buchenwald were before the war.” Prisoners there were reportedly also killed in a special gassing cell.[14] Today Breendonck is barely mentioned in the Holocaust literature, and no reputable historian credits the Breendonck gassing story,

As in the case of other countries, supposedly authoritative estimates of Jewish wartime deaths for Belgium vary greatly. According to the US government’s widely publicized 1944 War Refugee Board (WRB) Report, which was submitted as an important American prosecution exhibit at the main Nuremberg trial, “approximately 50,000” Jews deported from Belgium were killed in Auschwitz-Birkenau gas chambers between April 1942 and April 1944.[15] 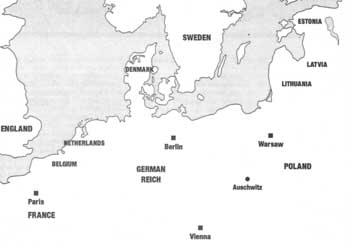 More or less consistent with this, the so-called “Anglo-American Committee of Inquiry” announced in 1946 that, out of a total of 5.7 million European Jews who perished during the war years, 57,000 were Jews from Belgium. Lucy Dawidowicz estimated that 40,000 Belgian Jews lost their lives during the war, while another Jewish Holocaust historian, Gerald Fleming, estimated 26,000.[16]

A 1977 report by a German government agency affiliated with the International Committee of the Red Cross reported that between August 4, 1942, and July 31, 1944, a total of 25,557 Jews (including 497 Gypsies) were deported from Belgium, of whom 1,271 returned after the war.[17] Raul Hilberg, a prominent Holocaust historian, concluded in his 1985 study that 24,000 Belgian Jews lost their lives during the war years, and that 40,000 Jews in Belgium survived the war.[18]

Historians Gerald Reitlinger and Yehuda Bauer – apparently referring to German and Belgian records – similarly reported that a total of 25,437 Jews were deported from Belgium, of whom 1,276 returned after the war. “More than half of the Jewish population of Belgium survived the war,” noted Bauer, and Reitlinger remarked that Belgium “lost virtually none” of its “native Jewish population.”[19]