By Rory Carroll in Los Angeles
Writing for The Guardian
http://tinyurl.com/cksga9w

To those who knew him, or thought they knew him, he was a cerebral, fun-loving gadfly who hosted boozy gatherings for Hollywood's political conservatives. David Stein brought right-wing congressmen, celebrities, writers and entertainment industry figures together for shindigs, closed to outsiders, where they could scorn liberals and proclaim their true beliefs.

Over the past five years Stein's organization, Republican Party Animals, drew hundreds to regular events in and around Los Angeles, making him a darling of conservative blogs and talk shows. That he made respected documentaries on the Holocaust added intellectual cachet and Jewish support to Stein's cocktail of politics, irreverence and rock and roll.

There was just one problem. Stein was not who he claimed. His real name can be revealed for the first time publicly—a close circle of confidants only found out the truth recently—as David Cole. And under that name he was once a reviled Holocaust revisionist who questioned the existence of Nazi gas chambers. He changed identities in January 1998. 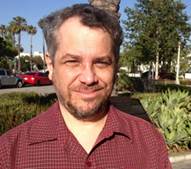 “For 15 years I have been David Stein. Now the genie is out of the bottle. I'm done. I'm finished. I'm not going to try to remain as David Stein.”

Cole's brazen reinvention as a social networker and political pundit deceived a roll-call of conservative politicians, filmmakers, journalists and broadcasters who had no clue about his past. A falling out with a friend led to his unmasking in his social circle two weeks ago, when a group of former supporters was shown YouTube clips of Cole's incendiary – and until then forgotten – television appearances in the early 1990s.

As a combative twenty something with tousled black hair, he was a vilified guest on chat shows hosted by Phil Donahue, Montel Williams and Morton Downey, among others, and was depicted as a neo-Nazi on news shows such as 60 Minutes and 48 Hours.

“My friends are horrified,” said Cole, now aged 44 and with greying hair. “They rang and emailed to ask if it really was me. The Hollywood types are the ones hurting the most right now because they could be harmed by this. I'm feeling a certain amount of guilt.”

Some of Stein/Cole's erstwhile friends are media figures with blogs, newspaper columns and syndicated radio shows. They put a lid on the story. Not a word has been published or broadcast. “When people found out it was, ‘Oh my God, get the fuck away from him.’ There was debate about whether everyone would look guilty by association,” said one entertainment industry artist, a member of Republican Party Animals, who requested anonymity. “The reason we were all so pissed at him is it plays into every horrible stereotype about the right.”

Cole, and the half-dozen former friends and acquaintances interviewed for this article, stress that no one suspected his secret and that no one should be tarred with his views.

An additional reason for trying to contain the story, said the artist, was to deprive Cole of further limelight. “No one wants to give him the satisfaction of making him feel grander than he really was.”

Cole, who insists he is a genuine conservative, said his betrayal would sting all the more because conservatives in Hollywood are a “persecuted minority” who must hide their political convictions from intolerant liberals who dominate the industry: 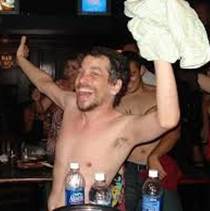 “I don't blame them for jettisoning me. Everyone is scared to death. They don't want this to range beyond Facebook.”

Cole agreed to meet the Guardian in order to give his side of the story. He was rueful at being outed and wry about his future. “I don't expect many people at my birthday party this year,” he said.

Born in 1968 in Los Angeles to liberal, secular-minded Jewish parents, Cole's father, Leon, was a doctor who became controversial for introducing Elvis Presley to Demerol. “He was accused of hooking Elvis on drugs, of killing Elvis.” Cole did not go to university – “I wanted to begin working” – but by the 1980s he had become fascinated by political ideology, especially the work of fringe scholars known then as Holocaust revisionists, subsequently renamed denialists.

He became convinced that on some points they were right and that as a Jew, he would undertake a quixotic quest to “correct” the historical record, arguing that Auschwitz was not an extermination camp in the manner of Treblinka, Sobibor, Belzec and Chelmno – which he acknowledged were part of a genocidal programme against Polish Jews; that the Holocaust ended in 1943, when the Nazis realised they needed Jewish slave labor for factories; and that there was no overarching, genocidal plan, but an evolving, morphing policy which claimed perhaps 4 million, rather than 6 million, Jewish lives.

The young Cole became a notorious celebrity, the turncoat Jew, ferried from studio to studio, gleefully clashing with historians and Jewish representatives. However, he grew uneasy when white supremacists and Islamic radicals appropriated his “work,” he said, and he halted public appearances after the Oklahoma City bombing in 1995.

Another factor was a death threat from the Jewish Defense League, a militant, violent group. In January 1998, wanting to start anew, Cole wrote a letter to the JDL, recanting his views.

The threat was lifted. Cole, his credibility shredded on all sides, adopted the name Stein, chosen because it was simple and short, he said. Only a few close friends knew the secret.

“I haven’t changed my views”

The recanting was fake, he said. Cole today still challenges established Holocaust scholarship, including the certainty about Nazi gas chambers. “The best guess is yes, there were gas chambers,” he says. “But there is still a lot of murkiness about the camps. I haven't changed my views. But I regret I didn't have the facility with language that I have now. I was just a kid,” he said this week.

As Stein, however, he shielded his views, not least during the next stage of his career odyssey: the maker of respectable, conventional Holocaust documentaries. He knew the subject, needed an income and US schools and universities had budgets to commission such projects. He said: “I gave mainstream audiences what they wanted.”

At the same time, he started writing op-eds under Stein and other pseudonyms, expressing what he said was his growing fervor for a hawkish foreign policy, a strong Israel and conservative social policy. Posts on his acerbic blog were picked up by mainstream news outlets including.

When Barack Obama was elected president in 2008, Cole sensed opportunity. Inspired by the writer PJ O'Rourke's brand of rollicking, liquor-fuelled conservatism, he said he launched Republican Party Animals, a networking circle for libertarians and social conservatives which promised spice – “scantily-clad women, drink, fun, loud music” – but not too much. There would be no cocaine or illegality.

"Do you like your conservative politics mixed with a healthy dose of whiskey, fine cigars and kickass rock n' roll?” its website asked. “Do you live in a city filled with morons wearing Che T-shirts as they mindlessly cling to tattered, faded 2008 ‘Hope and Change’ posters? Then WELCOME, friend – this is the group for you!” Blog posts assailed Obama, Occupy protestors and alleged anti-Semites.

It was a hit. Congressmen such as Thaddeus McCotter and Mike Kelly attended events, as did neo-con luminaries such as Frank Gaffney.

Cole's mistake, he said, was to confide his secret to a friend with whom he fell out. The friend went “nuclear” and outed him to their conservative circle.

Besieged by followers demanding answers, Cole last week shut down much of his online presence and retreated from view. A farewell note on his blog announced the end of his involvement with Republican Party Animals, saying he had been “assassinated” by “an exceptionally vindictive young lady.” The note did not elaborate or confess his deception.

Former friends and acquaintances, most speaking on condition of anonymity, challenged elements of Cole's account to the Guardian and called him pathologically duplicitous, alleging he padded his film resume on the IMDb database with fictitious entries. His purported production company, Nistarim, is Hebrew for The Concealed.

Scott Edwards, an Oregon-based businessman, said he founded Republican Party Animals in 2009 and that Cole, claiming to be a Hollywood big shot, took over the website and was involved in organizing just a few events. “He never ran the group. Things started happening behind the scenes so I kicked him out in February 2012.” Cole, however, continued controlling the website, networking and organizing events under the Republican Party Animals banner until last month.

Holocaust experts and Jewish groups who remembered Cole from the 1990s expressed astonishment that he had resurfaced and still professed Holocaust revisionism. Michael Shermer, a historian who publishes Skeptic magazine, said Cole's views on the Holocaust were simplistic and appeared designed to stir controversy.

Shermer debated and interviewed Cole several times in his youth. “I found him to be very smart and on some level likeable, though a little irritating.

“But he was too smart for his own good. He had no training as a historian. I had the impression he liked to stir things up just for the hell of it, to be a contrarian for contrarian's sake.”

Rabbi Abraham Cooper, associate dean of the Simon Wiesenthal Centre, said Cole's views on the Holocaust could no longer be attributed to youthful naiveté. "I'm very disappointed that someone who abused his Jewishness to get his five minutes of notoriety still stands by his lies. It's disgusting and puts him in the camp of bigotry.”

It’s too early for me to comment on any of this. If my own experience tells me anything, you can talk to a journalist for half a day and find only a few snippets of what you said in the resulting article. The story was all over the blogosphere for a week or ten days, but there has been little new. I am going to suppose that Cole will wait out the press stuff for a while, then make his own statement. It will be interesting to see what he might have up his sleeve. I can’t begin to imagine what he can pull off with what he has here.