Ilse Koch and the Alleged Lampshade (1948)

Several of the letters of Austin J. App are to be presented as part of the CODOH Revisionist Library. These are important to the historiography of Holocaust revisionism as they are some of the earliest works to question the formative Holocaust story. These works are being presented for researchers as they are rare documents. They should be understood for the time that they were written. They do not necessarily represent the current state of Holocaust revisionist scholarship and research. –Editor 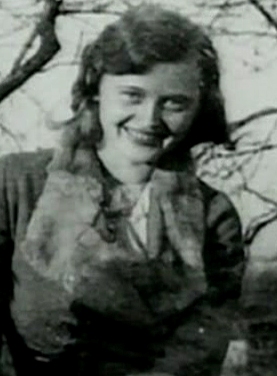 To the Editor of the Inquirer:

According to articles and letters in The Inquirer many people are whining for the skin of Ilse Koch and working themselves into ulcers because her sentence is only four years. Some justify their lust for her skin because of the unproven allegation that lampshades of human skin were found in Buchenwald.

It is well to remind those who think so that, among similar things, one American soldier sent Roosevelt a letter opener which he had fashioned out of a Japanese skull. Though Roosevelt declined the "gift," the question for those who want to execute Ilse Koch for alleged and unproven association with human lampshades is whether this American who, not allegedly but certainly proudly, fashioned letter openers from human bones has been given more than the four years given to Ilse Koch. It is America's business to sweep the dirt from its own doors first. God will not blame America for being easy on Ilse Koch, but He will blame America for hanging and calumniating the members of other nations for deeds which it passes off as exuberance or souvenir hunting in its own Americans. Only after the American who made letter openers of Japanese bones has been punished have we any business worrying about Ilse Koch's crimes at all. If we don't want to hang him for his proven bone work then we have no business trying to hang Ilse Koch for her alleged lampshades.

For those who think Ilse Koch should be hanged because she was brutal to inmates, let them again first see whether all Americans have been hanged who were brutal in similar fashion. Your October 8 issue carries the charge by President Judge E. Leroy van Roden, after he reviewed the Dachau war trials, that "Defendants... were badly beaten... Often the hoods placed over the prisoners' heads would be bloody from the beatings given other prisoners... Some investigators tried to get confessions by dressing themselves as priests." Are those who cry for Ilse Koch's skin working to see that these fellows get more than the four years given her? If not, then that is their first job. Among decent people, the dirt before one's own door gets priority.

Originally Published in Morgenthau Era Letters: 119 Letters to Newspapers and Newsmakers- Mostly in the Decade from 1941 to 1950, Boniface Press 1966.