On the Latest Court Hearing of Robert Faurisson

On September 9, 2009 the Inconnue (“unknown one”), that is, the academic Maria Poumier, revealed both her identity and her unbelief regarding "the Holocaust" or "the Shoah"; she did so in an open letter to Michèle Alliot-Marie, Minister of Justice, and Frédéric Mitterrand, Minister of Culture. On December 2, 2010, during Vincent Reynouard’s imprisonment, she re-offended in a new open letter to Michel Mercier, Minister of Justice, Brice Hortefeux, Minister of the Interior and, once again, Frédéric Mitterrand. In the two letters she stated her readiness to share the lot of the revisionists Faurisson and Reynouard, both prosecuted under the Fabius-Gayssot Act of July 13, 1990. So far those ministers and their successors have bravely held their tongues.

On November 28, 2013, in the 17th chamber of the Paris penal court, Robert Faurisson appeared for his suit against the newspaper Le Monde (Louis Dreyfus) and a journalist (Ariane Chemin) for public insults (“professional liar”, “forger”, “falsifier of history”). Judgment is expected on January 16, 2014. Not one example of lying or falsification had been provided in the journalist’s long article of August 21, 2012 (p. 12-13). As for barrister Catherine Cohen-Richelet, she claimed three times to cite a lie, and one only, of Faurisson: according to her, he had not been a “[university] Professor” but only a “lecturer”; however, Faurisson was indeed accorded the status of “university professor” as of August 9, 1979 by ordinance of the ministry of universities (no. 00526, January 3, 1980). 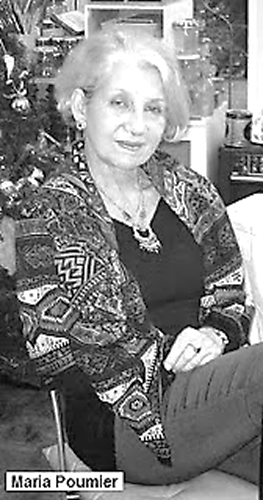 I am happy to greet Robert Faurisson at the close of this hearing, because it is always enjoyable to see a just cause triumph, and there is no doubt at all that we have won, we who are convinced that the truth makes people free. What he has fought to establish for fifty years is now irrefutable. The official version of the history of the Second World War, in particular its chapter on the persecution of the Jews, is tainted with monstrous willful lies (and not only with exaggeration on the number of victims), intended to spread terror amongst Jews and non-Jews, over several generations, and to prompt erratic reflexes in the face of any novel situation even remotely involving Jews

It was a question of perverting forever the meaning of true and false, of right and wrong in favour of a single human group, whose leaders are trying to see themselves accorded hereditary privileges, and thus to reconstitute a noble caste above the law. One may discuss at length the merits of Robert Faurisson’s strategic and tactical choices for the waging of his struggle. Still, his unshakeable constancy and total commitment centered exclusively on the results of his research are an inspiring example. It was astonishment and admiration that impelled me to write a book with him, published with the title En Confidence*.

I was interested in understanding how he had gone from a vocation of letters to the sacrifice of all literary activity in favour of historical research on a single subject, in all respects arduous, accompanied by the struggle to defend the vital importance, for everyone, of this question on a scale that goes beyond geographical frontiers or the horizon of his contemporaries. I have come to the conclusion that he chose to become superhuman in the manner of the literary heroes he admires. He himself invokes Don Quixote; but Don Quixote is a madman and a comical character. All told, I would rather compare him to Prometheus of Greek tragedy, but with a revamping of the myth; in effect, Prometheus is a thief who goes against the gods; Faurisson is a human being attacking thieves who would like to be taken for gods: a bit different. The two come together in that they discover the fire that the mighty were denying them, and make a gift of it to humanity.

The fact that he has had the strength to embody such a powerful and incendiary myth sets off a chain reaction: he helps each of us regain courage, on the personal level, and self-confidence facing the world. This strength of character makes him appear much bigger than the other intellectuals of his generation, who appear all the smaller. I have written that he sets himself amidst them like a block of marble. I uphold it! In fact, he never left the domain of poetry, that perpetual workshop of indispensable fairness and justice.

His vital commitment goes well beyond science and history. He claims to defend only scientific exactitude but, whether he acknowledges it or not, the fecundity of his sense of poetry as vital commitment is there to be noted. It is thanks to Robert Faurisson, ultimately, that the juice of the pineapple, as extracted by the inimitable skill of Dieudonné, is now a special elixir, dreaded like an explosive by the warders who claim to keep us in line, promoted as a vaccine for the mind for those with the sense of humour of Mallarmé, one of a cool, invigorating and heady fragrance, against the nauseating odours of the sordid gas-chamber sect’s adherents! Yes, poetry, provided it is served with full faith in the truth and in poetry’s capacity to produce the truth, is infinitely catching; subversive and generous, it distils and diffuses mental and moral health, ad infinitum! Thank you, Robert Faurisson, for having remained so perfectly faithful to it.