Prof. Revilo Oliver – outstanding scholar, brilliant political commentator and good friend of the Institute for Historical Review – died August 10,1994, at his home in Urbana, Illinois. He was 84. He is survived by Grace, his wife of more than 50 years.

Revilo Pendleton Oliver (his first name was his family name spelled backwards) was born on July 7, 1910, in Corpus Christi, Texas. A scholar of international stature, he knew twelve languages and wrote articles in four of them for prestigious academic publications in the United States and Europe. His first book, published in 1938 by the University of Illinois, was a copiously annotated translation from the Sanskrit of a play, "The Little Clay Cart." During the Second World War he was Director of Research in a highly secret War Department intelligence agency, and was cited for outstanding service to his country.

Oliver earned his doctorate from the University of Illinois in 1940, and in 1945 he began his teaching career with the Classics department there. During the early 1950s he was both a Guggenheim and a Fulbright fellow. "We regret the loss of professor Oliver," said James Dengate, current head of the department. "He was a scholar not only in Latin but in Sanskrit with quite a large reputation, an international one." Miroslav Marcovich, who was head of the department when Oliver retired in 1977, was similarly laudatory: "He was an excellent teacher during 32 years of service, and a great scholar."

A man of towering intellect and strong convictions, Oliver played an important role in conservative organizations. Between 1955 and 1959, he was a frequent contributor to William Buckley's National Review. He helped to organize the antiCommunist John Birch Society, and for some years served as a member of its National Council. Oliver was a frequent contributor to the Society's main periodical American Opinion until 1966, when he resigned following a policy disagreement with founder Robert Welch. In 1969 he supported the founding of the National Youth Alliance (now the National Alliance), headed by Dr. William Pierce. During the late 1960s and 1970s, Oliver became ever more outspoken and emphatic in his defense of the cultural-racial heritage of Europe and the West.

In an essay written shortly before his death, the editor of the "paleo-conservative" intellectual journal Chronicles (Sept. 1994), Thomas Fleming, paid tribute to Oliver's courage and intellectual integrity:

Oliver is among the most learned men who have descended into the arena of political commentary. Older right-wingers can amuse each other for hours telling stories of Professor Oliver, who used to wear a gun to class because of the many death threats he had received ... [He was] a major scholar, an expert on, among other things, the textual tradition of Tacitus ... a man honest in his prejudices, frank in his follies; most liberals are as incapable of his dignity as of his erudition 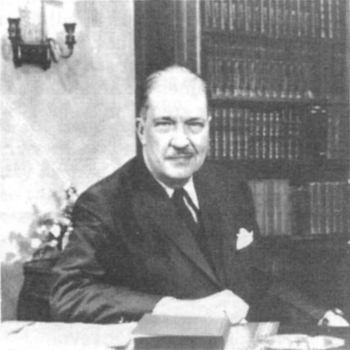 A brilliant and meticulous stylist, Oliver's writing could be elegant and erudite or sarcastic and scathing. It is a tribute to the effectiveness of his style that he was quoted by two of the speakers at the American Renaissance conference on "Race and American Civilization" held last May in Atlanta.

A 375-page collection of his political writings was published in 1982 under the title America's Decline: The Education of a Conservative. With a worthy introduction by Georgia attorney Sam G. Dickson, this collection includes a 105-page semi-autobiographical essay by Oliver, along with many of his best National Review and American Opinion reviews and essays. (America's Decline, softcover, is available through the IHR for $8, plus $2 shipping. [check www.ihr.org for current availability and price; ed.])

From 1980 he served as a member of this Journal's Editorial Advisory Committee. Recently, both in a March 11 letter and in a telephone conversation on June 19, Oliver expressed to Journal editor Mark Weber his continued support for the Institute for Historical Review and its mission, under its current leadership.

One of the most noteworthy features of Dr. Oliver's personality was the grace with which he bore his tremendous intellect and erudition ... Through decades of intimate and daily contact with the classics, Dr. Oliver lived physically in contemporary America but with an aura of the timelessness of the values of antiquity. He was not humble. He simply was himself, and as such refrained from patronizing or condescending behavior toward the less educated and humble, just as he refused to flatter the mighty.

Dr. Charles E. Weber, a member of this Journal's Editorial Advisory Committee, has written of Oliver: "His work and inspiration will live on. His life and efforts obligate those who knew and admired him to continue in our struggle."

A man of rare hardiness of mind and character, Revilo P. Oliver will be greatly missed.