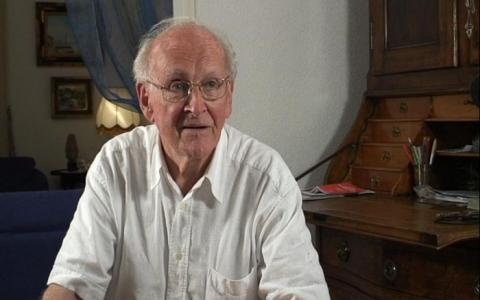 THE NEARLY 90-YEAR OLD LEGENDARY HOLOCAUST REVISIONIST is reported to have died instantly from a heart attack as he entered his home in Vichy, France after flying home from attending a revisionist gathering in Shepperton, England. This report comes via email from Lady Michele Renouf who was at the meeting and who was informed of the death by R.F.'s brother.

We even have a video, made and uploaded by Vincent Reynouard, of the shamefully disrupted meeting in which Faurisson appears. So we are all privileged to see the great man in his last hours. As Lady Renouf signed off when sending the news – LONG LIVE FAURISSON.

I'm sure we will all be redoubling our efforts at publicizing the falsity of this terrible hoax called "The Holocaust" in the wake of dear Professor Faurisson's leave-taking to join the brave revisionists who have preceded him into the pantheon of heroes. We will never give up, we will never give in. The truth is ours.