Ever since its 1979 founding, the US Justice Department's Office of Special Investigations has sought ways to force immigrants suspected of having participated in dealings of the German National Socialist regime of 1933 - 1945 with Jews and other groups detained in labor and concentration camps during World War II to leave their adopted country - forever. Over 100 persons have been forced or persuaded to emigrate during this unit's tawdry career. 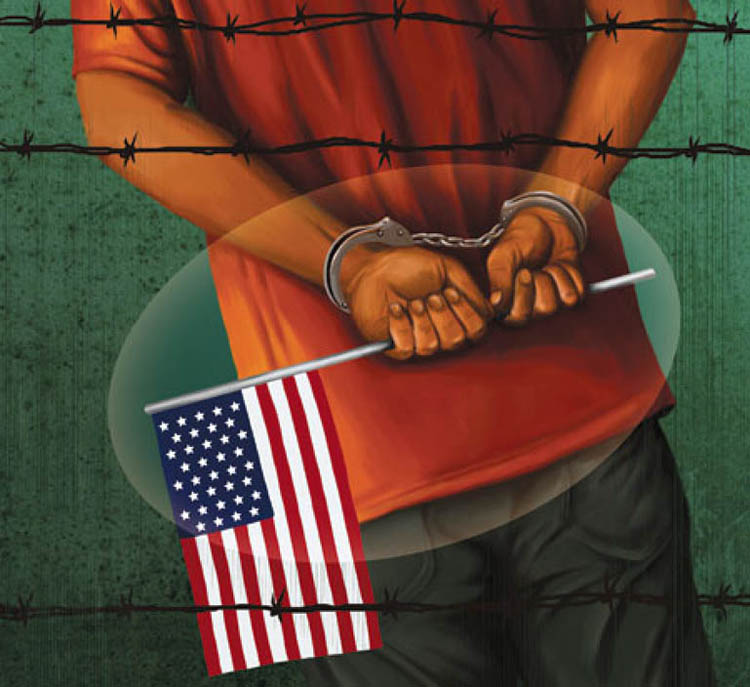 Now, at the instigation of a report by the Associated Press of last October, a way has been found – and voted into law by America's feckless Congress – to simultaneously further punish the deportees that are still alive and to welsh on the deals made with them by the OSI to persuade them to emigrate rather than face the deportation proceedings that the OSI was established to initiate.

This devilish plot consists of discontinuing the Social Security benefits that each of these unfortunates earned and paid for over their long and productive careers in America. OSI in fact guaranteed each of these "voluntary" deportees the continuation of their benefits as a quid pro quo for their self-imposed exiles, a promise it now denies having made. This documentable lie now enables the swindle: the bastards are now Over There, at their own expense and having in most cases left greater or lesser parts of their families behind, and between that and further-advanced age, are in no position to contest this execrable bait-and-switch on the part of the government that has the unmitigated chutzpah to lecture other governments on issues of morality and uprightness.

As people old enough for OSI to torment continue to die off through natural mortality, OSI is scrambling for more bodies to deport, and I have a solution for them that they might not yet have thought of. There remain today hundreds, if not thousands of such bodies all over America, and they pose no risk of flight or resistance whatsoever. Because they're dead.

OSI could easily find and apprehend these stinking Nazis, try them, convict them, and deport them. Or remove them from America's hallowed soil by some other means.

Cremation would do it – cheaply, quickly, and cleanly.