The Case of Axel Möller

“We remember only belatedly and with hesitation the suffering that came to Germans during the war.” — Günter Grass

In an essay written by Robert G. Moeller, titled "Germans as Victims? Thoughts on a Post–Cold War History of World War II’s Legacies," one is allowed to ask if those who are condemned by their World War II crimes in history can also be viewed as victims of this historical event. Moeller says:

“Against the background of debates over what shape the Holocaust Memorial should take, many Germans were also discussing how to commemorate other legacies of World War II. Consider a few examples. In 1992, Helke Sander’s film Befreier und Befreite (Liberators Take Liberties) presented the past of the thousands of German rape victims of Red Army soldiers at the war’s end. […] Two years later, as the fiftieth anniversary of the war’s end approached, papers were filled with pictures of victims of the war—in particular expellees driven out of eastern Europe at the war’s end and the victims of Allied bombing raids—and images of Germans mourning their dead and struggling to survive in the rubble.”

Although this is not a revisionist text by any means, here the war narrative seems at least for a moment to distract from those whose mantra is the orthodox Holocaust history with its terrible Nazis; to actually allow seeing the real destruction that war is. Most of the Holocaust narrative seems to forget the other side of the coin. In fact it virtually states that there is no “other” side.

In this same essay Moeller continues:

“Günter Grass… speaking as part of a forum on the ’future of memory‘ in Vilnius in October 2000, declared that the writer ‘remembers as a profession,’ and his list of those to be remembered included European Jews, Sinti and Roma and slave laborers persecuted by the Nazis. But he also commented on how ‘curiously disturbing’ it was that ‘we remember only belatedly and with hesitation the suffering that came to Germans during the war.’ Grass claimed that only in the margins was it possible to read stories of the ’death of hundreds of thousands of civilians, [killed] by saturation bombing, and the expulsion and misery of some twelve million East German refugees.’ It was finally time, Grass mused, to give voice to the ‘silence of the victims.’”

Well, Grass, a Nobel laureate and arguably the most important German writer alive at this time, was able to say almost anything… almost… but aside from this brave and clear thinking, happening in a “controlled forum” and surely completely “sanitized” of any ideology, it seems expressing publicly what you think in Germany is not free of risk. Discussing risky ideas that may challenge the orthodox view may be punishable, if what you say happens to be considered offensive by the German state, racist or hate speech. Publishing unpopular ideas is the fastest and easiest way to get yourself before a judge in a courtroom, where the outcome of the trial has been determined already by a legal environment that prohibits the accused from defending him- or herself. 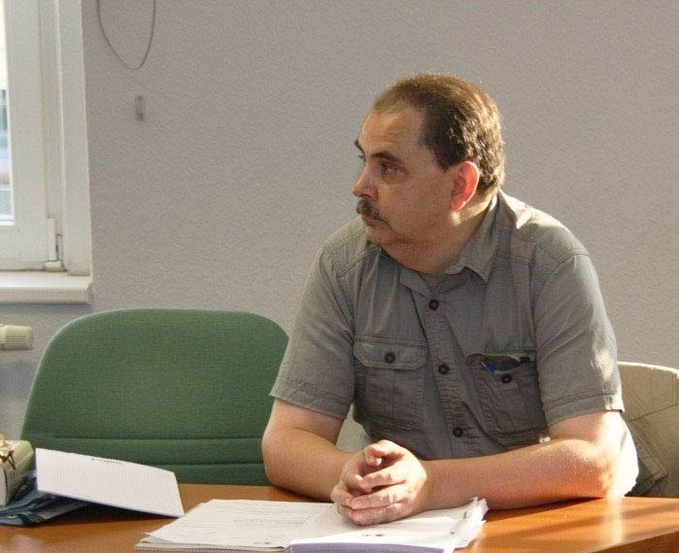 This happened to another German citizen, Axel Möller a publishing activist and fighter for free speech, born on April 9, 1964, in Stralsund, a historical Hanseatic city on the shores of the Baltic Sea. From 1997 to 2011, Möller had been running the website called Altermedia Germany that developed out of another website in which he participated called Störtebeker-Netz. Altermedia became a very successful site by publishing political and cultural news, publishing also revisionist topics, criticizing Zionism and Jewish influence. It is important to note that Möller was doing his editing job in the shadows. He was not openly working as the editor of Altermedia in Germany. But that still did not go very well for him.

By 2007 the secret service “Verfassungsschutz”—“constitutional protection”—of the Federal Republic of Germany referred to the website in its annual report in 2007 as “one of Germany’s most important information exchanges” prejudging “the main discussions within the right-wing”, and saying “it was an organ of anti-Semitism.”

Although he had already been punished for “inciting the masses” in 2000 and then again in 2002, the sentence was suspended, and lapsed in 2004.

In October 2011 the German government started a new case against him, this time with evidence from spying on him that he was the editor of Altermedia (http://en.metapedia.org/wiki/Altermedia). On this accusation, the prosecution presented 50 items, most of them reader opinions, that the prosecution did not like, as it violated the strict rules against free speech zealously enforced by the German State.

In August 2012 the prosecutor served him with a new indictment. In the Federal Republic of Germany, it is possible to pick comments from an internet article and charge the author of this article so they can start a new proceeding to sentence him to more years in prison. On March 27, 2013, Axel Möller was sentenced to another year of prison by this method. He was released on May 29, 2015, with 5 years of "conduct supervision." □