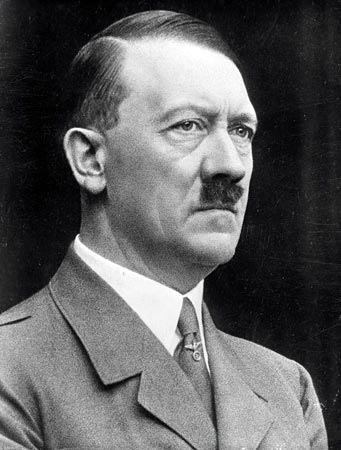 As shocking as it may seem, no order for the extermination of the Jews written or authorized by Adolf Hitler has ever been discovered. Popular media frequently suggests that there is a significant amount of material from Hitler's hand that ordered a vast extermination program. The historical evidence is just the opposite. The result of this situation is that many historians presume that the order was transmitted orally or through "winks and nods." Such a position is purely theoretical and is often used to support a predetermined historical or political bias. What follows is a series of quotes from various historians, writers and thinkers who have examined this question.

"There does not exist then, anything like a written order signed by [Hitler] for the extermination of the Jews in Europe."—Colin Cross, Adolf Hitler, (Milan, 1977), p. 313.

"Despite the great harvest of Nazi documents captured by the Allies at the end of the war, it is precisely the documents concerning the process of the formation of the idea of the final solution of the Jewish question that are missing, to the point that up until the present it is difficult to say how, when, and exactly by whom the order to exterminate the Jews was given."—Lilliano Picciotto Fargion, La congiura del silenzio (The Conspiracy of Silence), La Rassegna mensile d'Israel, May-August 1984, p. 226.

"For in the table talk, the speeches, the documents or the recollections of participants from all those years not a single concrete reference of [Hitler's] to the practice of annihilation has come down to us. No one can say how Hitler reacted to the reports of the Einsatzgruppen, whether he asked for or saw films or photos of their work, and whether he intervened with suggestions, praise, or blame. When we consider that he ordinarily transformed everything that preoccupied him into rampant speechmaking, that he never concealed his radicalism, his vulgarity, his readiness to go to extremes, this silence about the central concern of his life- involving, as it did in his mind, the salvation of the world - seems all the stranger."—Joachim C. Fest, Hitler (New York: Vintage Books, 1975), p. 681.

"Insofar as no one has yet discovered a written trace of this order [to liquidate the Jews under German control] in the sources which have been exploited up to the present, and insofar as it seems unlikely, it is incumbent on the historian to date it as precisely as possible by appealing to interpretation. Since the methods and the hypotheses on this subject are very numerous, we find ourselves confronted with very diverse opinions."—Saul Friedländer, L'Allemagne nazie et le genocide juif, Gallimard, Le Seuil, 1985, pp. 177-178.

"For the want of hard evidence — and in 1977 I offered, around the world, a thousand pounds to any person who could produce even one wartime document showing explicitly that Hitler knew, for example, of Auschwitz. My critics resorted to arguments ranging from the subtle to the sledgehammer (in one instance, literally). They postulated the existence of Fuehrer orders without the slightest written evidence of their existence. ...Of explicit, written, wartime evidence, the kind of evidence that could hang a man, they have produced not one line."—David Irving, Hitler's War (London: Focal Point, 1991), pp. 19-20.

"To the present day a written order by Hitler regarding the destruction of the European Jewish community has not been found, and, in all probability, this order was never given."—Walter Laqueur, Was niemand wissen wollte: Die Unterdruckung der Nachrichten uber Hitlers Endlösung (What Nobody Wanted to Know: The Suppression of News About Hitler's "Final Solution"), (Berlin-Vienna, 1981), p. 190.

" The New York Times' ... editorial (December 2, 1942) claimed that 'Of Germany's 200,000 Jews in 1939 all but 40,000 have been deported or have perished,' while going on to assert that 'according to evidence in the hands of the [U.S.] State Department, an order of Adolf Hitler demanding the extermination of all Jews in all territories controlled by Germany' was known to exist. Researchers nearly 40 years later were still searching for that order, or information leading to anyone who might have ever seen it at any time."—James J. Martin, The Man who invented 'Genocide': The Public Career and Consequences of Raphael Lemkin (Torrance: Institute for Historical Review, 1984), p. 40.

"No written document containing or reporting an explicit command to exterminate the Jews has come to light thus far. This does not of course mean that such direct evidence will not appear in the future. In the meantime, the presumption must be that the order or informal injunction to mass-murder Jews was transmitted orally."—Arno J. Mayer, Why did the Heavens not Darken?: The 'Final Solution' in History (New York: Pantheon Books, 1990), pp.235-36.

"The process by which total extermination replaced resettlement in Madagascar or 'the East' as the so-called final solution of the Jewish question remains unclear. No written order by Hitler for the extermination of the Jews has been discovered and the evidence of an oral order is only indirect. The chronology of the development of the extermination programme is also confused."—J. Noakes and G. Pridham, eds., Nazism: A History in Documents and Eyewitness accounts 1919-1945 - Vol. 2, (New York: Schocken Books, 1988), p. 1136.

"The archives torn from the bowels of the Third Reich, the depostions and accounts of its chiefs permit us to reconstruct in their least detail the birth and the development of its plans for aggression, its military campaigns, and the whole range of processes by which the Nazis intended to reshape the world to their pattern. Only the campaign to exterminate the Jews, as concerns its completion, as well as in many other essential aspects, remains steeped in fog. Psychological inferences and considerations, third- or fourth-hand accounts, allow us to reconstruct the developments with a considerable verisimilitude. Certain details, nevertheless, will remain unknown forever. As concerns the concept proper of the plan for total extermination, the three or four principal actors are dead. No document remains, and has perhaps never existed."—Leon Poliakov, Breviaire de la haine (Breviary of Hate) , Paris, 1979, p. 134.

"What became known in high Nazi circles as the Fuehrer Order on the Final Solution apparently was never committed to paper — at least no copy of it has yet been unearthed in the captured Nazi documents. "—William Shirer, The Rise and Fall of the Third Reich (New York: Fawcett Crest, 1960), p. 1256.

"One cannot fix the exact moment when Hitler gave the order- without doubt never drawn up in writing - to exterminate the Jews."—Christian Zentner, Adolf Hitler, Mein Kampf. An edition with commentary by Christian Zentner, Munich, 1974, p. 168.