The Passenger, opera in two acts by Mieczyslaw Weinberg. Libretto by Alexander Medvedev. Based on the novel of the same name by Zofia Posmysz.

The Passenger, promoted as "a Holocaust-themed opera," was written in the Soviet Union by Weinberg during the 1960s but, despite enthusiastic support from Dmitri Shostakovich, had to wait until 2010 to premiere, at the Bregenz Festival in Austria. Festival director David Pountney then brought it to Warsaw, London and Madrid before its US premiere in Houston in 2014, followed by a performance in New York later in 2014. It was first performed in Chicago in Feb. 2015, with Pountney as stage director.

I attended a performance for reasons that were not completely clear to me. First, like many operagoers, I view the great age of opera as having ended with Richard Strauss; some would even end it with Giacomo Puccini. I considered it likely that, on purely artistic grounds, I would not enjoy it very much. Second, my quarrel with the "Holocaust" has to do with its historicity; the problem of dramatic representation would seem, at first thought, to be unimportant, since most dramas are fictitious anyway. A statue, if invited to dinner, will not nod acceptance, let alone come, but that fact doesn't diminish the awe that we feel for Mozart's Don Giovanni, which is universally considered a masterpiece.

This is a review of Weinberg's opera, not the specific performance I saw in March 2015, so names of the performing artists are irrelevant. My final verdict on the opera's artistic merits: not bad for a modern opera, but it isn't about the "Holocaust." 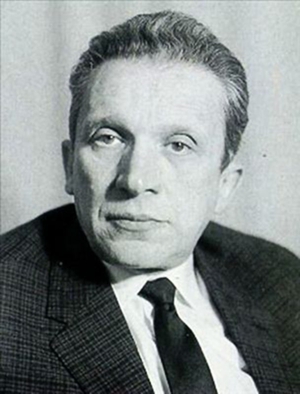 Polish writer Zofia Posmysz had been arrested in her late teens by the German occupation authorities, with three male comrades, for attending illegal meetings, and sent to Auschwitz in 1942, where she was quartered in a women's camp. Of course she and her fellow inmates were not gassed. Her novel is said to be based on her experiences there, and she attended the Chicago premiere of the opera.

The heroine of the fictitious drama is camp prisoner Marta, who is the special target of Liese, a cruel German SS guard. Apart from some silly heiling while strutting around in parade black SS uniforms, and an enigmatic episode of "selection"[1], the action is on a credible level, and could correspond to many contexts of incarceration, in camps or prisons, then or today. Marta's fiancé Tadeusz is incarcerated in the men's camp, a fact that Liese uses wickedly, though on that I think Weinberg missed an opportunity to portray a level of evil comparable to, say, the wicked trick that Baron Scarpia plays on Puccini's Tosca, though Tadeusz is eventually reported as sent to his death.

In the opera Liese had married a German diplomat after the war and they were travelling as passengers on a ship to Brazil, where he was to take up a new post. Liese espies another passenger who reminds her of Marta and is terrified that her dark secret, unknown to her husband, could be exposed by this woman.[2]

This story is not about the "Holocaust" which, in the common understanding, is about the alleged mass physical extermination of the Jews, usually in gas chambers. I believe the failure to represent it dramatically, over many years, inheres in the nature of the allegation.

Most of us will remember Schindler's List, the movie based on a novel that transformed Steven Spielberg's image from producer of technically marvelous junk into sensitive artist. There was a terrifying scene in which the audience was encouraged to assume that a group of women was about to be gassed. Even I got scared, but then water came out of the showerheads!

I don't believe Spielberg was too squeamish to portray a gassing, since there was also a scene in the film showing a huge open wagon full of corpses. Also, Spielberg was the guy who presented us, in another movie, with a man being eaten, whole and alive, by a giant Great White shark. Rather, I think there are grave practical problems in representing a gassing even approximately as claimed in the legend. Robert Faurisson has described some such problems in detail.[3]

To give another example, in 1978 NBC televised a "docudrama" entitled "Holocaust," and I wrote a review of it for the weekly Spotlight newspaper, predecessor of today's fortnightly American Free Press. I wrote (May 8, 1978):

It is one thing to read in a book that the Jews didn't resist being killed. It is quite another experience to see on our TV screens scenes where people are, as if at the supermarket or bank, quietly and cooperatively waiting in line to be machine-gunned, or calmly filing into a "shower" that at least some of them know to be in reality a gas chamber.

That expresses the problem, also, of creating a true "Holocaust opera." If it is credible at all, it will not even aim at its target. David Poutney concedes "There some people who say you can't make an opera on the Holocaust," and I think those people are right, but I add that the barrier consists mainly in the absurdity of the allegations.

We should chew on that for a while. Despite the mania for talking about it, this "Holocaust" still lacks commensurate dramatic representation. I believe that all such attempts will either be ludicrous on their faces, or give us something like the Spielberg movie, which represents genocide somewhat the way a performance of Tristan and Isolde, abruptly ending with Act II, might represent a love story.