We are pleased to welcome three scholars to this Journal's Editorial Advisory Committee. From South Africa, Russia and Switzerland, their membership reflects the international scope and impact of the Institute for Historical Review and its Journal.

Since 1970 he has been with the University of Natal (Pietermartizburg), which awarded him a Ph.D. in mathematics in 1984 for his specialized study of "combinatorics," a field related to computer science. He is currently a senior lecturer with the University's department of Mathematics and Applied Mathematics of the Faculty of Science. He is the author of several papers in internationally recognized scholarly journals.

Dr. Zaverdinos has long had a serious interest in the ancient world. In 1989 he obtained a B.A. (Honors) degree cum laude in ancient Greek studies, specializing in Socrates and Heraclitus. Since the late 1970s he has been keenly interested in Second World War history, and since 1986 has been an avid reader of revisionist publications. In letters published in leading South African newspapers, he has effectively presented revisionist arguments on the Holocaust issue while ardently defending the principle of free speech and free inquiry with regard to all aspects of the Second World War. (For example, a letter by him in the Natal Witness was reprinted in the July-August 1992 IHR Newsletter.) 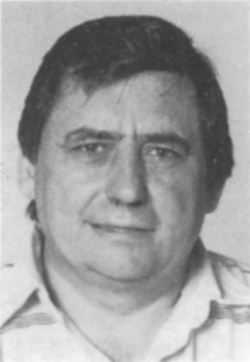 In April 1995 Zaverdinos spoke together with visiting scholar (and Journal contributor) Dr. Robert Countess at a meeting at the University of Natal. Prior to introducing Countess, he delivered an address entitled "Can the Standard Version of the Holocaust be Questioned?," in which he sharply criticized the media habit of dismissing Holocaust revisionists as "deniers" or castigating them as "right wing extremists." "For us to be capable of exercising our full humanity," he also said, "we must be in a position to make judgments based on dependable facts, and be able to distinguish propaganda from real history (to borrow David Irving's expression)."

The Journal of Historical Review, Dr. Zaverdinos strongly believes, should continue to emphasize solidly researched, factual scholarly historical writing. He supports Germar Rudolf's call (in the Nov.-Dec. 1994 Journal, p. 15) to go beyond showing what is not true about the Holocaust story, to establishing precisely what did happen to Europe's Jews in the "final solution." "In particular," he says, "the vexing question of numbers needs, in my view, a lot more exploration. Also, the extent of the very real massacres of Jews by shooting needs to be established, how this related to German security needs, and to what degree local militias participated." With regard to the emotion-laden Third Reich period, he believes that the Journal should strive for understanding, but not justification. 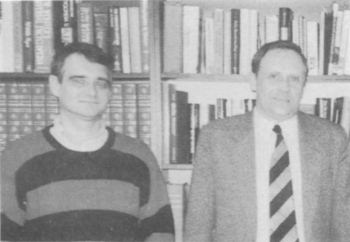 Born in 1950, Russian historian and writer Oleg A. Platonov lives and works in Moscow. He holds a doctorate in economics, with a speciality in labor sociology. He is the author of a number of historical works, including "Russian Labor," "The Economy of Russian Civilization," "A Thousand Years of Russian Entrepreneurship," and "Russian Civilization" (widely used in Russian schools), as well as volumes on the murder of Tsar Nicholas and his family, and about Gregory Rasputin.

Dr. Platonov is a contributor to prominent Russian journals, including Nash Souremenik ("Our Contemporary") and Molodaya Guardiya ("Young Guard"). Currently he is working together with a team of historians on a definitive multi-volume history of Russia in the 20th century. 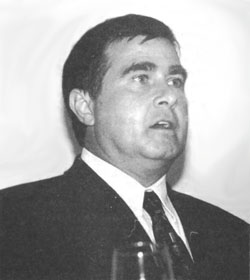 Born in 1951, Jürgen Graf is a Swiss educator who makes his home near Basel. An adaptation of his address at the Twelfth IHR Conference (Sept. 1994) appeared in the Nov.-Dec. 1995 Journal.

A meticulous scholar and researcher with an impressive command of languages, including Russian, modern Greek, Mandarin Chinese, and the Scandinavian languages, Graf is also the author of several books dealing with the Holocaust issue. (For further information, write [... address no longer valid; ed.])

Together with Italian historian Carlo Mattogno (who also addressed the 1994 IHR Conference), Graf has carried out extensive research at state archives in Russia (See the report in the Nov.-Dec. 1995 Journal, pp. 36-37). On the first of these visits, they were accompanied by retired California educator Russell Granata. 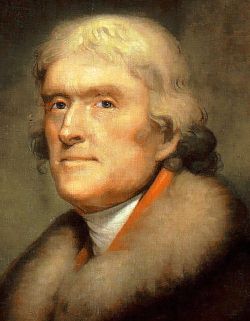 "[A] wise and frugal government, which shall restrain men from injuring one another, shall leave them otherwise free to regulate their own pursuits of industry and improvement, and shall not take from the mouth of labor the bread it has earned. This is the sum of good government ...

"Equal and exact justice to all men, of whatever state or persuasion, religious or political; peace, commerce, and honest friendship with all nations, entangling alliances with none; ... freedom of religion; freedom of the press, and freedom of person under the protection of habeas corpus, and trial by juries impartially selected. These principles form the bright constellation which has gone before us and guided our steps through an age of revolution and reformation. The wisdom of our sages and blood of our heroes have been devoted to their attainment. They should be the creed of our political faith, the text of civic instruction, the touchstone by which to try the services of those we trust; and should we wander from them in moments of error or of alarm, let us hasten to retrace our steps and to regain the road which alone leads to peace, liberty, and safety."