A Modest Proposal for Chancellor Merkel 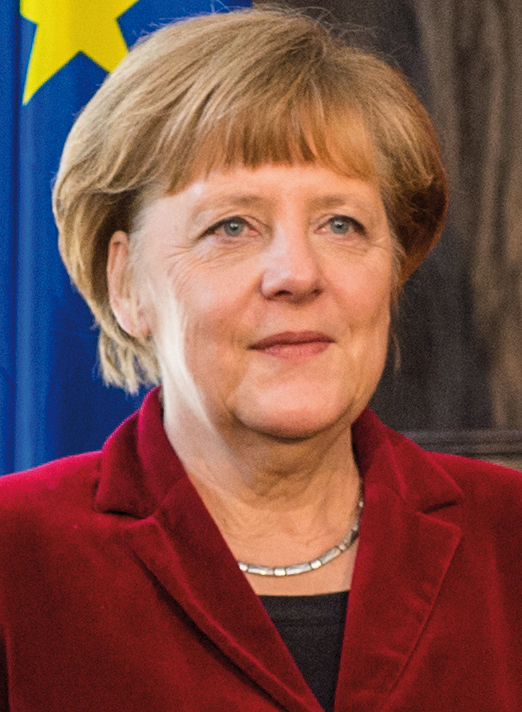 Germany—or the German government and its taxpayers, anyway—is all things to all people, at least so far as money, weapons and even Lebensraum (living space) are concerned. While Germany was still digging itself out of its own rubble, in 1952, then-Chancellor Konrad Adenauer generously donated ongoing reparations payments to victims of the Holocaust, extracted from his surviving countrymen as they struggled to rise from their ashes. Since then, Germany’s hard-working Bundesfinanzministerium has ladled out uncounted billions of dollars’ worth of these reparations to people said to have been harmed in, during, by, or around the time of the war that Germany lost. It is expensive to lose wars—more expensive, even, than winning them, which isn’t cheap, either.

So Germany, these past 63 years, has been taxing its survivors of World War II, their children, and now their grandchildren to compensate people (where the recipients were not outright frauds) who might have been at risk of inconveniences at the hands of the German occupiers of the countries they said they were in at some such time as German forces might have passed nearby on their way to someplace else. Well, there’s justice at least for those threatened by the vaunted Holocaust, and rather less justice for the grandchildren of the soldiers who were drafted into the Wehrmacht, and their wives, sisters, sons and daughters in time.

And on top of that, the weapons. Back when Israel was first about conquering its own Lebensraum in Palestine, German weapons aplenty, even Czech-made knockoffs of the vaunted Messerschmitt fighter, figured critically into the success of the Palmach and its vicious auxiliaries—knockoffs of the Waffen SS—the Irgun and the Stern Gang in eviscerating the existing Arab communities in the Chosen Homeland of the Chosen People. But those weapons were, by hook or by crook (usually the latter) bought and paid for by the end users. In more-recent times, Germany has been giving such billion-dollar gifts as Dolphin-class submarines capable of cruising the world underwater and launching cruise missiles tipped with nuclear warheads at targets hundreds of miles inland. Now that Israel is in full control of its hinterland and rapidly expanding it behind walls and its total regional air superiority (courtesy of the American taxpayers), Germany cannot bestow its cutting-edge brand-new military hardware upon Eretz Yisrael fast enough, free for nothing! Deutschland, Quelle von allem (Germany, Source of Everything), the new national anthem might go, at least as heard in Israel.

Now, with millions of Syrians and other Middle Easterners growing weary of living under the threat of bombs actually dropped by American, Russian and other countries’ aircraft, and the attendant withering under years of such disruptions of their economies, Frau Bundeskanzlerin offers not only what is left of her countrymen’s wealth, but their living space as well to incontrollable millions of foreigners who find it rewarding in their present circumstances to take her up on her generous offer. Konrad Adenauer, move over; just when it seemed impossible, you’ve been outdone, once again at the expense of the beleaguered German taxpayer.

At the instance of its “democratic” government, Germany is hemorrhaging treasure and now space through more orifices than one would care to name, entirely overlooking its ongoing funding of fiscal profligacy in Greece and other partners in the European Central Bank headquartered in Frankfurt.

How much further can this go before the good (original) people of Germany rebel, or simply give up and drop dead of exhaustion? Couldn’t something give? Nobel Laureate Günter Grass has already attacked the military largesse Germany’s government bestows on Israel’s government by way of eminently well-founded questioning on moral grounds, while he left the financial/economic effects to the accountants and other non-laureates who might concern themselves with such mundane matters. Construction of Dolphin-class weapons systems is nothing if not a huge boondoggle for the benefit of the current regime in tax-ridden Germany, quite like the military-industrial complex that exercises so much power over the tapped-out American taxpayer.

Angela Merkel, in any case, has hitched her political wagon to a powerful juggernaut of conscience in putting her countrymen’s living space and wherewithal at the disposal of millions of foreigners tired of the wars being waged in their homelands largely with imported weaponry. If reasonable victims of this profligacy begin to shout “Genug!” (Enough!), would there be anything that could be done for them without slighting the current project in second-hand altruism?

Of course, there’s a great deal of pork to cut on this lumbering sow—the first problem to arise is simply where to start. Günter Grass has resoundingly pointed the way to start by merely citing undeniable moral imperatives; it’s conceivable that progress has already been attained on this front. But there is another slab of fat that today demonstrably is wasted upon thousands—perhaps millions—of frauds or but-lightly qualified beneficiaries who in their turn besmirch Germans and Germany with an eternal mantle of shame for the alleged misdeeds of the forebears of ever-fewer of those today residing (or squatting) in Germany.

Those reparations payments. If there ever was anybody to whom Germans could be said for any reason to have owed reparations payments for policies attributed to the National Socialist government of Germany of early in the past century, the numbers of such people today could not be as many as 10,000. In the meantime, the ever-burgeoning class of mendicants under Germany’s reparations program remains stubbornly above a million, largely on the score of survivors’ children continuing to collect payments to victims who died many years ago. We are today incontrovertibly looking at a program of guilt-ridden waste of greater than 99 percent, and from here, it can only get worse.

It will have to be cut off sooner or later—the lines of people with their palms outstretched will never go away, no matter how bald-faced the lying they have to do to get or keep their snouts in the trough.

Could this be the time, when Angela Merkel has so generously offered not only her countrymen, but their country itself as well for the delectation of yet another people discommoded by prolonged warfare? Merkel may have to defend herself and her nation-dissipating policies against growing numbers of people who recognize how it is impoverishing them while threatening their peace and safety at the same time. Perhaps, along with serving justice (by discontinuing injustice) she could mollify those attacking her by shutting down the Conference on Jewish Material Claims against Germany, save Germany a few billion euros, and put an end to one of the largest, most-enduring fraudfests our hectored world has had to bear the sight of.

It would be a bold move, of benefit, for a change, to her countrymen.

That’s why she’d never do it.