Are We Revisionists? Or Reformers?

Revisionism, like history on a good day, is a gentle art. Or not. History and the revision thereof can sometimes engage passionate agents from both within the profession (of history) and without (novelists, ethnic activists, the intensely curious). This tempest, notionally, occurs within the ambit of historiography—what happened when, to whom, how, why, at the hands of whom, and so on. When viewed from an adequate distance (centuries, at least), little more than furniture. 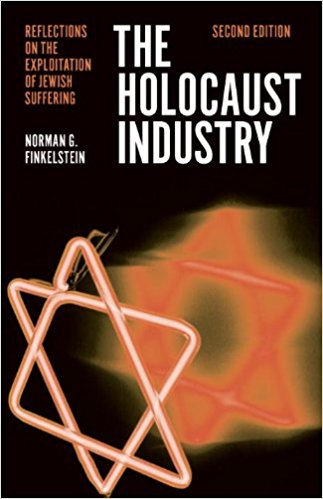 And then, there is also, very often, the matter of Egregious History, exclusively having to do with events within the past century from the present. Such, I say, is this matter of the subject encompassed of late by the sobriquet “the Holocaust.”

This matter has been controlled—quite often at the point of a gun—by agents of a particular viewpoint, or even viewpoints (plural), who could be described as demonizers of the defeated National Socialist regime of Germany and promoters of the sanctification of the nascent “Jewish state” of Israel in Palestine.

All history is informed by a witches’ brew of agendas, which boil down in different times and places to a myriad of different accounts told in different ways by different presenters to different audiences. An account of the Viet Nam War from the American perspective rendered in 2000 differs profoundly from the account rendered at the same time in Hanoi, and differs, in turn, from the account (if any) rendered at that time in Buenos Aires. Over time, it is to be hoped that these differences might wane somewhat, even as interest in, and the apparent relevance of, the events wane in the views of presenters and audiences alike.

But back to that Holocaust subject, which seems, like the Ghost of Christmas Past, to loom ever larger in our vistas even as it recedes from the present time. Or, at least, the activities of those who wish to improve the accuracy of the account come in for more and greater suppression, both legal and social. Since 1990, with the passage of France’s Gayssot Act criminalizing “Holocaust denial,” sanctions against free discussion of the subject in public have been rising in severity and spreading from country to country (19 at last count).

Mere “revisionism” no longer applies. Something much closer to “blowback” is in the offing if this repression continues much longer. It already appears to be gathering in various “upset” developments among Western democracies, at least. What is called for now is a corrective of a more-moral or, if you prefer, idealistic nature. Yes, idealism. What we are up against today is tribalism imposed via monstrous institutions such as the media, academia and that monopolist of the initiation of violence, the government itself upon populaces that stand to gain nothing from its advances, and to lose, at the very least, self-determination...

If we fail, or are repressed, then blowback must ensue as it has so often and so destructively in the past. Reform is the only way of preventing this.

We are reformers, neither more nor less. Revisionism lies in the past, in a gentler age not so riven by the insatiable ambitions of a nuclear-armed citadel of Zionism such as today besets our world.

We are reformers. Let that portion of humanity that still bears good will join us.

And may we together prevail, before it is too late.