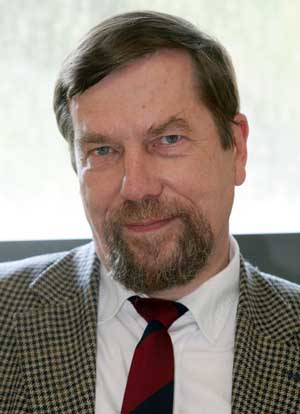 In October 1996 a German government agency “indexed” as “dangerous to youth” translations of two popular leaflets published by the Institute for Historical Review. Germany’s “Federal Review Agency for Literature Dangerous to Youth” (Bundesprüfstelle für jugendgefährdende Schriften), acting at the request of the country’s Interior Ministry, “indexed” unauthorized Internet translations of “The Holocaust: Let’s Hear Both Sides,” by Mark Weber, and “The Liberation of the Camps: Facts versus Lies,” by Theodore J. O’Keefe.

An “indexed” item cannot be publicly advertised or otherwise offered for sale to minors. Normally the agency uses its “indexing” authority to restrict distribution of pornography, although it often targets “politically incorrect” books and other literature as well.

In the case of these IHR leaflets, the impact of the agency’s action was mostly symbolic, because these two flawed German translation texts exist only on the “Zündelsite,” a California-based Internet web site that includes writings by German-Canadian publicist Ernst Zündel, reports on his activities, and extensive writings by others.

As any careful reader of the texts in question can easily determine for himself, the key justifications given by the agency for this particular “indexing” decision are simply not true. (See “German Authorities ‘Index’ Two IHR Leaflets,” July–August 1997 Journal, pp. 29–31.)

Zündel’s German attorney, Jürgen Rieger of Hamburg, formally appealed the agency’s “indexing” of several “Zündelsite” items, including the two IHR leaflets. For one thing, he argued, the agency had failed to explain precisely in what way these items were “dangerous to youth.”

In a letter to the agency, Rieger went on to remark:

Apparently you seem to think that merely to show that someone is a revisionist is sufficient basis for an indexing application. In this regard, I would like to point out that the European Union declined to adopt the comparable German laws [regarding “indexing”], and that the United Nations Organization has issued an official reprimand against the [German] Federal Justice Ministry because the Holocaust law and legal system in Germany violate the basic right of freedom of opinion.

While pushing for ever greater restrictions on freedom of opinion, the [German] Federal Republic, at the risk of loitering in the Middle Ages, isolates itself ever further from the standard of law that prevails, fortunately, around the world.

In January 1999 an administrative court in Cologne agreed with Rieger that the agency lacked a legal basis for its “indexing” of the seven “Zündelsite” items. The 1996 action, it declared, was therefore contrary to law.

Over the years Rieger has earned a hard-won reputation as one of his country’s most capable and courageous legal defenders of “politically incorrect” nationalists and patriots. And his activism is not confined to the courtroom.

Participating in the large open-air “Leuchter Kongress” rally in Munich on March 23, 1991, he delivered a detailed address on the legal situation in Germany. On September 28, 1996, he addressed 6,000 people at a meeting in Passau of the “German Peoples Union” (DVU), where he was also awarded the “Freedom Prize” of the weekly Deutsche National-Zeitung. He is also a capable writer and editor. At one time he edited the impressive scholarly journal Neue Anthropolgie (“New Anthropology”), published by the Society for Biological Anthropology, Eugenics and Behavioral Science.

Not surprisingly, Rieger’s work has provoked the wrath of spiteful enemies, some of whom have not confined their expressions of hate to mere rhetoric. On August 30, 1995, several masked leftists brutally attacked him while he was walking on a public street in Hamburg. They beat him with wooden clubs and baseball bats, and kicked him after he fell to the ground.

The attacks stopped when passersby intervened. A rescue helicopter quickly flew Rieger to a university hospital, where intensive care unit physicians treated a large head wound, a fractured wrist, and bruises all over his body. They were able to save the almost fatally injured victim only because he had used his briefcase to protect his head. All the same, his right arm and right hand were in a cast for weeks, and he was not able to move his right hand for months.

Only one of the assailants was caught and charged: a 21-year-old Iranian-born student, A. Grakoui, who held a German passport. His parents lived in Berlin where, amazingly, his mother was employed at the Jewish Museum.

Expressing no regret for the cowardly attack, Grakoui refused to name any of his fellow assailants. He was sentenced to 15 months imprisonment for aggravated assault. In addition, Rieger brought a civil lawsuit against Grakoui, who paid 20,000 marks as injury compensation.

If a similar attack had been carried out by German skinheads against an Iranian student, says Rieger, the perpetrators would have been charged with attempted murder (not aggravated assault), and sentenced to eight years (not 15 months) imprisonment.

At the time of the attack, Rieger was defending two young Germans who were being prosecuted for having used the phrase “Auschwitz myth” in a critical commentary they had issued about Spielberg’s “Schindler’s List” movie.

“When truth is buried underground, it grows, it chokes, it gathers such an explosive force that on the day it bursts out, it blows up everything with it.”
— Emile Zola