One of Germanys best-known and most controversial historians, Hellmut Diwald, died on May 26, 1993. A skilled writer and an eloquent public speaker, he was not only one of his peoples most widely read historians, he was unquestionably one of the most gifted and courageous. No ivory tower academic, he learned what it meant to come under fire for taking an unpopular stand. 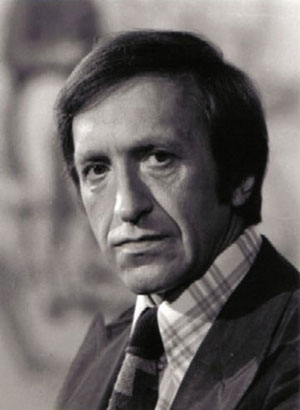 He authored numerous acclaimed works of history, including important biographies of Martin Luther, Wallenstein, Heinrich the First and Wilhelm Dilthey. Probably his most important – and certainly his most controversial – work was Geschichte der Deutschen (History of the Germans), first issued in 1978 by the prestigious Propyläen publishing house. In the two pages of the book devoted to the final solution, Professor Diwald pointed out that there were no extermination camps in Germany proper, that important claims about the camps have been revealed as lies, and that Jewish deaths in the German concentration camps were not the result of an extermination policy, but rather the consequence of chaotic and unavoidable wartime conditions. He described the postwar Holocaust campaign as one of distortion, deception and exaggeration – one meant to morally degrade and totally disqualify the German people. Diwald concluded this section by pointing out that in spite of all the literature that has been written on this subject, the central questions about the fate of the Jews during the war are still not clear.

Although it became an immediate best-seller in Germany – unusual for a heavy 760-page work of history – Dr. Diwald quickly learned what happens to even a prominent and reputable scholar who dares to cast doubt on a politically sensitive chapter of official history. As a result of the appearance of these two pages in a book written by a reputable historian and issued by a respectable publisher, that Diwald called the problem of Auschwitz, which had been quietly simmering among academics and Holocaust revisionists, suddenly burst into public attention. Quickly acceding to pressure from powerful groups, including boisterous protests from Jewish groups, sales of the first printing of 100,000 copies were immediately stopped, and a new edition with a hastily rewritten and acceptable section about the final solution was quickly substituted.

Dr. Diwald was born in 1924 in south Moravia (now part of the Czech Republic), and grew up in Prague and Nuremberg. With a doctorate awarded in 1958, from 1965 he taught mediaeval and modern history at the University of Erlangen, where he was promoted to senior professor of history.

He steadfastly refused to submit to the prevailing spirit of the times that had been imposed on the Germans by the victorious Allied powers at the end of the Second World War. The twelve years of the Third Reich, he stressed, should not be permitted to overshadow Germanys imposing thousand-year history.

He was a co-founder and leading supporter of the revisionist Contemporary History Research Center, headed by Dr. Alfred Schickel. An interview with Dr. Diwald, translated from the Austrian monthly Die Aula, appeared in the Winter 1984 issue of this Journal.

Ever since the charge was made that the SS attempted to physically annihilate the Jews of Europe, under orders from Hitler and as directed by Himmler and the Reich Security Main Office, the problem of Auschwitz had been completely blacked out. Since the capitulation in 1945, Auschwitz has also served as the main vehicle in a campaign to reduce the German people to complete moral degradation.

… Countless works have been published and claims made since 1945 that cannot be proven and which cynically add to the infamy. The most horrible events of modern times have been exploited through the use of distortions, deceptions and exaggerations for the purpose of totally disqualifying a people.

Thus, the victorious Allies claimed the existence of extermination camps of which there was not a single one in Germany. For years visitors to the Dachau concentration camp were shown gas chambers where as many as 25,000 Jews were allegedly killed daily by the SS. Actually, the rooms displayed were dummy chambers that the US military had forced imprisoned SS men to build after the capitulation. A similar case involved the notorious Bergen-Belsen concentration camp, where 50,000 inmates were supposedly murdered. Actually, about 7,000 inmates died during the period when the camp existed, from 1943 to 1945. Most of them died in the last months of the war as a result of disease and malnutrition – consequences of the bombings that had completely disrupted normal deliveries of medical supplies and food. The British commander who took control of the camp after the capitulation testified that crimes on a large scale had not taken place at Bergen-Belsen.

The deportation of the Jews took place as part of a general forced-labor program for the war industry. After the beginning of the war against Russia, the German war economy grew form month to month and reached a high point in mid-1944. All those who could work at all were inducted, including the Jews. In accordance with their special status, they were subject to especially inhumane treatment. The enormous program for their deportation by railway from all the occupied territories for use in Eastern munitions factories and work camps was justified by the military importance of their tasks and received top priority, even ahead of army transport.

Auschwitz, an old industrial town in the upper Silesian plateau, developed into a major wartime production center. The chemical industry quickly became far more important than the older zinc rolling mills and grinding works. The most significant aspect was the production of artificial rubber and petroleum from coal. On February 16, 1942, all concentration camps were incorporated into the war economy and munitions industry and accordingly came under the organizational authority of the SS Main Office for Economic Administration and its chief, General Otto Pohl.

The various camps were classified according to their importance to the war economy. Birkenau, a part of the Auschwitz complex, served as the camp for those inmates who were declared unsuited for work. Consequently, the camp had the highest death rate. On July 26, 1942, a devastating typhus epidemic broke out in Birkenau. As many as 20,000 died within three months.

That is why an especially large number of crematoria for burning the bodies were built in Birkenau. Reports of the high death rate there moved Himmler to issue an order on December 28, 1942, to reduce the number of deaths in the concentration camps at all costs.

During the war Jewish emigration was no longer possible, and the expression total solution or final solution was coined to refer to the policy whereby all Jews were to be segregated from the German population, removed from central Europe, evacuated to the East, and relocated in new ghettos. This plan was outlined by Reinhard Heydrich, chief of the Reich Security Main Office, on June 24, 1940. The central questions about what actually happened in the subsequent years still remain unclear despite all of the literature. Auschwitz is the German stigma of this century.