Shelly Shapiro is the harridan who directs the Holocaust Survivors & Friends Education Center in Albany, New York. She's led the attack against Boston gas-chamber expert Fred Leuchter, author of The Leuchter Report. Shapiro has worked to destroy Leuchter's livelihood and has tried to get him jailed, ostensibly for practicing his trade "without a license."

Why? Leuchter's report argues, from a scientific and engineering viewpoint, that the five rooms allegedly used at Auschwitz/Birkenau as "extermination gas chambers" could not have been and, in fact, never were used for that purpose. So what's the story? The story is that the "gassing chamber" story was the invention of the "anti-Fascist" Stalinist regime with the irreplaceable help of a handful of neurotic "survivors" with (an understandable) political attitude. The progressive forces strike again!

British historian David Irving accepted received opinion about Auschwitz being an "extermination" camp until he read The Leuchter Report. The Report turned him around on the gas-chamber issue. Irving published Leuchter's report in a special British edition. His foreword arguing in favor of the Report ended with a challenge:

"...it is now up to them [the historians] to explain to me, as an intelligent and critical student of modern history, why there is no significant trace of any cyanide compound (Zyklon B) in the building(s) which they have always identified as the former gas chambers.

"Forensic chemistry is, I repeat, an exact science.

The ball is in their court."

So when Shelly Shapiro heard that Irving was to speak at Mt. Hood Community College near Portland, OR, she flew out to protest the talk on behalf of the Holocaust Lobby. She arrived using the progressive, anti-anti-Semitic smear tactics that the Lobby uses so successfully to intimidate media.

The "Coalition for Human Dignity," another progressive forces group in Portland fighting against free inquiry, protested Irving's talk too. And signs are that the progressives from the totalitarian Anti-Defamation League of B'nai B'rith and Simon Wiesenthal Center were lurking in the background.

Why do I think so? Because I saw "the quote" the Portland Oregonian used to smear David Irving. It's the one quote from a historian that is used over and over again by media when Irving speaks. It's the "one quote" repeated by media when my full page essay/ad, "The Holocaust Controversy: The Case for Open Debate," which quotes David Irving, is published.

This "one quote" is hysterically critical of Irving's work. Where does media get this "one quote" about Irving? From those who would rather see Irving smeared than hear him debated. Who might that be? The Anti-Defamation League, the Simon Wiesenthal Center, the Shelly Shapiros and the rest of those who represent the Holocaust Lobby rather than those who want to get history into accord with the facts.

Why does media repeat this one Irving "quote" and this one only? Because media takes handouts from the ADL et al. like Halloween children grasp for candy at their neighbors' doors. It just doesn't occur to your average journalist that such organizations have agendas of their own.

So what is this "quote" that pops up everywhere when David Irving speaks or is quoted? Historian John Lukacs, writing in the National Review, wrote that Irving's Hitler's War

"...contains hundreds of errors: wrong names, wrong dates and, what is worse, statements about events, including battles, that did not really take place..."

After that, Lukacs becomes insulting.

All right. Maybe Lukacs is right, maybe he's wrong. My responsibility is to wonder if men other than Lukacs have other views regarding Irving's worth as an historian. That goes to my responsibility to encourage open debate on the "Holocaust."

So Saturday afternoon I spent about 45 minutes in the Visalia public library collecting the following excerpts from reviews of Irving's work over the last two or three decades. I've done this as a service to journalists both on and off campus who I send this newsletter to, because it's obvious that these idealistic men and women can't spare 45 minutes from their busy schedules to find this stuff for themselves. That's why they take handouts from the Lobby and use them as if they were scripture.

What follows is not the last word about Irving. It's not meant to be "representative," any more than the Lukacs quote is. It's meant to point out that Irving's work has been respected for decades, and to suggest that, if he no longer believes in the Auschwitz gas-chamber scam, and he no longer does, his doubting should be taken seriously.

And it's meant to demonstrate that those people who pass John Lukacs' views along to you, and his views only, as representing the worth of David Irving's historical writings are, in their hearts, liars.

"Using interviews with former members of Hitler's entourage, unexploited diaries and papers, etc., Irving reveals what Hitler knew about the unfolding events and how he reacted to them... His aim is to present Hitler as a normal man, not a 'psychopathic god,' and thus capable of being comprehended by the methods historians normally use... Highly recommended." [J.G. Williamson, Library Journal, Jan 1, '79.]

"[Irving] is as disputatious as ever, but after all he deals with a highly disputatious man. He brings out, even revels in... [Hitler's]... frequent contradictions... (The Economist, July 1, '78.]

"This fascinating narrative focusses on Hitler and his entourage as they prepared for the Second World War... Mr. Irving is dispassionate and astute when writing about the climbers and eccentrics who made up the Nazi elite." [The New Yorker, Dec 11, '78.]

"Impressively researched and written... A worthy addition to every academic library. [Choice, March '79]

"This book is a blockbuster, and not only because of its bulk. Irving is a tireless and adroit researcher, whose forte is coaxing unpublished material out of private hands. His aim is to present the war as Hitler saw it, and in so doing unlock the personality of the man himself." [J.G. Williamson, Library Journal, Dec 15, '76.]

"...Irving has always written with verve and energy... [and this book]... tells us a great deal that we did not know about Goering's direction of the Luftwaffe... The book also includes marvelous stuff on his art collecting and plundering, and provides an absorbing account of Goering's varying relationship with Adolf Hitler... But perhaps the most intriguing passages in the book... are those that show how Goering's popularity with the masses held up even when the land he had promised to protect with his Luftwaffe was being bombed at will by the Allies." [Gordon Craig, New York Review of Books, Feb 2, '89.]

"The merit of this Goering biography lies in its mass of biographical detail and in numerous... source references... []NY Times Book Review, May 28, '89.]

The War between the Generals

"Military historian Irving has written a brilliant and unusual social history of the Allied High Command. This is the war as our top commanders really lived it. There are revelations about Eisenhower and Patton that have never before appeared in print and that may shock some readers. Working from fresh sources, Irving reveals the inner war among the high command.

This work belongs in every World War II collection and should be read by anyone interested in the conflict." [S.L. Itkin, Library Journal, Mar 1, '81.]

The Destruction of Dresden

[Irving] has examined in detail the antecedents of the raid, the policy behind it, the circumstances in which it was planned and executed, and its gruesome consequences. He has not flinched from technical problems nor spared the layman technical language. But his book has a certain terrible compulsion, and its lessons come out more forcibly through his temperate, dispassionate but human style." [Hugh Trevor Roper, Best Sellers, Mar 1, '64.]

"Mr. Irving has written more than a detailed account of a single militarily questionable attack. He has, in fact, mounted a powerful indictment against war. Though similar in theme to Richard Collier's book about a German attack on London, The City That Would Not Die, this study is a more scholarly effort. Resolutely striving to be objective, Mr. Irving includes an introduction to the American edition by General Eaker, formerly 8th Air Force Commander..."

"...I must report that Irving is as objective as any writer can or ought to be when brought face to face with an atrocity of such grand scale... Those who have not read widely in the concentration camp literature are advised to skip quickly over the photographs of the bombing victims, and not to read at all the chapters describing their removal from cellars (air raid shelters), their identification and burial." [Warren Miller, The Nation, Mar 9, '64.]

"This is a superb deadpan narrative which adds a wealth of appalling detail to the dry official record..." [R.H.S. Crossman, New Statesman, Mar 3, '63.] 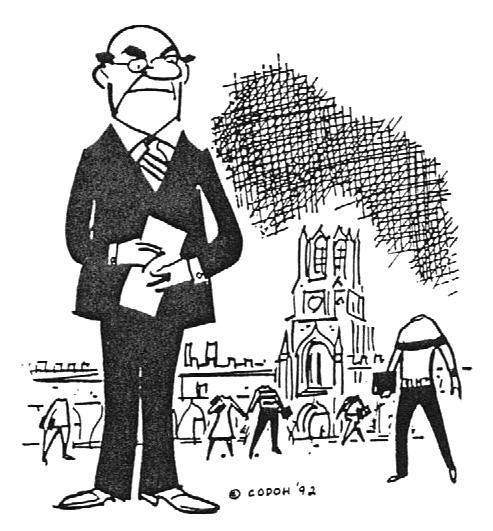 Trail of the Fox

"...is both a thrilling read and a sober portrait of the super hero [Erwin Rommel] as a bundle of human contradictions..." [Richard Boeth, NY Times Book Review, Nov. 20, '77.]

"...Irving has scented and disinterred many savory trouvailles which will certainly garnish all future studies of Rommel and his campaigns... carping must not seem to diminish the sense of gratitude one owes to Irving." [Ronald Lewin, Times Lit. Supplement, Nov. 1, 77.]

The Destruction of Convoy PQ. 17

"...Irving has written one of the best books yet to appear about a single operation of the war..."

...a serious work of history with all the objectivity and attention to detail which that implies... More than that, in its humanity, in its feeling for ordinary men trapped in hideous danger with nowhere to run, the book catches a glimpse of the true filthy essence of war itself." [D.C. Goddard, NY Times Book Review, June 1, '69.]

"By a skillful use of German sources [Irving] has constructed a most complete and illuminating account of the thinking of the German command and the operations of its ships, submarines and aircraft." [Times Lit. Supplement, Nov. 28, '68.]

"[Mr. Irving's book] is remarkable because it describes in parallel how the fight proceeded not only on the British side... but also among the Germans, in deciding to what weapons, new or old, resources ought to be applied at the war's climax." [Paul Johnson, The Economist, Nov. 28, '64.]

"[Irving] has, thank heaven, no taste for the gee-whiz school of historical writing... Mr. Irving has turned up a great deal of half-forgotten but fascinating information." [Drew Middleton, NY Times Book Review, Nov. 28, '65.]

The German Atomic Bomb: the History of Nuclear Research in Nazi Germany

"For anyone, but especially for the readers who have some technical knowledge in the field of atomic sciences, Irving's book provides fascinating reading, and a wealth of valuable information as presented in the records." [Bulletin of Atomic Scientists, June '68.]

"Irving's account can not be praised too highly. Those readers who might be lost by the scientific aspects that he relates in great detail will still find [this] a fascinating and rewarding story. [D.S. Greenberg, Book World, May 6, '68.]

"A serious, thorough history of the entire German nuclear project... Recommended very highly for public and academic libraries where it will appeal to the specialist and informed layman." [J.W. Weigel, Library Journal, May 1, '68.]

So, why don't the Shelly Shapiros and people representing the Holocaust Lobby inform journalists that there is more to David Irving as an historian than what Lukacs says? Because they are political agents representing The Holocaust Lobby! You don't have to be a rocket scientist to see through this scam, no matter what example journalists and your average professor have set for you. Shelly Shapiro is quoted in The Oregonian as saying: "There is no other side to the Holocaust." David Irving is a holocaust revisionist so there is no "other side" to David Irving either. See? That's what lobbies do. Journalists and academics, they're supposed to do something else.