Letter to the San Diego Union-Tribune
by David Merlin
Published: 2017-09-07

Thank you for your inquiry regarding the tagging of CODOH as an "Active Holocaust Denial Hate Group" by the Southern Poverty Law Center. https://edit.splcenter.org/fighting-hate/extremist-files/ideology/holocaust-denial

As I mentioned in our conversation, the characterization of the CODOH as a hate group is incorrect. CODOH is open to all people interested in history and free speech. The only thing we formally oppose is the censorship or criminalization of historical discussion.  Our founder Bradley Smith wrote, "...one certain sign of bigotry is an unwillingness to allow others to speak.”

But, to understand the absurdity of the SPLC smear, one needs to be aware of recent Holocaust research.  As you and I discussed, current mainstream research and the Revisionist perspective of CODOH have converged on many topics.

You should, I hope, be wondering why the SPLC even mentions CODOH. The SPLC is not an organization concerned with history.  I doubt that anyone in the SPLC could discuss hot research topics like Tomasz Kranz's work on Majdanek, Dr. Anna Tijsseling's Guilty Sex, or the state of the Functionalist vs. Intentionalist controversy.  Why smear CODOH?  The short answer is that the SPLC has little regard for accuracy and a overriding concern with fundraising. 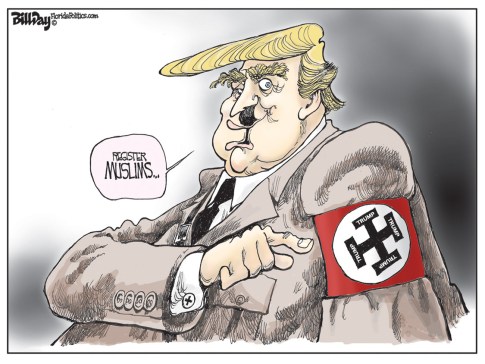 The SPLC as a fund raising machine.

The Southern Poverty Law Center is often wildly inaccurate with its ugly charges, whether in mischaracterization of innocent groups like CODOH, fanning hatred of the police, or exaggerating racial incidents. Its website banner declares, "Hate in America has become commonplace.” The latest SPLC fundraiser proclaims, "Help Us Combat Hate and Extremism in Trump's America. Please send a special gift without delay." The SPLC has found that pretending to "Fight Hate" is a great fund raiser. Rather than addressing serious social issues rationally, the SPLC plays a divisive fear-filled narrative designed to scare funds out of donors.

Something is Fishy at 400 Washington Avenue Montgomery, AL

What the SPLC does with all this money is obscure. On the Charity Navigator website SPLC reports 13.2% ($8,000,000) being spent on "Administrative Expenses,"  22.1% ($12,520,000) being spent on "Fund Raising expenses," and 64.6% being the percent of the charity's total expenses spent on the programs and services it delivers. https://www.charitynavigator.org

The obvious conclusion is that the Southern Poverty Law Center misclassifies and exaggerates the size of "expenses spent on the programs and services." The 2015 Form 990-T showed hundreds of thousands of dollars have been moved to off-shore "financial interests" in the Cayman Islands, British Virgin Islands, and Bermuda. No information is available beyond the acknowledgment of the interests at the bottom of the form.

The SPLC has found that "Fighting Hate" is a great fund raiser. But the number and influence of “hate groups” has plummeted since 1971. The SPLC has tried hard to fill in the gap with various useless programs. It has a patchwork of quarterly newspaper reports called an "Intelligence Report." It runs occasional newspaper ads on "Ten Ways to Fight Hate. "Its "Hate Map" is a publicity gimmick (which claimed CODOH was active in San Diego based on a long abandoned Post Office box!) It maintains a "Hatewatch site" and a "#ReportHate" site. In April it joined in a civil case against an obnoxious crackpot as "the first case in our promised campaign to fight back against the newly energized white nationalist movement," GERSH V. ANGLIN.  It was the first "Hate & Extremism" filed in 6 years and one of only three H&E cases filed in the last 10 years.

SPLC legal docket is now filled by Social Justice cases similar to the ACLC (some which look good and some which don't); suing a poor school district for keeping "immigrant children with limited English skills from enrolling in high school and push[ing] them into an adult English program...” Metheius v. School Board of Collier County, Florida, suing another nonprofit and a Court for charging for rehabilitation services. Ayo, et al. v. Dunn, et al., suing Mississippi Gov. Phil Bryant for cutting the state education budget, etc. etc. Nothing much for good serious fund raising.

See https://www.splcenter.org/seeking-justice/case-docket for the full list of "active cases"

It is interesting that the SPLC filed only three Hate & Extremism cases in the last 10 years yet is it frantically braying out that Hate is Common Place in America.  I get the impression that the SPLC is desperate for ugly incidents to use for scaring up more donations and would not be surprised if a number of people in the extremist racist movement were receiving funding from the SPLC.

The story that needs investigation is how the SPLC got rich by pretending to fight "hate," its bilking of hundreds of millions of dollars from gullible and concerned Americans, its dishonest classification of its expenditures, its transfer of funds off-shore, and, of course, its smearing of  CODOH. 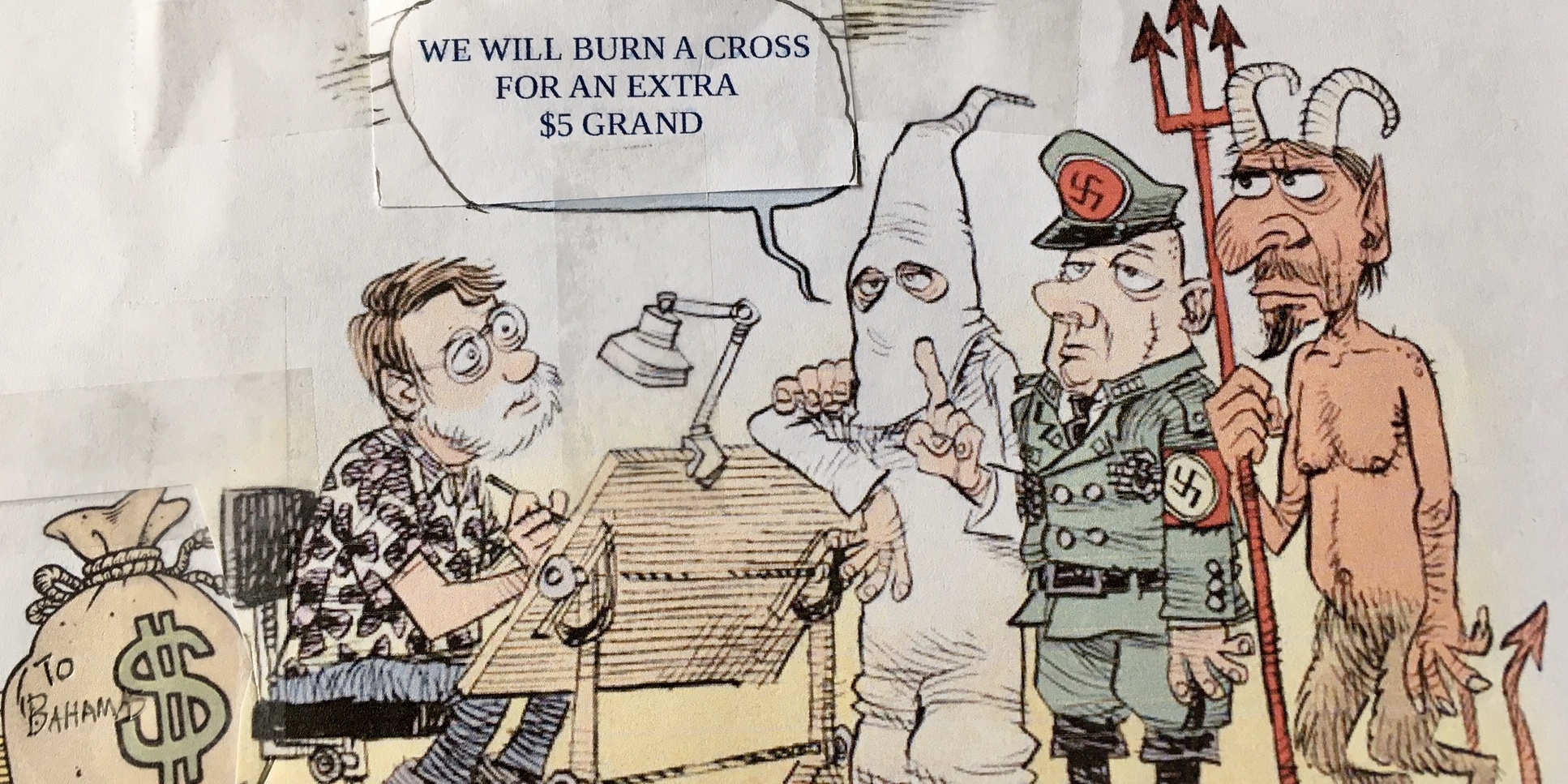 Reporters who give credence to the SPLC's tales without fact checking are  facilitating a scam and doing the public a disservice.

Yours for Honest and Ethical Investigative Reporting,