For Email Newsletters you can trust
Contribute
Donate Now!
other ways to contribute »
Popular items
About the Author
Ezra Macvie
No description available.
Why not help out and contribute one?
Featured documents
Search the Library
Advanced Search

Look Who's Back! Constantin Film. 116 minutes

He/it is the most-delicate subject in Germany, perhaps even the world, at least since the time he was alive (1889-1945). This is more-so in Germany, the country whose government he controlled in the last 12 years of his life, than anywhere else. In Germany, many (dozens?) are in jail or have paid fines for saying he was great, or even for saying he was just like the rest of us. It is, of course, a crime in law-laden Germany to say just about anything nice about der Führer of the German People/Empire.

Look Who’s Back doesn’t say anything especially nice about <the subject>, but it says nothing worse about him than that he would shoot a little dog tugging at his pants leg—on-camera at that. And his shooting of that dog, in fact, was his character’s undoing, at least until … I’m going to stop right here, to avoid spoiling it for readers who haven’t seen it yet. The original, “real” Hitler is credited with having killed far more than just a little dog, and in that he conducted wars, the charge is undeniable, and ironic in the case of this film, in which the poor dog is his only victim.

The film is, in fact, not about Hitler. It is about societal stresses, perhaps the kind, broadly speaking, that gave the man with the narrow mustache his opportunity to wield what might have been the world’s most-formidable military machine for a time that seems brief in retrospect. Germany today, more-so even than at the time (2014) the book was written, is beset by immigrants who scoff at (or otherwise overcome) such immigration controls as happen today to be held very dear by a large class of voters in the United States. Germany’s government, then as now, welcomes these immigrants and even showers them with benefits whose cost is borne by German taxpayers, not all of whom necessarily wish to see these extractions from their products so expended. 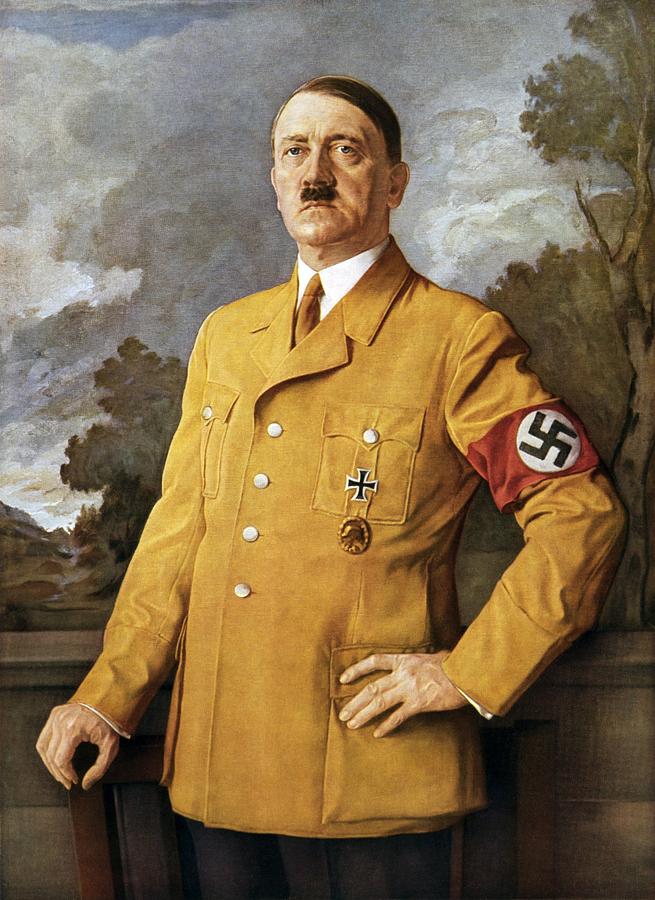 The portrayal, and the dramatic situation, are nimbly arranged, as is obligatory under a regime (still that of the Allies whose conquest was completed in 1945) that makes it a crime to say anything good about National Socialism or any of its central figures. That this book (there was a book, by Timur Veres) can have eluded the censors’ knives is a tribute to the author’s deftness in treatment of his ostensible subject, and that the movie derived therefrom can have reached such peaks of popularity as it has reached is a tribute to … what? Nostalgia for National Socialism? For Adolf Himself? For some sense of security within national borders such as presidential candidates today promise to American voters?

No matter. The desire for cultural continuity, for semblance of today to yesterday, for security, is present in every people, in every place, in every time. But what may be done, to whom, where, and why, to assuage this universal hankering that every one of us can feel in our “broader” (or narrower) moments, that is the question pointed at by this otherwise light-hearted narrative.

It is not a comedic subject, yet the film here reviewed so dances about the artifacts of an episode not-so-long past that it makes its point very visible to anyone who might engage both his mind and his heart in the contemplation that … it gives pause.

After this pause, there remains the question, what would, or should “we” do to “preserve” “our” heritage, whom should we do it to, and how should we do it? Maybe none of us should do anything. Maybe anything “we” might try to do, by certain means (government, violence) will end up hurting “us” more than it helps “us.” And then there is what all this might do to “them.” And finally, exactly why? Because of nostalgia? The fear of change? A fear of disempowerment, of becoming subject to an alien regime, in some profound way different (more oppressive?) than the one(s) we have known, whether happily or otherwise? Such matters rarely attract sober contemplation, to say nothing of penetrating self-examination.

The movie offers no answers to these questions, but it might arouse the questions at least in the thoughtful. It could even, in those accustomed to noting the corrosive influence of empowered elites (such as governments everywhere ineluctably engender) on societies that might at least prefer to let matters take their own course, rather than encouraging them in one disruptive direction or another by the taxation of the value produced by workers and subsequent disbursal of said value on projects that attract immigration by outsiders, such as welfare, aid to “refugees,” free medical care, even promotion of “diversity” racial, religious, or even sexual-orientation in society.

This is the reaction of a libertarian reviewer, who intrudes his (my) values upon what otherwise might be a straightforward description of a very entertaining movie with special appeal to viewers with some historical sensibilities. But that is exactly what this “review” is: my reaction. If you, dear reader, are in sympathy with the values I here espouse, read on and accept what I write. If you, in this particular or that, are not, then discount or reject what I write that offends your sympathies and glean what you can (if only by inverting) from what I write and decide to see (if you haven’t already) or not see the movie; the fulminations of one with whom you violently disagree can be quite as informative, can they not, as those of someone with whom you agree.

Hitler happened, and continues to happen today, if not in Germany, then elsewhere in a thousand manifestations and historico-cultural contexts. Hitler was no more than a manifestation not of leadership, but of followership, something rather as much afoot in today’s world as in yesterday’s, and day-before-yesterday’s.

We each, all and every one of us, seek salvation, if not from the government, then from religion, or some other group movement. Maybe we should. But perhaps it would end up better for each of us, if not all of us, if we sought salvation from within ourselves. Our own thoughts. Our own beliefs. And our own prescriptions for improving things—these, one might hope against hope—to be freely communicated among ourselves, one to the other, and from the other to another, one by one.

Would chaos result from this? Possibly. But chaos might indeed be better than what we’ve endured until now. It’s not hard to imagine.