Another Ordinary Life: Notes and News

*** The last couple days I have gotten notices from three unknown entities that I am to appear in court, charged with—what? The notices do not say. I am asked to open an attachment to obtain copies of the legal documents. I don’t think so. This is an attempt to lure me into something that will end by shutting down my page. Each message arrived from a different email address, but I suppose they all originated from the same party. Someone, maybe, who believes it wrong to address falsehoods at the USHMM or elsewhere? Here is the first of the three:

Notice to Appear in Court PO2373.zip

“Hereby you are notified that you have been scheduled to appear for your hearing that will take place in the court of Riverside in April 23, 2014 at 09:30 am. You are kindly asked to prepare and bring the documents relating to the case to court on the specified date. Enclosed please find the copy of the court notice for the case mentioned above. Note: If you do not attend the hearing the judge may hear the case in your absence.

I am not including the document links here so that you will not inadvertently sign into it.

*** Jack Martin drops Professor Rebecca Church, University of Iowa, a line. She is the lady who wrote last month expressing her disdain for revisionism and me.

“I wonder if you had anticipated that your exchange of e-mails with Bradley Smith would be published.

“I think that if you had anticipated it you would have been more careful with your comments or, better still, have avoided the exchange altogether, so as to avoid the inescapable embarrassment.

“In that exchange, you repeatedly impute dishonesty to Mr. Smith. In psychology, that is what is known as projection... ‘the attribution of one's own attitudes, feelings, or suppositions to others.’

“You would know that of course but sometimes our own failings are the ones most difficult for us to discern.

“A scriptural verse come to mind:

“Yet, I am reminded of a seminar, given by a prominent revisionist, that I attended many years ago. The professor had just made a critical comment concerning something a certain ‘scholar’ had said or written. A woman present chided him for it saying, ‘but he has a doctor's degree!’

“The lady's comment appeared to catch him by surprise and he seemed quite amused by it.

“‘You know,’ replied the professor, ‘some of the biggest idiots I know have doctor's degrees.’

“Maybe you should try looking at the other side of the issue:

After all... ‘Truth has no need to fear the light of day; fallacies wither under it. The unpopular views of today are the commonplaces of tomorrow, and in any case the wise man wants to hear both sides of every question.’ — Sir Stanley Unwin

“But then, looking at the other side of the issue would unavoidably take you to a place that would end in career termination, wouldn't it?

“No choice at all there... unless truth actually matters... which, in the hallowed halls of contemporary academia, it seemingly does not.

“On second thought, it does matter... a great deal. It matters to the extent that it is, as they say... streng verboten!

“‘I may be wrong,’ to quote basketball great Charles Barkley, ‘but I doubt it.’

“Perhaps, in your capacity as history professor, you can point to some credible empirical evidence for the ‘Holocaust’ legend that revisionists have either missed or failed to understand. If so, please enlighten us. But if all you can offer is abuse and insult, you will be justifiably seen as one either lacking in competence in your field of presumed expertise... or in personal integrity... or both.

“Incidentally, the dodge that a particular point of view is unworthy of the dignity of a reply will not wash. That is simply cowardly evasion and thinking people will immediately recognize it as such. But then, there are probably not many ‘thinking people’ where you work.” 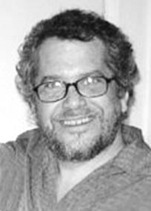 Mark Weber reports that David Cole—now 45 years old—was in good form as he addressed a spirited, well-attended IHR meeting in southern California on Feb. 22, 2014. His lively, articulate presentation was packed with colorful anecdotes, humorous asides and eye-opening insights. The event included an introduction by Weber, and a robust question-and-answer session.

Cole stands by what he said and wrote during the 1990s about Auschwitz and the Holocaust. He is not a Holocaust revisionist to make any kind of political point. There is no political or ideological “agenda” or motive behind his non-conformist views on this subject, or his extensive investigation of the Holocaust issue, he explained.

He also ran one of the largest GOP organizing operations on the West Coast, “Republican Party Animals,” which mixed congressmen, military leaders, and administration officials with rock and roll, pole dancers, and abundant alcoholic beverages. There’s much more about this, Cole added, in his forthcoming memoir, Republican Party Animal. http://tinyurl.com/kvmj5o3

There is a two-hour audio recording of the IHR event available from IHR as a two disc CD set. http://tinyurl.com/lpq8rkt

*** On 16 March I attended a lecture by David Irving at the Hampton Inn, a bit north of San Diego. Normally I could not have attended because of the traveling expense, but I had an appointment the next morning with oncology and general surgery at the VA Hospital in La Jolla, less than ten miles from where he was speaking.

The get-together was a modest affair in a fine little conference room, a dozen people seated around one table with Irving at the head and me, a late-comer with my driver, Paloma, sitting at the other where some of his books were stacked.

The talk was on “Dr Goebbels, Hitler, and the Holocaust.” A big subject. Everything I heard was interesting. I made notes on a little pad but after ten days they are no longer useful. I do recall that I was surprised to find that Hitler had a sense of humor, and was sentimental about a number of his relationships. The sentimentality complicated how he worked with a number of associates in government and in the military as well. A personal characteristic that adds to his humanity—he was only a man, as Stone has it—and that looks to have been at the root of some deadly mistakes on his part. It’s a subject that I would like to learn more about, but. . . .

I had thought, hoped, that some of the attendees would be people I know through my own work but have never met. In the event, all the attendees were new to me. That in itself was interesting. A dozen new revisionist faces in my own neighborhood.

In the end I was aware that there is no one I would rather listen to, lecturing or just talking, than David Irving. He is the best speaker, as a speaker, I have ever listened to.

*** The next morning at the VA I learned that the cancer is back for the third time, but moving very slowly. It’s too early to do even preliminary surgery to see what’s what. We’ll take another look at it in a couple months. Meanwhile, I feel ok.

*** Only yesterday I learned that Bank of America has set up a Merchants Services account for me and by the time you have this to hand I will once again be able to accept donations via credit card, something that I have not been able to do for going on two years. Is that good news, or what?

*** “Life is what happens to you while you were making other plans. – John Lennon

*** Did Oliver Stone read Primo Levi? Levi is quoted: “Monsters exist, but they are too few in numbers to be truly dangerous. More dangerous are the functionaries ready to believe and act without asking questions.” It’s the behavior of the “functionaries” that catches my attention.

I have written elsewhere about my own behavior as a soldier in 1950/51. I volunteered to leave a safe post in Carlisle Pennsylvania to serve as a rifleman in Korea. Not out of patriotism, but for an adventure. Once there my understanding was that I would be willing to do anything I was ordered to do. I was ready to believe and to act without asking questions. I would be the perfect “functionary” I was only twenty years old, but in a civilized society I would have learned to not follow blindly our Great Leader in Washington D.C.

*** In the 29 March issue of Veterans Today Jonas E. Alexis addresses a book by Bryan Mark Rigg titled Hitler’s Jewish Soldiers, which earned Rigg the Colby Award in 2003. Alexis tells us that Rigg argues that “tens of thousands of men of Jewish descent served in the Wehrmacht during Hitler’s rule,” and according to his best estimate, the number of soldiers of Jewish extraction was more than 150,000.

This suggests a couple interesting questions that I might put to Mistress Bloomfield at the USHMM. Surely this is a matter that is treated in great detail on their Website. I think I’m joking here, but we’ll see.

*** Thanks to one and all who contributed to the work in March. It looks like in April I will continue to address Ms. Bloomfield at the USHMM and send it all over the Internet. We’ll see what comes of it.