Can a Song Be a Crime?

Alison Chabloz has been suddenly called back from Manchester with only one days notice, because the Prosecution wishes to redefine the terms of her bail. A week earlier, she had turned up for a rather strange indeed unheard-of type of prosecution. A Campaign against Anti-Semitism had decided a song of hers violated Section 127 of the 2003 Communications Act, and was ‘grossly offensive.’

In Britain today, can you be prosecuted because someone reckons your behavior is offensive?* No-one seemed to be providing evidence of anyone having been offended – we merely had the word of  Jonathan Goldberg QC, prosecution barrister (who had three attorneys sitting behind him for some sort of moral backup). Mr. Gideon Falter, chair of CAAS, evidently reckons so. Normally it is the business of the CPS, the Crown Prosecution Service, to bring such charges, but Mr. Falter reckoned they were being rather dilatory in prosecuting anti-semitism and he is speeding up the process by taking out this private prosecution. 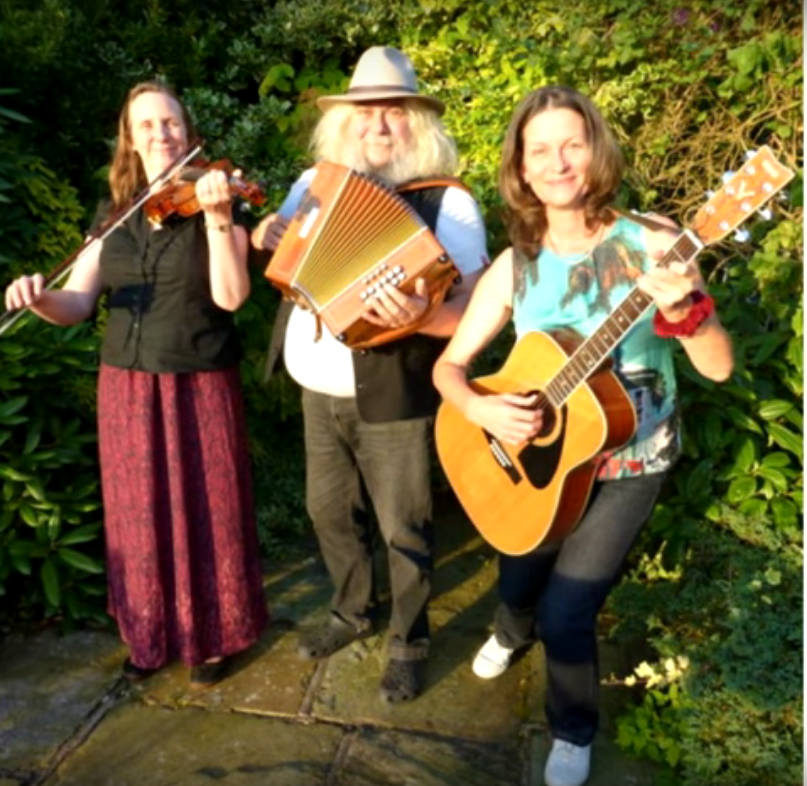 The distinguished British philosopher and tenor-sax player Gilad Atzman turned up to give Ms Chabloz some moral support, and I felt his presence was quite significant. Let’s hope he blogs about it. The best feature of this hearing was Ms Chabloz’s marvellous lawyer Adrian Davies, let’s hope he is still defending her in March.

Can a song be a crime?  The dire charges – anti-semitism, racism, Holo-denial – have effectively ended her career as a folk musician. Tell me about it. The doors do clang shut once Gods’s Chosen People reckon you don’t believe in their Holo-narrative. You thereby come to understand, like never before, who controls our world.

Let’s have a quote from her about her prosecution:

Thursday December 15, I shall be appearing in court for the first time in my life charged with causing gross offence after posting my song (((Survivors))) on YouTube. What makes this case special is the fact that I am not being prosecuted by the Crown; it is a private prosecution taken on by the chairman of the wealthy Zionist ‘charity’, Campaign against Antisemitism (CAAS), Gideon Falter, who – in order to persuade the judge that publishing my song merits a heavy fine – will have to prove that my song is not ‘grossly offensive’.

I should here confess: after her inspiring performance at a packed London Forum, ’Songs of the Shoah’ she did allude to my book.  She has been described as ‘the pin-up girl of Stormfront.´

You might want to check out here Alison’s rather sensible views on the deliberately obscured Havaara Agreement, and how Red Ken’s political career was suddenly over because of his (correct, factual) comments upon the matter.

Coming back to the bail trial, the judge told her she is not allowed to tweet or blog about her prosecutor Gideon Falter. That was unfair, her lawyer objected, because he had been tweeting about her – overruled. Nor – here was the punch line – was she allowed to do anything ‘racist’ or ‘anti-semitic’ or ‘grossly offensive:’ if she does she will be locked up until her trial, next March. These are incredibly vague and undefined terms. But I suspect Mr. Falter is not going to find this trial the pushover which he has expected.

It is clear that the Communications Act of 2003 was designed to regulate commercial broadcasting in relation to the OFCOM inspectorate – not for private individuals.

It is vital that the great British tradition of satire – from Hogarth to Private Eye – is defended. One is permitted to scoff at people, especially rich, influential people – it is not a crime.

There is a lot at stake here. While talking to a former member of the British punk-rock band ‘Crass,’ he played me a bit of the ghastly racket they used to make, and I heard the dire lyrics. The Crown tried to prosecute them under the Blasphemy Act – but gave up. That is an important precedent. It’s called freedom of expression. I personally object to Jews insisting that everyone else has to believe their fictional, fabricated, fake narrative about what did not happen in the German labor camps of WW2; and salute Alison Chabloz for pointing out, in humorous songs – that IT DIDN’T HAPPEN.

NO, Mr. Falter, it’s a fictional story. And, by the way Mr. Falter, you have no drop of Semitic blood in you. But your country is exterminating the Semites, and stealing their land. It’s called genocide.

*  ”This is what happens when this group are upset by something. They assume they have the right not to be offended, as they obviously so easily are. It’s almost impossible to be part of their mind-virus unless you have been programmed into it…” Mark windows.