The article "Grundwasser im Gelände des KGL Kriegsgefangenenlager Birkenau" ("Ground Water Levels at Birkenau Prisoner of War Camp") by Michael Gärtner and Werner Rademarcher,[4] published in German for the first time in 1998 and reproduced in this edition, attempts to show that the existence of "cremation pits" in the courtyard of Crematorium V and the area around the so-called "Bunker 2", as described by several eyewitnesses, was a technical impossibility due to the high ground water levels at Birkenau.

Newly discovered documents now permit a more in-depth treatment of this important contention. Analysis of these documents is preceded here by a few comments of a more general nature.

Numerous documents from the Zentralbauleitung (Central Building Administration) of Auschwitz-Birkenau written between 1941 and 1944 refer to very high water tables at Birkenau, but we must first determine exactly what is meant, in concrete terms, by the references involved.

An "Explanatory Report on the Preliminary Design for the New Construction of the Waffen-SS Prisoner of War Camp, Auschwitz O/S", dated 30 October 1941, states as follows, under the headline "Building Land":[5]

"The soil characteristics are poor. Underneath the humus soil are loam and chalky clay, with imbedded gravel and subterranean sand banks of lesser dimensions. The ground water level fluctuates between 0.30 and 1.20 m. The terrain is marshy at the present time."

A "Construction Order for the Expansion of the Waffen-SS Prisoner of War Camp in Auschwitz O/S. Construction of 25 Barracks Buildings for Personal Effects", dated 4 March 1944, states as follows, under the heading "Building Land":[6]

"The soil characteristics are poor. Underneath 25 cm-thick layer of humus, loam appears, with imbedded gravel and subterranean sand banks of lesser dimensions. The ground water level fluctuates between 0.30 and 1.20 m. The terrain is marshy at the present time."

Taken literally, this appears to indicate that the ground water level at Birkenau had not dropped even a single centimeter in almost two and a half years, despite the fact that "sewerage system and water treatment" work ("Bauwerk 18) began on October 21, 1941, and was 60% finished on December 13, 1943.[7] However, it was not the drainage system which needed to be finished, but rather the waste water treatment system. Drainage excavation ditches E, F and H of Bauabschnitt (Building Segment) III were almost entirely finished by September 1943.[8] This appears to suggest that the latter work was undertaken after the much more urgently needed work had been carried out on Building Segments I and II. 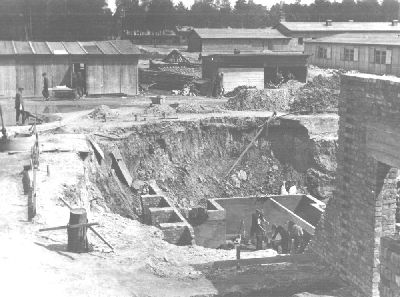 Fig. 3: Excavation work for the foundation of the Central Sauna in May 1943. 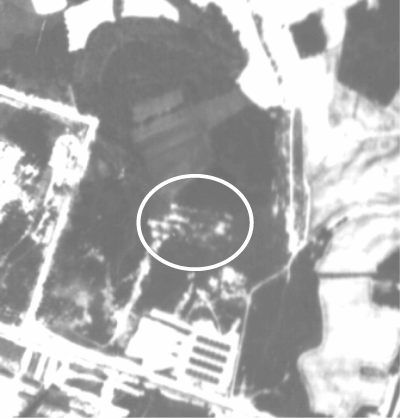 Furthermore, a "catastrophic" fall in the ground water table in the area around Auschwitz had already been noted in February 1944. This is evident from a letter from the head of the Central Building Administration Jothann "to the Regierungspräsidenten - Division IIIQ - Kattowtiz" dated 10 February 1944, which begins as follows:[9]

"As a result of the catastrophic fall in the ground water level in the area around Auschwitz, the wells sunk to supply the concentration camp and related operations are no longer sufficient." (See Fig.1)

Although the above refers to Auschwitz Main Camp (concentration camp) – rather than the Birkenau Camp, located some distance away, in the immediate vicinity of the Sola and Weichsel rivers[10] – this letter suggests that ground water levels at Birkenau itself, less than one month later, on 4 March 1944, might also have been perceptibly lower than in October 1941. The references to the ground water table in the documents prepared between 1943 and 1944 might not be based on actual investigations. They may well be purely bureaucratic in nature, reflecting, in reality, the situation of October 1941. In practice, the data under the heading "Building Land" might simply have been transferred from one document to another.

This work was performed for building structure (BW) 19, which was, of course, not related to the sewerage and water purification work at that time – these tasks were the responsibility of BW 18 – but rather to the camp water supply installation. Excluding the possibility of error – the occurrence of which appears rather improbable – this anomaly might be explained by administrative habit. A total of 1,931.5 pump hours were worked; for the most part, this work was performed during Building Segment (BA) II, during which, in particular, 251 pump hours were listed for drainage of the excavation work for Crematorium II and 269 pump hours for the drainage of the excavation work of Crematorium III. These two crematoria possessed a semi-subterranean cellar, the floor of which was approximately 2 meters below ground. Underneath the floor a 50 cm cellar foundation of concrete (Sohle) was laid, to act as a balance against the pressure exerted by underground water.[22]

It follows that ground water levels may have fallen during this period of time, but certainly not below 2 - 2.5 meters.

How are we to explain the fact that a photograph of the excavation work on the Central Sauna taken in May 1943[23] shows a pit more than 4.3 meters deep, completely dry on the bottom[24] (see Fig. 3[25])? The answer to this question is provided by the above mentioned reports: the excavation work which preceded the construction of the Central Sauna was certainly undertaken with the help of drainage pumps, and, it may be assumed, motor-driven pumps, since the reports contain no reference to construction works using hand-operated pumps at the Central Sauna.

Other documents confirm that the ground water level during this time period was considerably higher than the above mentioned 4.3 meters. A report dated 9 May 1943, relating to the measures taken by Kammler, then head of the Central Building Administration, during his Auschwitz visit of May 7th of that year, states as follows[26]:

"The [SS garrison doctor] objected to the pit system stating that pollution of the ground water was to be expected due to the high water level [...]"

In a later report on the topic of "Latrines in Building Segment III" dated 19 July 1943, Bischoff reported:[27]

"It must also be assumed with 99% certainty that the water is not filtered through the poor subsoil, and since Building Segment III is located between the Sola and the Weichsel, it is fairly certain that the flow of ground water from this Building Segment (in totally marshy terrain) also runs through the concentration camp, endangering the camp water supply through contamination of the ground water. The installation of field latrines must, therefore, absolutely be rejected on hygienic grounds, in addition to which the terrain is already completely marshy, as already stated." 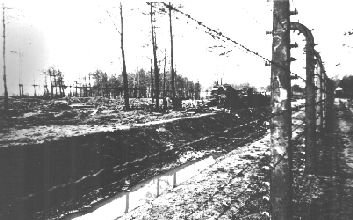 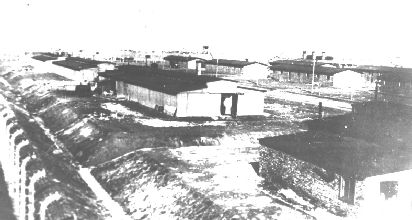 Fig. 6: Draining ditch in another sector of Birkenau Camp. The exact location can only be identified with difficulty.[29]

At the end of 1942, when the so-called "Bunker 2", with its alleged homicidal gas chambers, according to common sources, is supposed to have entered into operation, work on Building 18, i.e., the drainage system, was only 40% finished. Accordingly, the high ground water levels were even higher at that time. Outside the camp terrain, the situation reflected the situation described in the report dated 30 October 1941, i.e., the ground water level still fluctuated between 0.30 and 1.20 m. It is therefore clear that the alleged "cremation pits" at "Bunker 1" could not have been more than one meter deep.

The factual background to these mistaken eyewitness reports consists of mass graves excavated during the first half of 1942, when the small crematorium in the Main Camp was no longer able to cremate the bodies of the epidemic victims. The high ground water level also provides a tentative explanation for the extraordinary length and width of these mass graves, to compensate for their lack of depth. Two of the air photos taken in 1944, in fact, show traces of four pits outside Birkenau Camp (approximately 160 meters north of Crematorium V, see Fig. 4). These pits are approximately 10 meters wide; two of them are approximately 100 meters long, while the other two are approximately 130 meters long[30].

By the early summer of 1944, the ground water level, which had fallen at the beginning of the year, had risen again. This is evident in a telegram from Jothanns to Kammler dated June 2, 1944. Jothann stated that he had refused approval, on hygienic grounds, for the use of 14 barracks located in Building Segment III of Birkenau Camp, adding:[31]

"The barracks are only partly covered, the terrain is marshy, and not leveled in any way. There is a danger of pollution of the ground water and the creation of other hotbeds of epidemics."

For this reason, any two pits, two to three meters deep, dug in the north courtyard of Crematoriums V, would certainly have struck water at the bottom. The ground water level was even higher in the area near the so-called "Bunker 2", located outside the grounds of the camp, rendering the excavation of pits of this depth absolutely impossible.

In March of 1945, the ground water level was relatively low once again, as may be seen from Figures 5 and 6; by that time, however, six or more months had passed since the time period in question here: these photographs therefore depict a ground water level different from that which existed during the summer of 1944.