Crossing Swords in France on the Holocaust Issue

Assassins of Memory: Essays on the Denial of the Holocaust, by Pierre Vidal-Naquet. Translated and with a foreword by Jeffrey Mehlman. New York: Columbia University Press, 1992. Hardcover. 205 (+ xxvi) pages. Notes. Index. ISBN: 0-231-07458-1.

In no country has Holocaust revisionism gained greater ground than in France. Most of the blame or credit for this belongs to one man: Dr. Robert Faurisson. A victim of numerous costly legal battles, ten physical attacks (one of them nearly fatal), and an unrelenting media smear campaign, this specialist of French literature and text and document analysis has had a profound impact solely because of the solidity and persuasiveness of his arguments – arguments bolstered with a astonishing mountain of documents and compiled in years of meticulous research in archives in at least four countries.

In the years since he first presented his arguments in two articles published in the influential Paris daily Le Monde (December 29, 1978, and January 16, 1979), few efforts have been made to confront the substance of his arguments. This book by French Jewish scholar Vidal-Naquet is the most serious try at it.

This is not a new work. It is a collection of four essays that appeared first in France in 1980, 1981, 1985, 1987, and as a newspaper article in Le Monde in April 1981. The fact that this largely outdated work has been pressed into urgent service in 1992 – with considerable applause from America’s intellectual establishment – suggests a feeling of urgency on the part of the powers that be in dealing with the revisionists. 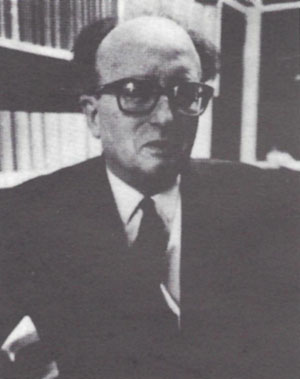 Assassins of Memory has been given the most prestigious and flattering treatment that a book can receive in this country: a laudatory front page review (along with Lipstadt’s Denying the Holocaust) in the nationally-distributed New York Times Book Review (July 11, 1993). And yet, the appearance of this book is no cause for rejoicing, as psychiatrist Walter Reich complains in his Times review. “… The Holocaust deniers,” he writes, “have grown ever more successful in having their arguments presented – and heard with receptivity and respect – in high school classrooms, on college campuses and on television talk shows.”

This unhappy mood verging on despair is further manifest in what is probably the most remarkable and interesting portion of this book: the 1992 foreword by Jeffrey Mehlman, a professor of French literature at Boston University. In five pages of Mehlman’s foreword, one can find these words about either his friend, Vidal-Naquet, or about his friend’s work:

A tone between rage and pessimism … disenchanted … bizarrely pessimistic … aberrant … most intriguing [meant pejoratively] … forced … camp of the dogmatists … dispirited … oddly dispirited pseudo-conclusion … dispirited … depressing … refusal of open debate … having written a book about (and against) arguments which he claims to regard as beneath consideration … stridency and insult … a venting of outrage … his declaration in Le Monde [Feb. 23, 1972] seems both like a closing of establishment ranks and an a priori refusal of discussion …

For years now, Vidal-Naquet has been the Nemesis of Faurisson, even testifying against him in court. While he has repeatedly claimed that he does not believe that Faurisson should be brought to trial because of his views, he has belied this by his actions. In an English-language interview broadcast on American radio in mid-December 1992, Vidal-Naquet said that he opposes laws that criminalize revisionism, but also stated: “I hate Faurisson. If I could, I would kill him personally.”

French officials have bestowed numerous honors on Pierre Vidal-Naquet. His appointment to the Légion d’honneur was announced in the July 14 (Bastille day) 1990 issue of France’s official gazette of laws (Journal officiel de la République française). In the same issue of the Journal officiel also appeared the text of a remarkable law specifically designed to criminalize “denial” of the Holocaust, a statute that can rightly be called the “Lex Faurissonia.”

The core of this book is the first essay; its title, “A Paper Eichmann,” refers to Professor Faurisson. Unless the reader pays close attention to footnotes, he might not realize that Faurisson had already replied in scrupulous detail to Vidal-Naquet’s points in a lengthy essay published in France in 1982. This reply is mentioned here in just four footnotes, and no mention whatsoever is made of the 52-page English-language version, “Response to a Paper Historian” (a reference to Vidal-Naquet), which appeared in the Spring 1986 issue of this Journal.

In his “Response,” Faurisson has done a magnificent job of answering every one of Vidal-Naquet’s pertinent points and arguments. In his 56-point reply, Faurisson sought to leave no stone unturned. Reading this devastating counter-attack, it is not difficult to understand Vidal-Naquet’s reluctance to let people know of its existence. (It would, of course, be redundant and impossible to duplicate here what Faurisson has already written: the reader interested in a scrupulous revisionist response to the specific points and charges made in this book are referred to the Spring 1986 Journal, pp. 21–72.)

For years the “party line” on dealing with revisionists was simply to ignore them. Confronted with the continued progress of revisionism, this tactic has given way to a campaign of misrepresentation, vilification, censorship, fines and violence. So clever and deceitful are the Holocaust revisionists (so the argument goes), that the public is unable to see through their specious arguments. Therefore, they must be attacked ad hominem and never permitted an opportunity to respond.

In his preface, Vidal-Naquet accordingly insists that: “One can and should enter into a discussion concerning the ‘revisionists’… but one should not enter into debate with the ‘revisionists’.” Faurisson, in his essay, “My Life as a Revisionist” (published in the Spring 1989 issue of this Journal), provides a tart reply to this comment. After taking note of some of Vidal-Naquet’s reluctant but significant concessions to truth (pp. 53–55), Faurisson wrote:

To draw an analogy from sports, Vidal-Naquet thinks he is better than Faurisson at tennis; not only that, he claims that Faurisson cheats at tennis. Should the latter suggest a match, before a referee and in public, Vidal-Naquet would respond that he would certainly like to play, but only on the condition that there be no opponent. He would ask the judge to declare him the winner in advance; the public’s job would simply be to confirm the decision.

In the opening sentence of his chapter “Theses on Revisionism,” Vidal-Naquet writes: “I shall call ‘revisionism’ the doctrine according to which the genocide practiced by Nazi Germany against Jews and Gypsies did not exist …” This definition is dangerously ambiguous because he provides definition of genocide. Every serious revisionist – including Faurisson – readily acknowledges that European Jews were victims of a cruel and harsh policy – one that could well be described as genocidal, but one not essentially different than the treatment many other peoples have endured through the ages.

This book’s silly title is typical of the Holocaust literature of our day, even this supposedly serious work. It suggests that revisionists are intellectual criminals who are murdering the sacred “memory” of Holocaust survivors. Implicit here is the notion that it is a sin, a sacrilege, to question the “memory” of (Jewish) “martyrs.”

Well, does this include the now-discredited “memory” of the five witnesses in the Demjanjuk trial who, under oath, identified John Demjanjuk as a mass murderer at Treblinka? Who are the “assassins” of those “memories”? And who “assassinated” the “memories” of those who talk about soap bars made from the Jewish soap?

Or what about the “memory” of the prominent former Auschwitz inmate Rudolf Vrba? In sworn testimony in the 1985 trial in Toronto of Ernst Zündel, Vrba calculated, based on personal observation, that at Auschwitz-Birkenau during a 25-month period (April 1942 to April 1944), the Germans had “gassed” 1,765,000 Jews, including 150,000 from France. Later, under rigorous questioning, this impostor admitted to having resorted to “poetic license” in making these claims. (See Faurisson’s essay, “The Zündel Trial,” Winter 1988–89 Journal, pp. 420–421.)

Although Vidal-Naquet vows, in his preface, that “I have nothing to reply to them [revisionists] and will not do so,” a good portion of this book is devoted precisely to that purpose. He also makes a few grudging concessions to revisionist arguments. He writes (p. 97) that

there was no gas chamber functioning at Dachau, that The Diary of Anne Frank, as it has been published in various languages, raises problems of coherence if not of authenticity, [and that] … Krema I, that of the Auschwitz [main] camp, was reconstructed after the war by the Poles.

In recent years, every serious anti-revisionist has been obliged to make concession after concession to the revisionists in order to salvage what he believes is the core of the Holocaust story.

In the two Le Monde articles mentioned earlier, Faurisson insisted on the physical and chemical impossibilities of the “Nazi gas chambers.” An alarmed French intellectual establishment responded to these articles with a statement – co-authored by Vidal-Naquet and signed by 34 scholars – that will certainly be long remembered as one of most shameful in that country’s intellectual history. The declaration (published in Le Monde, Feb. 21, 1979, and cited by Mehlman in his foreword to this book), concludes with the words:

The question of how technically such a mass murder was possible should not be raised. It was technically possible because it occurred. This is the necessary starting point for all historical investigation on the subject. It has fallen to us to recall that point with due simplicity: there is not nor can there be a debate over the existence of the gas chambers.

It has proven necessary for the defenders of the Holocaust story to ignore even this injunction. Anti-revisionist researchers such as Jean-Claude Pressac have devoted considerable time and energy to an effort to show precisely “how technically such a mass murder was possible.”

Another early retort to Faurisson was an article in Le Monde, fittingly headlined “An Abundance of Evidence,” that claimed that proofs of execution gas chambers are plentiful. As Mehlman notes, even leading Holocaust historians must now admit that there is no such “abundance” – merely tortured interpretations of documentary evidence. Even once widely quoted “testimonies” of “survivors” and famed postwar “confessions” of German officials are being abandoned. As Mehlman goes on to inform the reader, even Princeton University professor Arno Mayer (himself Jewish) in his book 1989 book, Why Did the Heavens Not Darken?: The “Final Solution” in History, acknowledged that “Sources for the study of the gas chambers are at once rare and unreliable,” and that more Jews perished at Auschwitz as victims of disease than were put to death – a view at odds with the “official” Auschwitz extermination story.

This book concludes with words of doubt: “Will truth have the last word? How one would like to be sure of it …” With sadness, Mehlman aptly comments on a striking contrast of moods:

Whereas Vidal-Naquet is left dispirited at the end of this volume as to the future prospects of truth, Zola’s great slogan has fallen – diabolically – into the adversary camp. “Historical truth is on the march,” writes Faurisson, and “one is hard put to see who might stop it.”

"Be not intimidated, therefore, by any terrors, from publishing with the utmost freedom whatever can be warranted by the laws of your country; nor suffer yourselves to be wheedled out of your liberty by any pretenses of politeness, delicacy or decency. These, as they are often used, are but three different names for hypocrisy, chicanery and cowardice."
—-John Adams