Since October 1997, German historian Udo Walendy has been serving a prison sentence for publishing dissident historical writings on the Holocaust issue. Two German courts have found him guilty of the crime of "popular incitement" for items that had appeared in several issues of the "Historical Facts" booklet series he edits and publishes.

On May 17, 1996, the district court in Bielefeld sentenced Walendy to a 15 month prison term (non-suspended), even though he had no previous criminal record. As routinely happens in such cases in Germany, the court refused to consider any of the technical or scholarly evidence offered by Walendy's attorneys. A year later, on May 6, 1997, a court in Herford imposed an additional sentence of 14 months imprisonment (non-suspended).

In addition, in November 1996 the Dortmund district court fined Walendy 20,000 marks for having twelve copies of Mein Kampf in his possession. Without a shred of evidence, the court charged that he planned to distribute these copies of Hitler's autobiographical manifesto, which is banned in Germany. The court went on to declare:

... The planned distribution of the books manifests an extreme and therefore particularly dangerous mindset. The books are propaganda for dismantling the constitutional and legal system of the Federal Republic of Germany, and establishing a National Socialist system of injustice ... This must be judged very severely. 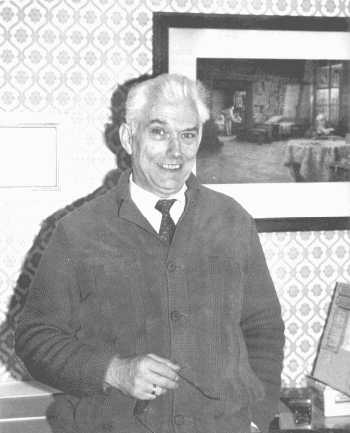 A few months earlier, on February 7, 1996, a squad of 20 policemen, some of them armed, raided Walendy's business and residence. Ignoring Germany's "data protection law," they seized office records and computer diskettes, downloaded copies of his computer files, sealed his office safe, and took him away for fingerprinting.

Guilty for What He Didn't Write

Herford court Judge Helmut Kröner found that Walendy had not knowingly published lies, but rather had broken the law by publishing "one-sided" history that did not give sufficient attention to alternative interpretations. Judge Kröner declared to Walendy (as reported in the Westfalenblatt newspaper, May 8-9, 1997):

This [case] is not about what was written that's not for this court to determine – but rather about what was not written. If you had devoted just a fraction of the same exactitude to high-lighting the other side [of the Holocaust issue], you would not have been sentenced. However, your total one-sidedness is precisely the opposite of the scholarly method. You continually suggest to your readers that if this and that point [of official Holocaust history] is not correct, the rest can't quite be true either. In this way, the Holocaust is reduced to the level of an industrial accident.

In its judgment, the Herford court dealt at some length with Walendy's writings, his alleged method of operation and his motivation. Although during the proceedings he did not dispute that Jews had been persecuted and annihilated during the Second World War, the court found that Walendy's publications nonetheless amount to denial or "whitewashing" or "trivializing" ("Verharmlosung") of the wartime treatment of Europe's Jews, which under German law constitutes the crime of "popular incitement" (Volksverhetzung). Walendy "denies the historically determined fact of the million-fold murder of Jews by the National Socialists," the court declared, "and thus offends every Jew. This attacks the human dignity of each and every Jew ... "

The court also found that Walendy cites, "on a very scholarly-historical basis," quotations and facts that contradict, "in many specific points, the accepted version of German guilt for the Holocaust and other National Socialist crimes." He "seizes on weak points ... and greatly blows them up in order to encourage a feeling of doubt in the reader." The court went on to state:

In dealing with war crimes of the Allies (American and Russian), the defendant points to numerous specific cases, which he discusses and comments on at length. He thereby gives the reader the impression that the Allies were responsible for most of the war crimes of the Second World War, while the portion committed by the Germans is to be considered rather small ...

The court cited a passage in a "Historical Facts" issue in which Walendy reported approvingly on the findings of American gas chamber expert Fred Leuchter, who concluded that the alleged "gas chambers" at Auschwitz could not possibly have been used for killing prisoners, as alleged. "By uncritically repeating the supposed findings of this 'expert," the defendant endorsed them," the court declared.

The court criticized Walendy for reprinting, in "Historical Fact" No. 66, the text of an article from the Basler Nachrichten newspaper of June 13, 1946, "How High is the Number of Jewish Victims?" The article, reprinted from what the court acknowledged is "a respected Swiss periodical," thoughtfully discredits the commonly accepted estimate of six million Jewish wartime victims, and instead put the true figure at between one and one and half million.

"In connection with the other articles in issue No. 66," the court went on, the reprinting of this Swiss newspaper article encourages "the uncritical reader only to conclude that there is no solid proof for the systematic persecution and extermination of Jews, given that all figures must be treated with great caution and that, after all, one cannot say which claims are true and which are not."

"In these ["Historical Facts"] issues No. 66 and 68, the defendant attempted to pursue only the goal of denying and whitewashing the historically settled fact of the systematic persecution and extermination of Jews." In the Herford court's view, Walendy's "denial or whitewashing of the genocide of the Jews is meant to disturb the public peace. In this connection, it is not significant whether or not the public peace was in fact disturbed or not ... "

Walendy told the court that to make sure that the text of each forthcoming issue of his "Historical Facts" series conforms to the law, he routinely submitted the manuscript to four attorneys for their expert review. However, the Herford court simply dismissed the legal opinions of the four attorneys as meritless.

Now 71 years old, and in relatively good health, Udo Walendy is a veteran revisionist historian, author and publisher. In 1956 he earned a "Diplom-Politologe" (Dipl. Pol.) certificate that affirms his specialized study and knowledge. For a time he was employed as a teacher by the German Red Cross.

He is the author of several books, perhaps the best known of which is a detailed revisionist examination of the origins of the Second World War, Truth for Germany, which has been available for decades in both German-and English-language editions. (See the March-April 1995 Journal, pp. 28-29.) He also translated and published the German-language edition of Dr. Arthur Butz's book, The Hoax of the Twentieth Century (which has been banned by German authorities).

Beside books, Walendy's publishing firm has issued a series of popular-scholarly "Historical Facts" booklets. More than 70 issues in this informative, illustrated, magazine-format series have appeared since the mid-1970s. The most recent issues have been published by VHO in Flanders ([...address no longer valid; ed.).

In 1979 Walendy addressed the first Conference of the Institute for Historical Review, and since 1980 has been a member of this Journal's Editorial Advisory Committee. In 1988 he testified in the second Zündel "Holocaust trial" in Toronto.

On October 12, 1997, just after his release from a clinic where he had been under medical treatment, three policemen took him to begin serving his prison sentence. Recently he was given the right to leave the penitentiary in Münster, where he has been held, for "weekend visits" with his family. (He can be reached at Postfach 1643, 32590 Vlotho, Germany.)

Walendy is not the only person who is in a German prison for expressing forbidden historical views. Since November 1995, Günter Deckert, a one-time high school teacher, has been serving a 44 month prison term for revisionist statements and activities.

He was given a two year sentence for "popular incitement," "incitement to racial hatred" and "defamation of the memory of the [Jewish] dead," because he had expressed approval of the findings of American gas chamber expert Fred Leuchter regarding the technical-chemical impossibility of gassings at Auschwitz. In June 1996 an additional 20 months was added to his prison term because he had organized a public meeting in September 1990 at which David Irving had spoken, and because he had distributed revisionist books. (For more on the Deckert case, see "Two-Year Prison Sentence for 'Holocaust Denial'," May-June 1995 Journal, pp. 40-42, and "Political Leader Punished," July-August 1993 Journal, p. 26.)

In October 1994 Germany's parliament sharpened the law against "popular incitement" to make it apply more directly to "Holocaust denial." The new amendment makes it a crime for a person "in a manner that could disturb the public peace, publicly or in a meeting" to "approve, deny or whitewash" genocidal actions "carried out under National Socialist rule." Offenders are liable to fines and up to five years imprisonment. Noteworthy is the fact that German law applies only to the Third Reich regime and era. It does not criminalize "denial" of genocidal actions carried by Communist, Zionist, Democratic or other regimes.

(For more on the legal repression of historical revisionism in Germany, especially with regard to the Institute for Historical Review and it work, see: "German Government Issues Statement on the IHR," Nov.-Dec. 1995 Journal, pp. 34-35; "German Authorities 'Index' Two IHR Leaflets," and, "Institute Letter to German Authorities," both in the July-August 1997 Journal, pp. 29-31.)