In a drawn-out case that has received considerable international press attention, a German court recently sentenced Günter Deckert, leader of a small nationalist political party, to two years' imprisonment for "denying the Holocaust." A Karlsruhe regional court handed down the sentence on April 21, 1995, after Deckert had already been found guilty of "inciting racial hatred" during a November 1991 meeting he had organized in his home town of Weinheim.

American gas chamber expert Fred Leuchter, author of a widely distributed forensic report about the alleged execution gas chambers at former German concentration camps in Poland, spoke at the meeting. On the basis of an on-site forensic examination of the alleged "gas chambers" at Auschwitz and Majdanek, Leuchter concluded that these structures were never used to kill people as claimed, and simply could not have been used for that purpose. Deckert translated Leuchter's address, and made some supporting comments of his own.

Leuchter – who addressed the IHR conferences of 1989, 1990 and 1992 – was charged along with Deckert. However, the American specialist decided not to go to Germany to cooperate with German authorities in the legal proceedings against him.

Günter Deckert, 55-year-old federal chairman of the 5,000-member National Democratic Party (NPD), graduated with distinction in law from the University of Heidelberg. He is a former elected member of the city council of Weinheim, a city of 42,000 in southwest Germany. He first came into conflict with the authorities in 1988, when he was dismissed as a high school teacher because of his political views and activities.

While explaining that he does not "deny the Holocaust," or "question that Jews were maltreated" in the Third Reich, Deckert says that "we don't want to accept dogmas." At the same time, he questions the supposedly unique character of Germany's persecution of the Jews, estimates of the numbers of victims, and other specific claims. "The real question is, was mass murder possible in places now shown to the public as gas chambers? I say no. In what are shown as the gassing places, and with the techniques described, mass murder was not possible."

Throughout his protracted ordeal, Deckert has remained defiant and spirited. "1 will continue the struggle for freedom of thought, research and opinion," he says. "In a democracy that deserves the title, this must be taken for granted." (For more on the Deckert case, see the July-August 1993 Journal, p.26.)

As Deckert walked into the Karlsruhe court on the day of his sentencing, supporters stood up and shouted "Heil, Heil for Deckert." As the sentence was read out, a dozen sympathizers in the courtroom shouted "Freedom for Deckert."

For his role in the 1991 Leuchter meeting, a district court in Mannheim convicted Deckert in November 1992 on charges of "popular incitement," "defamation of the memory of the [Jewish] dead," and "inciting racial hatred." The court ordered Deckert to pay a fine of 10,000 marks (about $6,300), and sentenced him to one year imprisonment (suspended for four years). State prosecuting attorneys had demanded a two year jail term.

Germany's highest criminal court, the Federal Court of Justice (Bundesgerichtshof), found that the original judgment had been "too general," and sent it back to the Mannheim court for reconsideration.

In June 1994 the three-judge Mannheim district court reaffirmed its earlier verdict. While the court's decision to uphold the suspended sentence was remarkable enough – given the cultural-political climate that prevails in today's Germany – what was really astonishing was the courageous language used by the judges to explain their ruling.

They sympathetically described Deckert as a

personality of strong character, conscious of responsibility, with clear principles. He fights for his heartfelt political convictions with great commitment and considerable expenditure of time and energy ...

Citing his outstanding academic record and his successful teaching career, the judges characterized Deckert as "a man of high intelligence," and expressed the view that "these intellectual attainments will help the defendant to avoid future entanglements with the criminal justice system." (Frankfurter Allgemeine Zeitung, Aug. 10, 1994)

... The defendant openly embraces revisionism. That is, he regards it as imperative to reconsider, through continuing research, even supposedly settled historical theses. In this way, he hopes to bring about a change in the generally accepted view of the National Socialist era in history writing and in the media, notabl; with regard to the issues of German war guilt and the destruction of the Jews.

The judges also commented with understanding on the social-political context of Holocaust revisionism:

The politically right-wing defendant is not an anti-Semite in the sense of the National Socialist racial ideology, which ultimately denied the Jews the right to life ... On the basis of his pointedly nationalist outlook, though, he bitterly rejects the ceaselessly insistent emphasis on the Holocaust by the Jews, along with financial, political and moral demands by them against Germany on the basis of this, even today, nearly 50 years after the end of the war.

In his view, mass murders of Jews by means of gassing never took place in the National Socialist concentration camps ... We do not ignore the fact that, on the basis of the persecution of the Jews, extensive claims of a political, moral and financial nature are made against Germany – even today, some 50 years after the end of the war – while at the same time the mass crimes of other nations remain unpunished ...

These words from the Mannheim court predictably set off furious criticism from the usual circles. Prominent newspapers and politicians, along with Jewish groups in Germany and abroad, denounced the sentence as too lenient and sharply criticized the judges' expression of empathy with the defendant. Newspapers in Germany and the United States devoted greater attention to these criticisms than to what thejudges had actually said, or even to the facts of the case itself.

In an editorial denouncing the ruling as a 'judiclal outrage," the New York Post (Aug. 20, 1994) told readers: "By their manifest sympathy for Deckert's efforts, the Mannheim judges throw the reality of this crime into question, legitimating so-called 'Holocaust revisionism' and injuring Germany's international image." 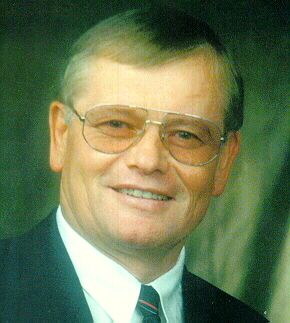 Reaction was not confined to mere words. Several days later – in a move that mocks Germany's boast of an independent court system – the Mannheim court presidium announced in a terse statement that two of the three judges of the Mannheim district court, would be replaced immediately. "Health reasons" were cited.

The Federal Court of Justice once again reviewed the Mannheim court ruling, and in December 1994 ordered a regional court in Karlsruhe to set a new sentence. The result was the twoyear jail sentence announced on April 21.

"Holocaust denial" is not protected under Germany's "Basic Law" guarantees of freedom of opinion, the coun

try's highest court has specifically declared. In an April 26, 1994, ruling, the Federal Constitutional Court stated that "denial" of the Holocaust extermination story is a "provenly untrue" and punishable assertion.

This action reversed a surprising March 1994 ruling by the Federal Court of Justice, which had ~ound th~t to dispute claims of gas chamber killings In wartime German camps is not a crime. It declared that Deckert's statements did not violate the law.

Jewish organizations such as the Simon Wiesenthal Center in Los Angeles promptly condemned that ruling. A prominent national newspaper, the staunchly pro-Zionist daily Die Welt, declared (March 16, 1994): "One wipes his eyes in astonishment ... Whoever denies Auschwitz not only attacks the human dignity of the Jews, but shakes the basic foundations of this society's conception of itself."

A similar view was expressed by California's most influential daily paper, the Los Angeles Times (editorial, March 18, 1994), which denounced the ruling as "irresponsible." In a letter to the Times which was not published, the Institute for Historical Review commented:

The call by the Times to outlaw in Germany any public dispute of claims of gas chamber killings at Auschwitz and other wartime German camps is arrogant and insulting. Germans should have the same right as Americans, Canadians, Japanese and other nationalities publicly to question aspects of the Holocaust story. There should not be one standard of democracy for Germans, and another for Americans and everyone else. Or does the Times believe that "Holocaust denial" should be criminalized in the United States?

Fred Leuchter, a recognized American execution hardware specialist, is not a "neo-N azi," as the Times asserts ... This charge is a scurrilous falsehood.

Amidst all the clamor, there were a few voices calling for calm and reason. In a front page editorial (April 7, 1994), the influential nationally-circulated German daily Frankfurter Allgemeine Zeitung warned against further moves to criminalize dissident views of the Holocaust story. "Recognition of the truth is not something that can be compelled. To forbid lies is laughable," it admonished.

A few weeks later, another Frankfurter Allgemeine Zeitung editorial declared: "Historical truth cannot be established by law. This would not be appropriate in a country dedicated to liberalism, however painful or awkward this might be in individual cases.

"Holocaust denial" is illegal in Germany. German law makes it a crime for a person, "in a manner that could disturb the public peace, publicly or in a meeting" to "approve, deny or trivialize" genocidal actions "carried out under National Socialist rule." Germany's parliament sharpened this law in September 1994, making offenders liable to fines and up to five years imprisonment.

It is also unlawful in Germany to display, import or export symbols or signs of "unconstitutional parties or organizations," including the swastika, distinctly National Socialist songs, certain rune symbols, Hitler's Mein Kampf and other National Socialist writings, and the raised arm greeting. Likewise illegal is "propaganda material" directed "against the liberal democratic basic order or the principle of understanding among nations."

A growing number of persons have been punished under these laws in recent years.

Germany's special laws give it a second-class status among the world's "democratic" nations. Germans are not permitted the same freedom of expression that is taken for granted in almost every other country. Views that are perfectly legal expressions of opinion in most of the world, including the United States, are unlawful in Germany.

American press coverage of the drawn-out Deckert case has been slanted and error-ridden. News reports in the New York Times (March 17, 1994) and the Los Angeles Times (August 11, 1994), for example, inaccurately characterized Fred Leuchter as a "neo-Nazi."

Leading German newspapers and politicians, as well as Ignatz Bubis, chairman of the Central Council of Jews in Germany, praised the recent two-year jail sentence of Deckert. His revisionist views, said Bubis, are not simply a matter of right-wing extremism, but a direct attack upon Germany's constitution.

Bubis wants the other European countries to follow Germany's example and ban dissident views of the Holocaust story.

. "A man such as Deckert would not be punished in the Netherlands, in Great Britain or in Denmark. In no other European country would he be brought before ajudge. It is time for the European countries to busy themselves with this." (Die Welt, Aug. 30, 1994)

"I opposed and protested every step in the policies which led us into the Second World War. Especially in June 1941, when Britain was safe from German invasion due to Hitler's diversion to attack Stalin, I urged that the gargantuan jest of all history would be our giving aid to the Soviet government. I urged we should allow these two dictators to exhaust each other. I stated that the result of our assistance would be to spread Communism over the whole world. I urged that if we stood aside the time would come when we could bring lasting peace to the world. I have no regrets. The consequences have proved that I was right."
—Herbert Hoover
radio broadcast
August 10, 1954