Prof. Elizabeth Loftus is permanently under pressure to justify her thesis that human memory can easily be manipulated to 'recall' events that actually did not take place. In June 2001, she published more recent findings, which indicate that human memory is even less reliable than she had already found in earlier studies. To make her research understandable to everybody, Prof. Loftus chose a background to which Johnny Doe can easily relate: Disneyland. The following report was taken from the Internet: [1]

About one-third of the people who were exposed to a fake print ad describing a visit to Disneyland and how they met and shook hands with Bugs Bunny said later they remembered or knew the event happened to them.

The scenario described in the ad never occurred because Bugs Bunny is a Warner Bros. cartoon character and wouldn't be featured in any Walt Disney Co. property, according to University of Washington memory researchers Jacquie Pickrell and Elizabeth Loftus. 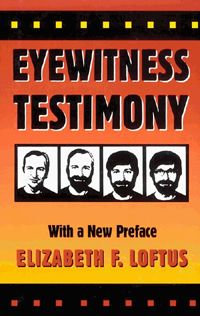 Pickrell will make two presentations on the topic at the annual meeting of the American Psychological Society (APS) on Sunday (June 17) in Toronto and at a satellite session of the Society for Applied Research in Memory and Cognition in Kingston, Ontario, on Wednesday.

"The frightening thing about this study is that it suggests how easily a false memory can be created. It's not only people who go to a therapist who might implant a false memory or those who witness an accident and whose memory can be distorted who can have a false memory. Memory is very vulnerable and malleable. People are not always aware of the choices they make. This study shows the power of subtle association changes on memory."

The research is a follow-up to an unpublished study by Loftus, a [former] UW psychology professor who is being honored by the APS this week with its William James Fellow Award for psychological research; Kathryn Braun, a visiting scholar at the Harvard Business School; and Rhiannon Ellis, a former UW undergraduate who is now a doctoral student at the University of Pittsburgh.

In the original study, 16 percent of the people exposed to a Disneyland ad featuring Bugs Bunny later thought they had really seen and met the cartoon rabbit.

In the new research, Pickrell and Loftus divided 120 subjects into four groups. The subjects were told they were going to evaluate advertising copy, fill out several questionnaires and answer questions about a trip to Disneyland.

"'Remember' means the people actually recall meeting and shaking hands with Bugs. 'Knowing' is they have no real memory, but are sure that it happened, just as they have no memory of having their umbilical cord being cut when they were born but know it happened.

Creating a false memory is a process. Someone saying, 'I know it could have happened,' is taking the first step of actually creating a memory. If you clearly believe you walked up to Bugs Bunny, you have a memory."

In addition, Pickrell said there is the issue of the consequence of false memories, or the ripple effects. People in the experiment who were exposed to the false advertising were more likely to relate Bugs Bunny to other things at Disneyland not suggested in the ad, such as seeing Bugs and Mickey Mouse together or seeing Bugs in the Main Street Electrical Parade. Pickrell said:

"We are interested in how people create their autobiographical references, or memory. Through this process they might be altering their own memories. Nostalgic advertising works in a similar manner.

Hallmark, McDonald's and Disney have very effective nostalgic advertising that can change people's buying habits. You may not have had a great experience the last time you visited Disneyland or McDonald's, but the ads may inadvertently be creating the impression that they had a wonderful time and leaving viewers with that memory. If ads can get people to believe they had an experience they never had, that is pretty powerful.

The bottom line of our study is that the phony ad is making the difference. Just casually reading a Bugs Bunny cartoon or some other incidental exposure doesn't mean you believe you met Bugs.

In earlier works, Prof. Loftus focused mainly on the influence of real or invented traumatic events on human memory, as shown in preceding articles.[2] This new study shows how media products like ads, intruding into our world of experience, have a manipulating effect. It is obvious that the power of the media to manipulate human memory is considerably larger than the influence of personal interviews. Whereas not even 20% of all persons exposed to two suggestive interviews claimed false, implanted information to be part of their own memory,[3] this latest example shows that already on single intensive exposure to a fake media advertisement by a trusted source can suffice to deform the memory of 30 to 40% of all persons subjected to such an experiment. 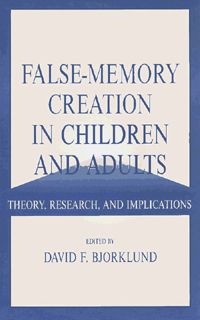 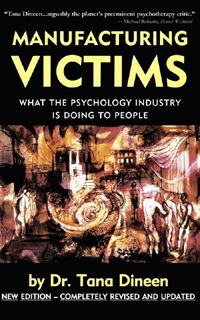 This reflects the faith most people have in the media - including advertisements as long as they stem from well-known and trustworthy companies, all the more so because in our times, commercials make up the majority of all contents transported by the media, particularly in most mainstream printed periodicals.

What, then, can we expect when basically all trustworthy and renowned media of the world have been exposing everybody on this globe with an ever increasing shower of one-sided, distorted, and even fabricated 'information' about the 'Holocaust,' including of course those who witnessed these (alleged) events? How reliable can testimony from such witnesses possibly be today? What is therefore the value of all those projects focusing for several years now on uncritically recording witness accounts of 'survivors' on tape and video?[4]