Half a Century of Rebellion

Q: Thanks first of all that you have agreed to this interview.

A: You’re most welcome.

Q: And then, of course, happy birthday! How does it feel to be half a century old?

A: Thanks, well, not good. But then again, I don’t really care. After 50 years we all are of the same age. And a year is a pretty arbitrary time span, cosmologically speaking, so it really has little meaning in the larger framework of the universe. That’s how I try to look at it.

Q: That’s quite a perspective to have. But let’s keep it simple. Here on earth, and that’s what counts for us humans for now, a year is an important time span. Looking back at your first fifty years on this planet, what strikes you most?

A: How much I have changed. When I grew up in Germany, I could never even imagine living elsewhere and speaking other languages as if they were mine. And now here I am, doing exactly that. I am also a little ashamed of the narrow mindset I used to have when I was young, and I can only imagine how ashamed I will be of my current mindset, should I ever reach 100 and be able to look back with some wits left. I’ve grown mentally and matured, and the mere fact that I can recognize this is perhaps the good thing about turning 50. But I can also see that there is a lot of room left to grow and mature in the future. 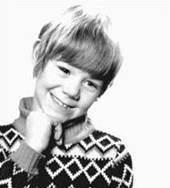 Q: Talking about growth and change, when I look at your own website at www.GermarRudolf.com, it seems that the site has been static ever since your last posting of February 2013. There doesn’t seem to be any growth or change going on there. What is going on?

A: I simply don’t have the time to keep the website up to date. I have collected a number of items here at home, about which I would like to write about on my website, but I simply have other priorities.

Q: What are these other priorities?

A: Family, plain and simple. In early 2013 my wife and I got licensed as foster parents, and in April of that year two foster children were placed in our home. Ever since it’s been an emotional roller coaster ride for all of us, in particular for me, the primary care giver.

Q: So you are taking care of these kids?

A: Yes, these two foster kids and our own biological daughter, plus the household coming with it. You know: house cleaning, lawn mowing, cooking and so on. My wife and I, we have what you might call inverted gender roles, if you take the usual gender roles as the norm where mommy stays at home and takes care of the kids and daddy pursues a career and provides financial security. My wife has a career she does not want to give up, and I had mine destroyed early in my professional life and little to resort to. So the choice came naturally. As a matter of fact, we had already decided in 2004, when we were expecting our daughter, that I would stay at home and take care of her.

Q: For most of your professional life you have been an author, editor and publisher of your two outlets, Castle Hill Publishers and Theses & Dissertations Press. And I might add that as such you had quite an impact. Wasn’t that a career worth continuing?

A: No, not really. After I had been arrested and deported from the US back in 2005, my small publishing company got into serious trouble, as there was nobody at the helm with the required skills. By the time I got out of prison in 2011, there was little left that could provide financial security for a family.

Q: But you had started from zero before while being a family father, back in 1996. Why didn’t you try this again in 2011?

A: True, I had built up that small publishing company against all odds, which also meant, though, that I was sacrificing my first family in the process. My first wife left me and filed for divorce, not the least because I was putting my work before my family. When I got a second chance with my second wife, my priorities had changed. I am simply not putting my family in jeopardy anymore for the sake of publishing controversial material. Especially not my kids. It did hurt tremendously when I had my first two kids taken away from me. I don’t want to go through this trauma again. Apart, I love being a daddy. That is therefore my primary passion in life for the time being.

Q: Did prison change you after all? I remember reading letters you sent out of the German prisons where you were held for your writings. They sounded quite belligerent and rebellious. And even afterwards, in 2012, you published a book titled Resistance Is Obligatory that followed the same line. What has changed?

A: Well, what do people do when they are scared in the dark? They pretend to be courageous by whistling a song or talking loudly and proudly. That was part of it. You need a certain amount of rhetoric to get through rough times. Plus, I really didn’t know back then what exactly I would do after my release. My wife and I decided to go the foster route only in late 2012 when our attempts at having another child of our own weren’t going anywhere. I wasn’t even sure I wanted another baby. Going a third time through the diaper things seemed a little too much for me. So starting with kids that were a little older seemed logical.

Q: And, do you regret this decision?

A: Sometimes yes, when the drama is peaking and frustrations wear me down. But usually I do not regret it, even if times are rough. The children of other parents who have gone through a lot of trauma of their own early in life are quite a different challenge than your own children. If you are a decent parent, your own kids have no trauma to deal with. Foster kids, however, usually come with so much emotional baggage that it really is a struggle to take care of them. And from my wife’s experience, who has worked with troubled children for more than two decades, I know that sometimes these children remain scarred for the rest of their lives. No matter how loving and caring you are as a foster or adoptive parent, some of them will never be emotionally fully balanced and might never reach their full potential. And that is so sad to see.

Q: Is that what you are going through with the two kids you have taken on?

A: Well, when they came into our home, they were an emotional mess. They have come a long way ever since, but they both still have lots to work on. So it’s an ongoing drama. On the other hand, I love children, and I want these children to be loved. So that’s what I do. Then, after lots of tender loving care, of nurturing and guiding discipline, we started recognizing the progress they are making, how they are flourishing now, compared to what we first saw. And that is so rewarding. It simply makes me happy. More than anything else I could ever do. Plus I also see our own daughter grow emotionally when she does her part to help these two younger foster siblings become better persons. My daughter is absolutely amazing in this regard. She is an awesome role model for them.

Q: So are you out of revisionism for good then?

A: No, but I do more of an assisting job with various projects in the background. I have a lot of experience and knowledge in the field, and I want others to benefit from it on their way to making a difference. For now it’s simply time for me to step back and let others do what needs to be done.

Q: I take it from this that your views and emotions about revisionism have not changed?

A: No, not at all. Well, maybe marginally when it comes to revisionism’s role in the world. But not about its scholarly approach and contents.

Q: What do you think about revisionism’s role in the world?

A: I’ve become more of a purist. I think revisionism ought to be an academic enterprise and should avoid any entanglement with social or political groups. At this moment, there is no chance that revisionism will have a considerable breakthrough anywhere. We need a major paradigm shift in the Western world for this to happen. So for now, all we can do is collect evidence and prepare it in a way for posterity to see and understand, once the time has come.

Q: Hasn’t that always been your position?

A: Well, I may have had that insight, but I myself was acting against it at times, because I thought for many years that a breakthrough is imminent. I don’t believe in breakthroughs anymore.

Q: Any examples you care to give about such an entanglement of revisionism with politics?

A: That’s a question I hate, because no matter what I say, there will be people resenting it, and I’ve had it with resentment. So I take the 5th.

Q: You have given David Duke several interviews over the past three years. He’s very political in his approach, is he not?

Q: Doesn’t that count as a case of entangling revisionism with politics?

A: No, because first of all Germar Rudolf is not revisionism. When I talk to David Duke or anyone else, I am talking as an individual, not as a representative of a school of historiography. In addition, even if I were talking as a representative of something, talking to people is a profoundly human activity which should never be curtailed. I therefore reserve the right to talk to anyone who talks to me in a decent way. What I was referring to was entanglement on an organizational level.

Q: Will we see you again as an openly active revisionist at some point in the future?

A: Maybe. I keep my options open. It all depends…

Q: What’s your most important wish for your 50th birthday?

A: Apart from the usual wishes – happiness and health for me and my loved ones?

A: Well, I still wish for a breakthrough. But it doesn’t come by itself. It needs a lot of work and dedication, perseverance and circumspection.

Q: Well, this won’t happen for your 50th, I’m afraid. Maybe something smaller. What would you wish from our readers?

A: An understanding for my current priorities in life, and if they think revisionism is important, I’d hope they’d chip in wherever they think they can.

Q: Thanks a lot for this interview

A: I’m the one who has to be grateful for giving me your audience