The Holocaust Hugh Gibson revised is not the National Socialist expulsion of Jews from German society that began as early as 1933. The object of his revision began around 1919, upon the resurrection of a sovereign Poland in Central Europe in the aftermath of World War I.

Although lacking the scope and magnitude of the vaunted German project that figured so intimately in World War II, Gibson’s Holocaust was otherwise of striking similarity to the later events that won the sobriquet, except for omitting then-just-defeated Germany from the roster of villains.

Like Holocaust revisionists ever since, Gibson underwent threats of professional destruction from highly placed Zionist agents very shortly after his first forays into correcting the record on the subject of persecution and massacre of Jews in Central Europe. He did not instigate his inquiry of his own accord. President Woodrow Wilson appointed him America’s first ambassador to the fledgling Polish state in 1919 and sent him off to Warsaw so precipitously that his appointment had not been ratified in the US Senate, as is required for every ambassadorial appointment. Gibson at the time was a respected, seasoned diplomat in the twelfth year of what turned out to be a long and distinguished career in the Foreign Service. 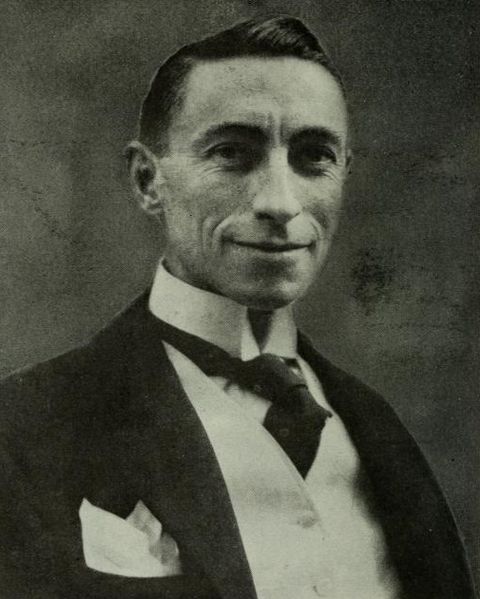 Poland itself was in great tumult, the underpinnings of government and order (suzerainty by Germany in the west and Russia in the east) having suddenly been swept away. When Gibson arrived and undertook the establishment of the legation from scratch, the situation of the Jews of both halves of Poland caught his attention early on, not least because he read atrocity stories in the American press from back home that manifestly did not jibe with what he observed on the scene. This disparity so engaged him that he personally undertook an assiduous campaign to investigate the matter further together with Dr. Boris Bogen, general director of relief operations of the American Jewish Joint Distribution Committee and other members of the legation staff. This he carried out not only by traveling to places in Poland where atrocities had been reported, but also by delving deeply into the historical context of the situation.

In the latter inquiry, he discovered ancient tensions between Jews and the Gentiles of Poland and further concluded that the policies of the just-deposed suzerains effectively aggravated these tensions, whether intentionally or otherwise. And he further found the policies and practices of the Russian side of the equation considerably more condemnable in this regard than those of the German side. The best description of the situation then prevailing, and Hugh Gibson’s role in discovering and describing it at the time, is Andrzej Kapiszewski’s 2004 Conflicts across the Atlantic: Essays on Polish-Jewish Relations in the United States during World War I and the Interwar Years. A 2004 article in the semi-annual  Studia Judaica by Kapiszewski presented Gibson’s entire report under the title “Controversial Reports on the Situation of Jews in Poland in the Aftermath of World War I” was once available to all on the periodical’s Web site, but has since been taken down, along with that and previous years’ issues. My efforts to learn the explanation for this have been met with polite dissembling.

Kapiszewski also describes at length a concerted campaign on the part of powerful American Jews (Louis A. Marshall, Louis Brandeis, Felix Frankfurter) to suppress and stop Gibson’s authoritative reports on the situation that he rendered through customary diplomatic channels to his superiors in the US State Department. These reports, of course, extensively debunked the atrocity reports carried in the New York Times and other outlets as grossly exaggerated or even fabricated, even while they did not at any point deny that minor offenses, some including deaths on the part of Jews, indeed had occurred and might occur in the future. Gibson’s extensive and detailed correspondence on the subject is reproduced amply in Kapiszewski’s book.

Gibson seems at a number of points to have discovered, much to his surprise, that Zionists such as Brandeis and Frankfurter were little if at all concerned with the welfare of Jews in Poland and in fact favored adverse conditions such as might stimulate the emigration of Jews from Poland to the United States, a goal of theirs that continued in the policies and practices of Zionists in the later context of the German National Socialist anti-Jewish policies of the 1930s and 1940s with a shift in destination from America to Palestine.

All this so exercised the powerful American Jews mentioned that, in a meeting in Paris of Gibson with Brandeis, Frankfurter and others, he was threatened with non-confirmation in his appointment in the Senate hearing ahead. At that meeting or shortly after it, it appears he arrived at some sort of accommodation with the king-un-makers, and his confirmation was allowed to proceed without incident. Certain other influential American Jews presumably opposed to Zionism such as Jacob Schiff and Boris Bogen registered approval both of Gibson and of his reports on the situation in Poland.

The anti-Zionist Jew Henry Morgenthau headed up a commission first suggested by Gibson to look into the situation over a period of two months in Poland in 1919, and its findings1 were similar to Gibson’s. Whether any of these inquiries led to any sort of corrective publicity in the New York Times and other media, I have not investigated, but it would appear they did not, at least not in any substantial way.

Barbara Tuchman (who, unlike her co-religionist Lipstadt, was a true historian) once wrote2 a passage that became known as Tuchman’s Law that bears on the reporting of events such as anti-Semitic activity in far-off Poland. It goes,

The fact of being reported multiplies the apparent extent of any deplorable development by five- to tenfold.

The pattern of the “Holocaust” that ended in 1945 was set as early as 1919, complete with intervention at the highest levels of America’s government to punish persons whose objective inquiry yielded information that disserved Zionist aims. Fortunately for Gibson, it was not at that early juncture illegal to do as he so admirably did, as it is today in nineteen countries. None of his extensive works since that time made any mention of Jews, neither as a group nor as to any individual member of that group.

Especially in Poland, more and more of the related subject of the Holocaust becomes illegal to discuss in any meaningful way every day. The criminalization of the present subject would appear to be next on the docket if current trends continue. The other countries (France, Germany, Switzerland, Austria, Israel, etc.) may be expected to fall in line in due course. Perhaps it might be effected by simply moving the beginning of the Holocaust from sometime after 1933 back to 1919. Or even further.

I would like to acknowledge the kind assistance of Artur Markowski of Studia Judaica in providing me a copy of Andrzej Kapiszewski’s 2004 article in his periodical, referred to above.