One thing sure to strike new visitors to CODOHWeb—even amid the general wealth of revisionist scholarship, the materials in eight foreign languages, the news, the commentary, the updates from the free speech front—is the extent to which CODOHWeb has become a bastion of informed, sophisticated technical evaluation and analysis of the central evidence for the Holocaust.

This aspect of revisionism, more than anything else, may prove decisive for a new generation of students of scientific, engineering and other technical disciplines at colleges and universities targeted by our ads announcing CODOHWeb.

A growing number of articles and studies accessible at CODOHWeb home in on a key component of the Holocaust allegation—whether or not the crematoria at Auschwitz were employed for mass murder by gassing. To date, revisionists such as Robert Faurisson, Arthur Butz, Germar Rudolf, Fritz Berg Carlo Mattogno, Fred Leuchter and growing numbers more have devoted far more energy to gathering and studying the evidence for these claims than anybody else, perhaps with one exception—the Frenchman, J.C. Pressac.

These revisionists’ careful weighings of the scientific, documentary evidence on hand are either posted, available through, or being posted to the CODOHWeb site. As for Pressac's labored efforts to show from Auschwitz ruins and blueprints that the crematoria plans or relics evince mass murder, none has studied his findings more carefully or respectfully than the revisionists. 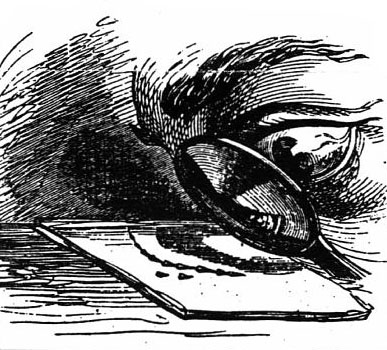 Just posted to CODOHWeb is a brilliant new study of the Auschwitz crematoria by a revisionist, a lengthy, well-researched article by Samuel Crowell who analyzes some three dozen supposed “criminal traces” of homicidal gassing Pressac claims to have unearthed in his study of the crematoria. Crowell, steeped in both the Auschwitz blueprints and the technical and commercial literature of Germany’s air defense program, convincingly interprets the hardware and construction plans Pressac takes for evidence of mass murder as routine measures and equipment to make these places gas-tight bomb-shelters (S.O.P. in shelters from 1939 on throughout the war). Crowell’s “Technique and Operation of German Anti-Gas Shelters in World War II: A Critique of J.C. Pressac’s “Criminal Traces" is the latest revisionist bombshell on Pressac's lonely efforts to give scientific sanction to the “Auschwitz lie.”

Also new on CODOHWeb is Andrew Allen’s recent demolition of the claim that the Germans blew up the Auschwitz crematoria to hide the evidence of gassings. Allen, a distinguished attorney and activist for revisionism who has worked in the defense of such OSI victims as John Demjanjuk and Martin Bartesch, and who successfully sued the Simon Wiesenthal Center and other defendants for canceling a Holocaust revisionist free speech exhibit in California, supplies an informed and reasoned answer to that particular crematoria question: the Germans weren’t much concerned with the rooms alleged to house the gas chambers. They were very much concerned with destroying what evidence they could for the crematory ovens. Why? When the Soviets captured Majdanek they made the powerfully effective propaganda charge that the crematoria were used by the Germans as a weapon for mass killings. This is why in many instances the Germans, retreating from one camp after another, tried to destroy the crematoria but oftentimes—Auschwitz and Birkenau being the most obvious examples—left the “gas chambers” largely intact.

Very technical to be sure—but this is certainly the murder case of the century and we revisionists, at last, are giving the evidence the attention it deserves. There’s obvious interest here for collegians, particularly from the scientific and technical disciplines and schools, whose students are more prone to disdain exterminationist arguments from emotion and authority in favor of revisionist arguments from reason and evidence.