The Holocaust as Rape

In a recent contretemps in the media, an intrepid journalist tweeted the sentiment that “rape denial is like Holocaust denial: it’s a refusal to accept reality.”

Actually, except perhaps for the punch line, there’s a good deal to be said for this comparison, though perhaps not much in keeping with the tweeter’s intentions or meaning. “Beauty,” Oliver Platt famously observed, “is in the eye of the beholder.” So, it turns out, is rape. And genocide.

As for rape, commonly (though not always) there are only two beholders: the “rapist” and the “rapee.” As for genocide, there could be three classes of beholders: the “genocider(s),” the “genocidees,” who should be dead after the fact, and various third parties such as Sonderkommando who take part in dealing with the bodies of the victims, and people who say they were going to be genocidees, but escaped in one miraculous way or another.

One wonders, perhaps morbidly, just exactly what sorts of retribution the advocates of today’s hysteria might be hoping for. Sex-crimes tribunals? Executions? Jail terms for rape denial? Reparations?

As for evidence—a common, if lately (in juridical trials aimed at clearly establishing guilt) much-slighted, element—genocide and rape leave starkly different sorts of evidence, both broadly biological in nature. The killing of a great number of people, of course, should produce a great number of bodies, or skeletons, or ashes and unburnable body parts such as teeth and large bones. Conclusive evidence of sexual contact, on the other hand, is limited to the relatively new technologies of DNA analysis. Sperm analysis can narrow down the identity of the accused party to a degree widely accepted as prosecutable. After that evidence has escaped capture and analysis, there can remain the DNA of any child conceived as a consequence of the sexual contact. Whether the contact was a rape, of course, remains elusive, somewhat as the “disappearance” of the denizens of a Polish shtetl is problematic as to whether the desaparecidos (a) emigrated to Israel, the Soviet Union, or the US, and changed their names; or (b) took up life elsewhere in postwar Europe as non-Jews, and changed their names; or (c) died in a concentration or labor camp somewhere either from disease, overwork, starvation or … genocide.

It’s all very hard to nail down, at least on an evidential basis, particularly in a way that truly could fix blame on any particular person or agency, living or long deceased. Fortunately, great masses of people seem disposed to adopt their beliefs (and political affinities) with little to no reliance upon evidence, but rather upon … let’s just call it “beholding.” We behold that an articulate young women alleges in a book being gang-raped on campus and garners much fame, along with book sales. Rape, after all, is a severe experience for the victim even though, at some time in our species’s savage past, it may have been the primary means of propagating the race.

Genocide, likewise, seemed, at least in Biblical times, to be the way one group of (well-armed) people contended with others who occupied land that they wished to acquire and inhabit. The Book of Joshua gruesomely documents the way the Chosen People of God cleared out Judea for their own possession, a process that today appears in the eyes of some beholders to be in a state of re-enactment. But allegations of genocide can be, as with allegations of rape, very profitable for those alleging, even to the point of obtaining billions in reparations from one class of “perpetrators” (Germans and Austrians) to anyone and everyone who takes the trouble to mount a passable case that they were “victims.”

All this really is in the eyes of beholders, then, isn’t it—at least insofar as the beholding of survivors (perpetrators and lucky not-quite-victims) is concerned? So, then …

The matter devolves upon the process of persuading, convincing, recruiting allies, sympathizers, fellow-travelers and even, where the process has attained sufficient success, imposing one’s narrative (beholding) upon anyone (and everyone) who might be reluctant just to “go with the flow” of opinion especially to the point of ostracizing, demonizing, imprisoning anyone venturing any sort of alternative viewpoint.

Of late, such projects happen to have been particularly successful in the subject area of rape—especially the novel variety known as “campus rape” (Jack the Ripper is well beyond passé). It seems almost at the point where academic ambition might be hazardous to your virginity, assuming you still possess it, and still value it—or your sexual prerogatives, as the case may be. And a sure sign that the campus rape meme is gaining—or at least reaching for—the commanding heights of the Holocaust Meme is Amanda Marcotte’s tweet comparing the two denials. 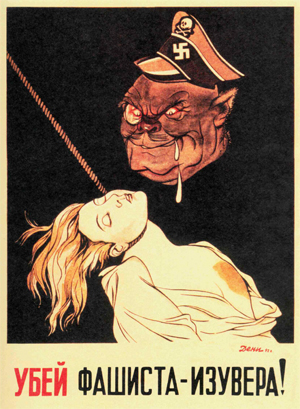 To those who’ve looked into the present-day kerfuffle, Marcotte’s tweet is a sure sign that the latter-day meme is, like the one involving the Six Million, overworked to the point of outright fraud, and that rewards such as the ones garnered by the genocide-based project are in view for proponents of the campus rape atrocity. One wonders, perhaps morbidly, just exactly what sorts of retribution the advocates of today’s hysteria might be hoping for. Sex-crimes tribunals? Executions? Jail terms for rape denial? Reparations?

Ah, now there! Collective guilt, such as that imposed on the children and grandchildren of those who lived in Germany and Austria in the 1940s! That could be profitable. Tribute, exacted by the universities themselves, a sort of “male tax” imposed on students who, at many state universities, won’t be admitted anyway until they’ve registered for the draft. Yes, the draft. Today. Just males—and all of them.

And what to do with the resultant spoils? Well, there’s always the possibility of distributing the pelf to rapees, past (identified, whether genuine or otherwise) and future (matriculates of the fair gender, whether fair or … less-fair). But that might be just a bit too fair, at least according to gross definitions of the adjective. More suitable might be enrichment of institutions and organizations such as the “Anti-Rape Defamation League,” or ADL, not coincidentally the initials of one of the major beneficiaries of the older trope of collective (and collectible) guilt.

It’s all such an old, tired story of abuse and counter-exploitation. Where to find equity, if not actual justice, in all of it?

In view of the fact that restitution or reparations inevitably cause abuse and injustice afresh, even triggering fresh resentments where they would otherwise have died natural deaths, perhaps the best policy to follow would be . . . none.

Let hatred and suspicion coast on their own, unaided by fresh affronts to recruit new generations to take them up in turn in an endless cycle of revenge and revenge of revenge, and … a lot of what makes the world like it is today.

“Never Forget” is just fine. But repeating is not.