The Search for the Lost Nazi Diary

The Recovery of the Diary of Alfred Rosenberg
by David Merlin
Published: 2014-03-16

Letters to the Editor
[email protected].

I am writing to comment on a February 6th article by Richard Simon, “The Search for the Lost Nazi Diary,” regarding the recovery of the diary of Alfred Rosenberg.

The pages of the Rosenberg diary have been posted on the United States Holocaust Museum's web-page. One can read and translate the document for oneself. I did this and found that the article incorrectly translated the important diary entries of September 12, 1941.

The article read: “On Sept. 12, 1941, he [Rosenberg] wrote that Germany had obtained reports indicating that Soviet leader Josef Stalin planned to send 400,000 captured Germans to Siberia. Rosenberg equated the move with murder, adding, ‘All of us felt the hatred against Moscow swell up again.’” If Stalin carried out the plan, he wrote, “Germany will punish the Jews of Central Europe for this.” This reading of Rosenberg implies that Rosenberg was fulminating against Jews and planning vengeance against them. That is a false reading, and quite misleading. Here is my translation: 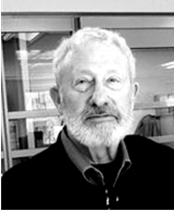 “As the reports came in that Stalin now was also going to expel the remaining 400,000 Volga Germans to Siberia, that is, to murder them, the hatred of Moscow was immediately reawakened in all of us. I issued advice to take a very strong position in this matter, and sent the finished product to the Führer, who further strengthened it. Yesterday I developed a proposal to broadcast to Russia, England and the USA that if this slaughter is in fact carried out, Germany will make the Jews of Central Europe pay for it. This with total rectitude, in that none other than the Jew Schertok is said to have declared at a conference on Palestine that the Jews derived great advantage from the alliance between Moscow – London – Washington, that they worked for it unceasingly

Indeed, Rosenberg was horrified at Stalin's plans to deport hundreds of thousands of Volga Germans (where did "captured Germans" come from? It appears to be an invention) but he was furious at "Moscow," not at Central European Jews. He proposed a possible way of saving the Volga Germans: A radio address broadcast to Russia, England, and the United States based on the hope that Jewish groups would influence Moscow not to deport the Volga Germans. It was the recent boasts of Schertok [Moshe Shertok] of great Jewish influence on "Moskau – London – Washington" that seemed to inspire the plan.

Rosenberg even goes on to discuss the history of anti-German pogroms by the Russians. Thus, a correct reading of the Diary does not cast Rosenberg as plotting vengeance or punishment against Central European Jews, nor blaming them for the plight of the Volga Germans. He is grasping at straws to try to prevent a massacre of the Volga Germans. This is a significantly different motive than claimed in the article.

Because the Diary gives us a rare insight into the thinking of the leaders of the Third Reich in September 1941, a formative period in the still unclear development of German policies toward Central European Jews, it is imperative that translations be accurate. The diary entry itself can be seen at http://collections.ushmm.org/view/2001.62.14, page 607. Google or Yahoo translation sites provide a pretty good understanding for English speakers. We should thank the United States Holocaust Memorial Museum for posting original documents on line.

Yours for honest, accurate research,