For fifty years, Holocaust survivors Ernest Hollander and his brother Alex thought that their older brother, Zoltan, had been executed by the Germans in 1944. And for half a century, Zoltan thought that both his two brothers had been killed by the Germans during the war. But thanks to Ernest Hollander's appearance with Revisionists Mark Weber and David Cole last April on the Montel Williams Show, the long-lost brothers were reunited in San Francisco in late October.

David Cole and Mark Weber on the Montel Williams "60 Minutes" Show in April 1992.

Along with Weber and Cole, Ernest Hollander, 67, appeared with his wife, Anna (a survivor of Auschwitz), and another Jewish Holocaust survivor, Dr. Michael Thaler, on the nationally syndicated Montel Williams Show, which was broadcast April 30 on about 60 television stations around the country. (For more on this broadcast, see the IHR Newsletter, May 1992, p. 3, and October 1992, p. 4.)

A few years after the war, Ernest had been told by a fri that he had personally witnessed Zoltan's execution in 1944 by German soldiers, who supposedly hanged him from a tree. But a migrant from Serbia who lives in Brooklyn, and who happened to be watching the broadcast, instantly recognized Ernest on the screen as the "spitting image" of a fri he had known in Serbia, Zoltan "Hershe" Hollander.

According to Ernest, his brother fought against the Germans until the of the war, but the Soviets thought he was a pro-German spy and sent him to Siberia for ten years, where he worked on roads and in factories. "You can use the worst word in the dictionary to describe what the Russians did to him," says Ernest.

After he was finally released by the Soviets and returned home, Yugoslav authorities – Ernest says – accused Zoltan of having been a Soviet spy, and mistreated him. 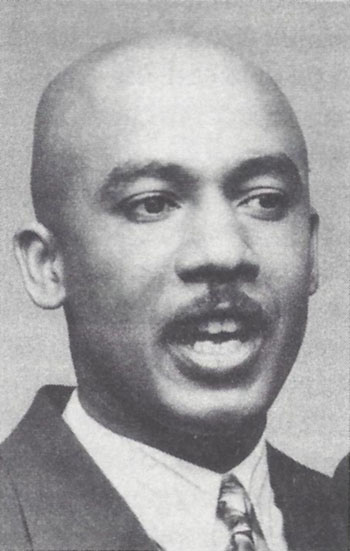 "This man has come back from the dead. We thought he had been dead for fifty years," Ernest says of his brother. "I found a brother, but he found two brothers, uncles and aunts, nieces and nephews – a city of people," adds Ernest, who calls their reunion "the greatest miracle since Moses cros-sed the sea."

Williams appropriately called the session with Weber and Cole "a celebration of truth."

In a front-page report on this happy reunion, the Northern California Jewish Bulletin (Oct. 16) commented that the Hollander family "will in a sense get to rewrite their history – a painful irony given that the topic of the show on which Ernest appeared was Holocaust revisionism."

A special session of the Montel Williams Show featuring the reunited Hollander brothers was broadcast on November 17. On that occasion, host Williams reported that he had been deluged with complaints about the April broadcast with Weber and Cole, including threats of law suits by Jewish organizations for daring to permit the two Revisionists to appear.

Although Ernest ungratefully refers to Weber and Cole as "bums," it is ironic that if it had not been for the willingness of these Revisionists to re-examine supposedly undebatable "truth," this "miraculous" reunion would not have taken place. As we go to press, Weber and Cole have received no expression of appreciation from any Hollander family member for their role in bringing together the long-lost brothers.