In Europe, Holocaust denial is illegal in 14 nations. The broad definition for Holocaust denial for these laws is the denial of the systematic genocidal killing of millions of ethnic minorities in Europe (including Jews) by Nazi Germany in the 1930s and 1940s.

That kills any possibility of free analysis outside the orthodoxy of the Shoah narrative. There is no doubt, according to the legal definition, that the orthodox narrative of the gas chambers and the horrific deaths of six million Jews are absolutely incontestable. All is true. If you dare to go into this “solved” historical problem with a Descartian attitude, that is, to allow doubt to filter into the narrative, to question purported facts, to do your own research on matters that are supposed to be unquestionable, then you will have to face the Law, at least if you announced your findings to be known by others, as one might any scientific research outcome in this era. Legislation protects this historical narrative and will not allow any scrutiny by any scientific methods. Austria is among those fourteen nations in Europe which punish the “doubters.”

In Austria, the curtailment of free expression and the blow to liberty started with the Verbotsgesetz 1947 Act (Prohibition Act 1947) , the first legislation in this country which had the aims to dismantle any organizations of National Socialists and prohibited any of these political groups to exist or reassemble. Needless to say, regardless of your political position, this was a strong violation of human rights. But in 1992 the Verbotsgesetz was amended. This amendment to the Verbotsgesetz enacts further the prohibition of Holocaust Denial as well as the deliberate minimization of any Nazi atrocities. Also, upon this amendment, the Austrian Supreme Court stated that any reasoning or argumentation concerning the Nazi genocide and the Nazi crimes against humanity is not admissible evidence in court… so there is no chance of making a case in court, in Austrian territory, that there are some pretty interesting and unsolved problems in the orthodox Holocaust historiography—or using these arguments for your own defense in a trial, had you been accused of Holocaust denial—just as is today.

One well-known figure who has contested the Shoah narrative and has been punished for it, in Austria, is the Austrian engineer Wolfgang Fröhlich. Among his credentials is to be a specialist in constructing gas chambers for pest control and exterminating microbes.

Among other activities, he participated in a 1998 Swiss trial as an expert witness for the defense in the Jürgen Graf/Gerhard Förster trial. In this trial, Fröhlich’s brief introduction noted that his fields of expertise were process engineering and gas applications. He told the court that he had carried out numerous gassings to exterminate pests and infectious microbes. Apparently, instead of these credentials helping the defense and positioning him as a key expert on this subject, they created a real problem for him. The court did not like what he had to say about the impossibility of mass gassing as it is told it happened to millions in the incontestable Holocaust narrative. Here I reproduce part of his dialogue with the prosecutor at this trial in 1998 in a Swiss Court:

– Aufdenblatten (Prosecutor): “In your opinion were mass gassings with Zyklon B technically possible?”

– Froehlich: “The pesticide Zyklon B is hydrocyanic acid absorbed in a granular-shaped carrier substance. It is released through contact with the air. The boiling point of hydrocyanic acid is 25.7 degrees [Celsius]. The higher the temperature, the more rapid is the rate of evaporation. The delousing chambers in which Zyklon B was used in NS [German wartime] camps and elsewhere were heated to 30 degrees and higher, so that the hydrocyanic acid would be released rapidly from the carrier granules. However, in the half-underground mortuaries of the Auschwitz-Birkenau crematories, where witnesses claim that mass killings with Zyklon B took place, the temperatures were very much lower. Even if one allows for the warming of the spaces by the body warmth of the hypothetical prisoners, the temperature would not have been more than 15 degrees, even in summer time. Consequently, it would have taken many hours for the hydrocyanic acid to evaporate. 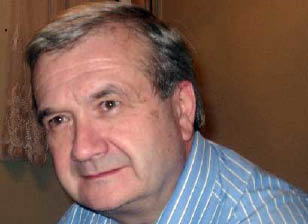 “According to eyewitness reports, the victims died very quickly. The witnesses mention time frames of ‘instantaneous’ to ‘15 minutes.’ To be able to kill the gas chamber prisoners in such a short time, the Germans would have had to use ridiculously large amounts of Zyklon—I estimate from 40 to 50 kilograms for each gassing. This would have made any work in the gas chamber fundamentally impossible. The special-detachment [Sonderkommando] people, whom the witnesses say were assigned the task of clearing out [dead bodies] from them [the gas chambers], would have collapsed immediately upon entering the rooms, even if they were wearing gas masks. Enormous amounts of hydrocyanic acid would have streamed out into the open, and would have poisoned the entire camp.”

The Prosecutor not only did not like what Froehlich had said in court, he also threatened him with prosecution.

In 2001 after the publication of his 368-page book Die Gaskammer-Lüge (The Gas-Chamber Lie) he had all the attention of the Austrian authorities. On 21 June 2003 he was arrested in Vienna, and in September 2003 he was sentenced to three years in prison, two of which were suspended, for violating the Verbotsgesetz.

In June 2005, he was indicted for sending 800 CDs titled Gaskammerschwindel (Gas-Chamber Hoax) to individuals across the whole spectrum of Austrian society, and was re-incarcerated on August 29, 2005. Judge Claudia Bandion-Ortner subsequently sentencing him to two years in prison and revoked the suspension of the previous sentence, hence Fröhlich had to serve an additional four years. However, Austria’s Supreme Court suspended 29 months of this sentence, hence Fröhlich had to serve “only” 19 months.

In December 2006, shortly after his release from prison, Fröhlich participated in the first Holocaust conference in Tehran, but in spite of complaints to the authorities, he was not prosecuted.

In August 2007, however, during his probation period, he called upon a member of parliament and the provincial governors to abolish the Verbotsgesetz. For this and for his “Holocaust denial” he was sentenced by Judge Martina Spreitzer-Kropiunik at the Vienna Regional Court for Criminal Matters, on January 14, 2008, to four years in prison plus 29 months from the revoked probation, a total of 6 years and 4 months. His appeal was dismissed.

Austrian courts are less “tolerant” than German courts on the violation of its statutes on Holocaust denial. Austria, with its Verbotsgesetz law, is perhaps the worst country in which to doubt the orthodox narrative of the Holocaust and seek historical truth and accuracy, outside the religious myth and taboo that protects the Holocaust as a whole, as one would think is imperative in a modern democracy.

By 2010, Fröhlich, 59, had already served a total of six and a half years in prison. But while still in prison, he was sentenced to two more years in prison for sending from his prison cell letters to National Council President Barbara Prammer (SPÖ), Cardinal Christoph Schönborn and others arguing that the mass extermination of Jews with Zyklon B was technically impossible, the number of victims of six millions “the most heinous fraud in the history of humanity.”

This isn’t the end of this terrible story, though, and with this, we come to the reason why we write about Fröhlich in the first place: On July 9, 2015, the Krems District Court under Presiding Judge Dr. Gerhard Wittmann sentenced Wolfgang Fröhlich to another 3 years in prison – half a year before he was slated to be released! This time he had been indicted by prosecutor Elisabeth Sebek for sending letters from his prison cell to the Austrian Chancellor Werner Faymann as well as to other personalities and to the Austrian newsmagazine Profil. In these letters, he had expressed once more his opinion that the Holocaust could not have occurred as usually asserted.

So let’s make a tally:

This is a total of 14 years in prison, and with such a record chances are slim that any part of this term will ever be suspended on probation. With that total, Fröhlich surpasses the sad record of Horst Mahler in Germany, who is still serving a cumulative prison term of 13 years and 3 months for his highly controversial but ultimately peaceful dissent (although he didn’t just “deny”, he also justified the 9/11 attacks on the U.S., and the Third Reich’s racial and anti-Semitic measures, plus recommended repeating them in part).

Knowing Fröhlich, who gets more and more upset the more he is persecuted, he probably will never shut up and will spend the rest of his life in prison, from where he will keep writing letters that will get him in trouble.

To paraphrase Robert Faurisson, putting a canary into a cage isn’t going to stop it from singing its songs – maybe unless the evidently incompetent prison authorities start censoring his letters and prevent any “illegal” statements from reaching the outside world. That would keep Fröhlich out of trouble at least while he’s behind bars.

Editor's remark of Dec. 2019: Fröhlich was release early and on probation from the Krems prison in March 2019. He served a total of 13 years behind bars for his peaceful writings.