The fate of Anne Frank, who is known around the world for her famous diary, is typical of many Jews who died in German camps during the war. Anne and her father were first deported from the Netherlands to Auschwitz-Birkenau in 1944. Anne’s father, Otto Frank, contracted typhus and was sent to the camp hospital to recover. He was one of thousands of Jews who remained at Auschwitz-Birkenau when the Germans abandoned the camp in January 1945. He survived the war and died in Switzerland in August 1980.[1]

If Auschwitz-Birkenau had been a place of mass exterminations, why would the German authorities leave behind thousands of disabled Jews such as Otto Frank to testify to their genocide? The SS would have easily been able to gas and cremate these Jewish inmates in Crematorium V at Birkenau during the first week of January 1945.[2]

In the face of the advancing Soviet army, Anne Frank was evacuated to Bergen-Belsen, where she died from typhus in March 1945. While Anne Frank’s fate was tragic, her story is not consistent with a German program of extermination against the Jews. Along with thousands of other Jews at Bergen-Belsen, Anne died from a typhus epidemic and not from a German plan to commit genocide against European Jewry.[3]

Elie Wiesel, whose autobiography Night written in 1956 helped him win the Nobel Peace Prize, never mentioned homicidal gas chambers at Birkenau in his book. Instead, Wiesel wrote that Jews were killed en masse by being thrown alive in burning pits.[4]

Wiesel also mentioned in Night that he had surgery on an infected foot in January 1945. The German authorities at Birkenau gave Wiesel and other hospital patients unfit to travel the option to remain in the camp. Wiesel and his father decided to evacuate Birkenau and travel to Buchenwald with the Germans rather than be liberated by the Russian army.[5]

Viktor Frankl’s book Man’s Search for Meaning has been ranked by the Library of Congress as one of the 20th century’s 10 most influential books in the United States. Frankl described his experiences at Auschwitz in this book as if he had spent many months there. In reality, Frankl was in Auschwitz only for a few days in October 1944 while in transit from Theresienstadt to a sub-camp of Dachau.

Frankl has admitted this to the American evangelist Robert Schuller: “I was in Auschwitz only three or four days…I was sent to a barrack, and we were all transported to a camp in Bavaria.”[6] Frankl’s short time in Auschwitz is substantiated by the prisoner log from the sub-camp of Dachau, Kaufering III, which listed Frankl’s arrival on October 25, 1944, six days after his departure from Theresienstadt.[7] Thus, Frankl’s descriptions of his long stay at Auschwitz in Man’s Search For Meaning are false and inaccurate. 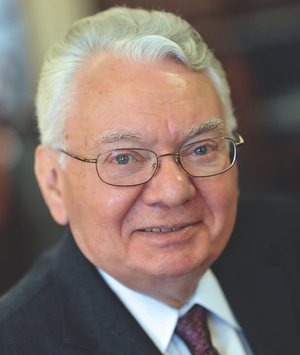 Thomas Buergenthal is a Jewish survivor of Auschwitz-Birkenau and Sachsenhausen as well as the Polish ghetto of Kielce. Buergenthal, a Harvard-educated lawyer who served on the International Court of Justice at The Hague, was only 10 years old when he arrived in Auschwitz. Buergenthal claims in his memoir, A Lucky Child, that his group was spared the selection process because it luckily arrived in Auschwitz instead of Birkenau.[9]

Buergenthal writes that he was later transferred to Birkenau and lived in Camp Sector E, which had housed many thousands of Gypsy families.[10] Buergenthal explains how he was spared the selection process at Birkenau:[11]

“Soon after we had arrived in Auschwitz, my father, seeing how routine selections were conducted and that children were most at risk, came up with a strategy to beat the system. Every morning when we had to line up for the daily counting exercise, I would try to stand all the way in the back and very close to the entrance of the barrack. As soon as we had been counted and if it appeared that there might be a selection, I would try to slip back into the barrack and hide. That strategy saved me a number of times. It was not always easy to execute, however, because I had to disappear without being seen by the SS or the barrack boss, but I was never caught.”

“It was a miracle, I thought, that the SS had not found me. Soon, though, I learned how I had been saved. When we first arrived at this barrack, a red X had been placed on the backs of our individual index cards. My friend, the young Polish doctor, apparently tore up my card and issued me a new one without the red X. When the SS came in and demanded the cards with the red mark, my card was not among them. The doctor had saved my life, and my nightmares saved me from witnessing what was happening that night and possibly giving myself away.”

A week or two later Buergenthal was moved to the children’s hospital in camp D. Buergenthal thus confirms what Holocaust revisionists know; numerous children were also “lucky” and survived the alleged selection processes at Birkenau.[14]

Bernard Marks is a Jewish survivor of Auschwitz and Dachau who says he spent five and one-half years in these camps. Marks was 87 years old when he made this statement in March 2017, which means he would have been at most 10 years old when he entered Auschwitz. Similar to Thomas Buergenthal, Marks survived Auschwitz even though he was only a 10-year-old child at the time.[15]

A Jewish man in a video on Facebook claims he was sent to Auschwitz at age 10 and survived. The man says that Dr. Mengele would make selections to determine who went to the gas chambers. He claims he told Dr. Mengele that he was 17 years old, and his life was saved because Dr. Mengele miraculously let him live. The man also claims in this video that 1.5 million children were killed in the gas chambers at Auschwitz. If this man survived at age 10, however, certainly many other Jewish children survived as well.[16]

The survival of young children at Auschwitz-Birkenau is not surprising since Auschwitz-Birkenau served as a transit camp for detainees unfit for work. This is proven by a note dated July 21, 1942, concerning a telephone conversation that took place the day before. SS Hauptsturmführer Theodor Dannecker wrote:[18]

“The question of the evacuation of children was discussed with SS-Obersturmbannführer Eichmann. He decided that transports of children are to take place as soon as transports into the General Government are again possible. SS-Obersturmbannführer Nowak promised to provide about six transports to the General Government at the end of August/beginning of September, which may contain Jews of all kinds (also those unfit for work and old Jews).”

A credible eyewitness who states that genocide did not take place at Birkenau is the Austrian-born Canadian Maria Van Herwaarden, who was interned at Birkenau from December 2, 1942 to January 1945. Van Herwaarden testified at the 1988 Ernst Zündel trial that she saw nothing at Birkenau that resembled mass murder. The Jewish prisoners she saw at Birkenau were not treated differently from the other prisoners. She also testified that many of the inmates at Birkenau died of diseases, and some inmates committed suicide.[19]

Joseph G. Burg, a Jewish author who wrote several books on the Holocaust story, testified at the 1988 Zündel trial that he had spoken to hundreds of people who had been at Auschwitz-Birkenau when he visited the camp in the fall of 1945. Burg formed the opinion that there were no German extermination camps, the gas chambers had never existed, and there was no plan to exterminate the Jews of Europe.

Joseph Burg also testified at the 1988 Zündel trial that he spoke to hundreds of people who serviced and operated the crematoria, but he could not find anyone who had operated homicidal gas chambers. Burg testified that the crematoria had been established for hygienic purposes as a result of typhus and other diseases. Burg also testified that he attended the Nuremberg trials in 1946 and met Ilya Ehrenburg, who had visited Auschwitz-Birkenau, as well as a Jewish publisher who had been interned in Auschwitz for several years. Both Ehrenburg and the Jewish publisher said they did not see any homicidal gas chambers while at Auschwitz-Birkenau.[20]

Thies Christophersen was another witness who said the alleged genocide of Jews during the war never happened. Christophersen supervised about 300 workers, many of them Jewish, at Auschwitz from January to December 1944. On a number of occasions during this period he visited Birkenau where allegedly hundreds of thousands of Jews were being gassed to death. In The Auschwitz Lie, a memoir first published in Germany in 1973, Christophersen wrote that during the time he was at Auschwitz he did not notice the slightest evidence of mass gassings. He also successfully answered numerous pointed questions by the prosecuting attorney at the 1988 Ernst Zündel trial about his experiences at Auschwitz.[21]

The failure of the prosecutors in the Ernst Zündel trials to find credible witnesses caused Robert Kahn to write:[23]

“If the concept of ‘symbolic victory’ is sometimes difficult to apply precisely, the 1985 prosecution of Ernst Zündel clearly backfired. What had been an attempt to silence Zündel, and possibly use the legal system to repudiate denial, became instead a public relations coup for the Toronto publisher and his supporters.”

Alan Dershowitz concurs, calling the Zündel trials “a total victory for Holocaust deniers and a total disaster for Holocaust survivors and the Jewish people.”[24]

Dr. Wilhelm Stäglich also wrote that he did not see any evidence of genocide of the Jews at Auschwitz. Stäglich, a German judge, visited Auschwitz several times during the Second World War as a German orderly officer of an anti-aircraft detachment. Dr. Stäglich published an account of his visits to Auschwitz in which he stated that on none of these visits did he see gassing installations, instruments of torture, or similar horrors. Stäglich wrote:[25]

“None of the inmates behaved as though they were in fear of mistreatment, let alone death.”

Violette Fintz, a Jewish woman who had been deported from the island of Rhodes to Auschwitz in mid-1944, and then to Dachau and then to Belsen in early 1945, said that from her experience Belsen was worse than Auschwitz. Fintz is another Jew who survived Auschwitz and lived to describe her experiences at the camp.[26]

“The simplest valid reason for being skeptical about the extermination claim is also the simplest conceivable reason; at the end of the war they were still there.”