All pages with “Holocaust denial” content will be or are already erased.
by Roberto Hernández
Published: 2019-06-23

According to Reuters, YouTube, a subsidiary of Google, starting at the beginning of June, will begin removing what they call videos that glorify “Nazi ideology” (whatever that actually means) or promote groups that claim superiority to others to justify several forms of discrimination.

Let’s remember one thing about YouTube It is the largest video outlet hence the most important social medium for video in the world. Certainly, it has been a fabulous tool for CODOH to get to an audience and for them to actually be able to discuss revisionism openly on Social Media.

So let’s look at this a bit more-carefully this which threaten the intellectual freedom at let's over this Mega video outlet online, YouTube commands the most viewers, the most channels and the biggest Social Media community whose main purpose is to share their videos and their content. …. There is a certain obligation of trust that YouTube has betrayed. They have left thousands of users who do not fall into the category they say they wish to cast out from their website, those who promote Nazi ideology out of their service and has broken de possibility worldwide to share unpopular ideas that dare to threaten the orthodox view of  not only the narrative of the Holocaust but other controversial topics that those that such as  groups who are so-called supremacist. It is not CODOH's stand but if peacefully express they deserve the freedom of speech that any political movement deserves.

CODOH is in no way interested in promoting such ideas but intellectual freedom and intellectual inquiry for all is something we all share in our root -foundation. 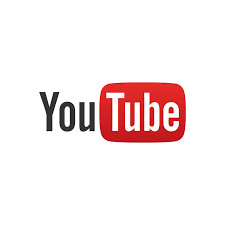 What happened at YOUTUBE was some shocked and but not entirely surprised at this step of YouTube— again, shocked but not entirely surprised since this has been in the air constantly. The terrible threat of main social media to close the door of real free speech, free exchange of ideas and intellectual freedom. Which also represent a social fabric indispensable in society.

So we want to encourage you to look for our new video up let called Bit-Chute. There you will find some (but not all) of the videos we had in our YouTube channel. It will take some real time to re-establish each and every one of the videos that we had in our previous channel. We won’t stop promoting and exercising our commitment to promote intellectual over the Holocaust Question and a taboo that has been cast over this topic in our times.