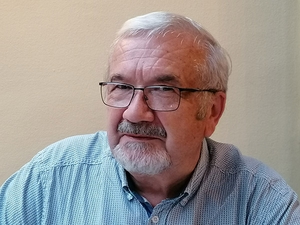 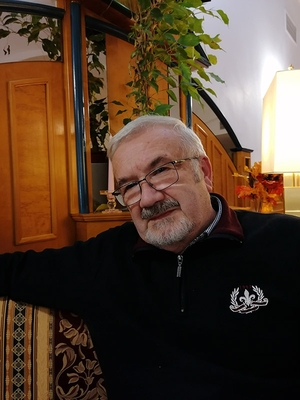 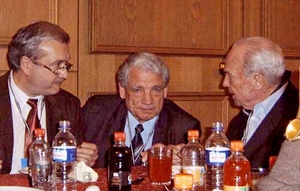 On Sunday, November 28, 2021, graduate engineer Wolfgang Fröhlich died in Vienna at the age of 71. Considering his long period of imprisonment of more than 15 years in total and three decades of political persecution, Fröhlich may rightly be called the most-persecuted scientist in the world.

Fröhlich was born on August 5, 1951 in Friesach, Carinthia, and spent his childhood and school years in this southernmost province of Austria. There he also graduated from the Höhere Technische Lehranstalt (five-year university-prep technical high school with Matura = general university access exam), which laid the foundation for his professional career. Following his inclinations and his previous education, he began studying mechanical engineering at the Vienna University of Technology, during which he specialized in process engineering. Already working professionally during his studies, he was able to refer to a rich theoretical as well as practical experience when he graduated as a graduate engineer (Diplom-Ingenieur).

His qualifications subsequently enabled him to assume a technical-management position in Austria's largest hospital, the Vienna General Hospital (Wiener Allgemeines Krankenhaus, AKH). However, his sense of responsibility and care for patients was to bring him into serious conflict with his superiors and the corrupt political establishment in Vienna, for he was able to prove that over many years infusions and surgical instruments had been contaminated by asbestos fibers. Asbestos is carcinogenic and had affected patients of the AKH in thousands of cases with countless small fibers that had penetrated the body. Instead of praising Fröhlich for his correct approach, the powers that be tried to suppress the inconvenient truth by all means. As a result, legal disputes arose, which Fröhlich dealt with in the book Der mißbrauchte Patient (The Abused Patient).

Now unemployed, Fröhlich found time to subject alleged facts of contemporary history to an in-depth scientific investigation as well. The impetus for this came from the case of gradute engineer Baurat h.c. Walter Lüftl, who was forced to resign as president of the Austrian Federal Chamber of Engineers in 1992. (Professionals and special occupational groups are organized in chambers in Austria.) At that time, Lüftl could look back on decades of successful activity as a forensic expert. By his expert refutation of the narrative (or rather fairy tale) of homicidal gassings/mass killings with poison gas in the Mauthausen Concentration Camp during the time when Austria had been liberated by the German Reich, he had attracted the hatred of the internationally networked notorious falsifiers of history. These circles have a multitude of NGOs at their disposal, but in Austria they also have the semi-governmental "Documentation Archive of the Austrian Resistance" ("Dokumentationsarchiv des österreichischen Widerstandes," DÖW), founded by the Jewish former Stalinist Herbert Steiner and fattened with public funds. There, lobbyists of the State of Israel, Stalinists and anti-fascists join hands and indulge (as a "pressure group") in modern manhunts and indoctrination of students, teachers and judges. In 1992, this illustrious circle had pushed through a change in the Austria penal law to prevent the questioning of its historical narrative with the help of draconian punishments. The temporal proximity to analogous legal changes throught Western Europe was no coincidence, but must be regarded as an internationally coordinated measure (presumably by the ADL) against the strengthening of historical revisionism by its scientific underpinning. (Zündel/Faurisson/Leuchter)

These circumstances aroused the special interest of Dipl.-Ing. Wolfgang Fröhlich, and he in turn began with meticulous technical-scientific investigations on the subject of "mass killings by poison gas". This work led to clear findings, on the basis of which Jürgen Graf, during his trial in Switzerland for his revisionist writings, called him in as an expert in 1998. After all, and contrary to the alternative history fabricated by the Holocaust fanatics – hydrogen cyanide in the form of "Zyklon B" is not at all suitable for repeated mass killings at the alleged crime scenes (Auschwitz etc.). Furthermore, Fröhlich confirmed the conclusions of Dipl.-Chem. Germar Rudolf concerning the question of the detectability and durability of hydrogen-cyanide compounds in the masonry of the alleged "gas chambers".

Fröhlich had thus placed himself in the front line of a battle fought by unequal means. He was brought to the attention of the Austrian criminal-justice system, and thus began the veritable crossroads of a modern-day Galileo Galilei – or should we better say a modern-day Giordano Bruno?

Fröhlich succeeded in escaping from justice for a while, but in the end the persecutorial pressure exerted by the Austrian authorities prevailed, who were controlled by political interests. He was arrested and sentenced after a show trial in which he was not granted even rudimentary means of defending himself. This modern re-enactment of medieval inquisition trials is made possible by peculiarities of Austrian criminal law: Lay judges (jurors), for example, decide on the peculiar question of "whether the defendant has otherwise… acted in a National-Socialist sense" (Par. 3g) by expressing/publishing/doing [this or that] or by "publicly… denying, grossly trivializing, condoning or seeking to justify the National-Socialist genocide or other National-Socialist crimes against humanity" (Par. 3h NSDAP Prohibition Act). A "Yes" to such a question by the majority of the jury inevitably leads to a conviction (with a sentence of up to 20 years imprisonment!) and is de facto never overturned by the Austrian Supreme Court, thus being subject to the complete arbitrariness of the jury, which is hand-picked by Austria's political parties, and is at times riddled with immigrants who have just become Austrian citizens. This "verdict" of the jury, which is on the so-called "declaratory level," is then included in the collection of Supreme-Court decisions and serves as a yardstick for sentencing other dissidents.

After two years of imprisonment failed to break Fröhlich, he remained true to his cause and tried to inform the public with his scientific arguments about the state of his research and the abuses of Austria's political criminal justice. And so he disseminated his scientific works in compilatory works under titles such as "The Gas Chamber Swindle. Psychoterror against the Nations – Scientific Facts and Political Background of the Hoax of the Century", "Galilei 2000. Documentation of a Political Show Trial at the Vienna District Court in 2003", "Abuse of Office. Criminal Charges Filed by the Public Prosecutor's Office – The Austrian Judiciary as a Tool of the Falsifiers of History," "The Renaissance of Austro-Fascism. The Normative Power of Injustice in the Second Republic of Austria – From Clerical Fascism to Zion Fascism."

Through his participation in the 2006 Holocaust Conference in Tehran, he entered the dangerous international arena. What followed is unique in the history of science! Because he refused to renounce his scientific findings and, moreover, reaffirmed them in letters to decision-makers in politics, science and the media, he was imprisoned without interruption from 2008 to 2019. By 2018, there was already a risk that Fröhlich would have to spend the end of his life in a mental institution. But Austria's Supreme Court, which until then had proven to be a willing executor of political wishes, gave a hint that allowed the ruling court, while still sentencing Fröhlich for the last time, to release him as "legally insane" yet "harmless."

Dipl.-Ing. Wolfgang Fröhlich neither abjured nor backed down even after his release. As a late tribute to his work and martyrdom, he was awarded the international "Robert Faurisson Prize" just weeks before his death. Wolfgang Fröhlich, who suffered a posterior myocardial infarction (heart attack) after his sentencing in 2005, was unable to cope with the exertions caused by a Covid-19 infection and died Sunday, November 28, 2021, in Vienna. He is survived by his wife and their joint adult son.

In Austria, Judges Who Do not Like the Proceedings Are Replaced in the Middle of the Trial

Judges who do not want to play along with such machinations do not only feel the power of the media, but also the influence of the Minister of Justice himself: "Minister of Justice demanded consequences: Chairman was replaced" ("Kurier", May 25, 1996, p. 9.). Dr. Hans Peter Januschke was replaced as judge because he was "not impartial" according to the assertion of the public prosecutor, who himself was bound by instructions from political parties ("Neue KronenZeitung", 21 September 1996, p. 22). He had in fact granted the request of one of the defendants and admitted Dipl.-Ing. Wolfgang Fröhlich as a witness. For the first time and only once before an Austrian court, Fröhlich was allowed to speak about the technical impossibility of the alleged mass killings by poison gas. For safety's sake – despite the fact that the trial had not been concluded – not only was the presiding judge exchanged, but also the entire jury. Judge Andreas Pollack, "some of whose jurors had already sat during the letter-bomb trial," was called in instead. ("Kurier", 24.9.1996, p. 9.) That the system of "professional jurors" selected by political parties is not only practiced in individual cases in Austria is also evident from the following examples. In one documented case, four people from one and the same anti-fascist association were "randomly" selected as jurors from among eight people. One and a half years later, the situation, stirred up by the media after the bombing in Oberwart, was used during the show trial against Hans Jörg Schimanek junior in order to selectively appoint as jurors several relatives of the Roma who had died in the bombing. This procedure has a long tradition: "As early as May 8, 1945, the Provisional Government decreed with the Nazi-Prohibition Act the establishment of so-called People's Courts, which consisted of two professional judges (one of whom presiding) and three jurors. The lists of jurors were compiled on the proposal of the three political parties (SPÖ, ÖVP, KPÖ)." (DÖW, "Mitteilungen," No. 124/December 1995, p. 2.)