For Email Newsletters you can trust
Contribute
Donate Now!
other ways to contribute »
Popular items
About the Author
Robert Faurisson

For more than 20 years, Robert Faurisson was Europe's foremost Holocaust revisionist scholar. He was born on January 25, 1929, in Shepperton, England. His father was French and his mother was Scottish. He was educated at a Lycée in Paris, and at the renowned Sorbonne. He received his "State Doctorate" in letters and the humanities from the Sorbonne in 1972, where he also taught from 1969 to 1974. From 1974 …

Robert Faurisson is Europe's foremost Holocaust revisionist scholar. Born in 1929, he was educated at the Paris Sorbonne, and served as a professor at the University of Lyon in France from 1974 until 1990. He was a specialist of text and document analysis. His writings on the Holocaust issue have appeared in several books and numerous scholarly articles, many of which have been published in this Journal.

This essay is an adaptation of a piece originally written in 1988.

Raul Hilberg, the most prestigious of the authors who defend the thesis of the physical extermination of Jews by the Germans during the Second World War, began his investigation of this subject in 1948.

In 1961, after more than a dozen years’ labor, he published The Destruction of the European Jews (Chicago: Quadrangle Books). In this work, he presents “the destruction of the European Jews” as a vast undertaking personally supervised by Hitler who, he says, gave two orders to this effect. Then, he continues, various German administrative agencies, especially in the police and the military, acted in conformity with these orders, duly coordinating their efforts to prepare, organize, control and carry out this vast criminal enterprise. 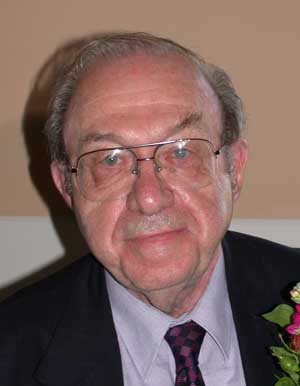 In 1978-1979, I published two articles in the prominent Paris daily Le Monde demonstrating that the alleged Nazi gas chambers could not have existed, and this essentially for physical and chemical reasons.[1] These articles caused something of a stir. Two well-known French intellectuals, Raymond Aron and François Furet, announced that an international colloquium of experts would be held to establish before the world that the extermination of Jews and the Nazi gas chambers really existed. Among the experts who figured in this was Raul Hilberg.

Just before the start of the colloquium, a lengthy interview with Hilberg appeared in the influential French magazine Le Nouvel Observateur, in which the German-born Jewish historian expressed some astounding ideas.[2] Regarding the destruction of the European Jews and the Nazi gas chambers, he basically said that no documents exist that really prove these things, but rather only some testimonies that “accord somewhat.”

While Hilberg of course holds to his basic extermination thesis, this explanation is radically different from the one he had previously given. It is obvious that revisionism is responsible for this change. Hilberg more or less conceded this, even if only indirectly. Specifically, he declared:[3]

I will say that, in a certain way, Faurisson and others, without wanting to, did us a favor. They raised questions which had the effect of engaging historians in new research. They have obliged us to once again collect information, to re-examine documents and to go further into the comprehension of what has taken place.

The international colloquium took place as scheduled at the Sorbonne from June 29 to July 2, 1982, but behind closed doors. Then, an account of its discussions and conclusions was given at a press conference. But, to the surprise of everyone present, only Raymond Aron and François Furet appeared at the press conference, declaring, on the one hand, that “despite the most scholarly research,” no one had been able to find any order by Hitler for the extermination of the Jews, and, on the other, that pursuing the revisionists in court was like conducting a witch-hunt. Not one word was said about gas chambers.

Seven months later Hilberg summarized his new thesis before an audience of nearly 2,700 at Avery Fischer Hall in New York City: the entire German policy for the physical destruction of the Jews was to be explained by mind reading! No document attesting to this criminal policy could be found, because no such document existed. For several years, the entire German bureaucratic machinery operated through a kind of telepathy. As Hilberg put it:[4]

But what began in 1941 was a process of destruction not planned in advance, not organized centrally by any agency. There was no blueprint and there was no budget for destructive measures. They [these measures] were taken step by step, one step at a time. Thus came about not so much a plan being carried out, but an incredible meeting of minds, a consensus – mind reading by a far-flung bureaucracy.

Let us note again those final words: “an incredible meeting of minds, a consensus – mind reading by a far-flung bureaucracy.”[5]

Two years later, Hilberg confirmed those words and this explanation during the first “Holocaust trial” of Ernst Zündel in Toronto. He did this under oath during his cross-examination by Zündel’s lawyer, Douglas Christie, whom I was assisting.[6]

That same year (1985) the “revised and definitive” edition of his book appeared. In it, the University of Vermont professor did not use the expression “consensus” or “mind reading.” And yet he wrote:[7]

In the final analysis, the destruction of the Jews was not so much a product of laws and commands as it was a matter of spirit, of shared comprehension, of consonance and synchronization.

He also wrote of “countless decision makers in a far-flung bureaucratic machine” without “a basic plan.” He mentioned “written directives not published,” “oral directives and authorizations,” and “basic understandings of officials resulting in decisions not requiring orders or explanations.” There had been “no one agency,” he wrote, and “no single organization directed or coordinated the entire process.” The destruction of the Jews, he concluded, was “the work of a far-flung administrative machine,” and “no special agency was created and no special budget was devised to destroy the Jews of Europe. Each organization was to play a specific role in the process, and each was to find the means to carry out its task.”[8]

For me, this is like explaining what would have been a huge criminal undertaking of industrial proportions based, in particular, on a weapon (a chemical slaughterhouse using an insecticide), operating through the intervention of the Holy Ghost, all of which had been conceived and created through a kind of spontaneous generation.

On November 23, 1978, the French historian René Rémond declared to me: “As for the [Nazi] gas chambers, I am ready to follow you; as for the genocide, I have the deep conviction that Nazism in itself was sufficiently perverse so that this genocide was part of its motivations and its actions, but I recognize that I have no scientific evidence for this genocide.”

This is indeed the least one might say when one is concerned about historical truth.

"American policy today stirs up everything and settles nothing. The result is that it creates a void, opening the way to new tyrannies instead of new freedoms. At the bottom of America's attitude is the assumption that all the world wishes to be American. And that assumption is false."
— Hadj T'hami el Glaoui, pasha of Marrakesh, in 1944. Quoted in: James J. Martin, Revisionist Viewpoints (1971), p. 18.