Rudolf Vrba exposes himself as a liar

In his book, Pietà,[1] Professor Georg Klein, Stockholm,[2] relates a conversation he had with Rudolf Vrba in Vancouver in 1987. Professor Vrba is notorious for being the only one of the hundreds of Auschwitz escapees[3] who wrote a famous report[4] in 1944 and later also a book about the camp.[5] When Klein met Vrba in 1987, they naturally talked also about the film Shoah, which Claude Lanzmann had made a few years before.[6] Vrba was one of the survivors interviewed by Lanzmann in his film. During the first Zündel trial in Toronto in 1985, Vrba admitted that when he wrote his book he had "used my licence of poet".[7] In the book, however, the same Vrba claims that his report on the camp and the figures concerning Jews gassed was the truth and a very accurate account. 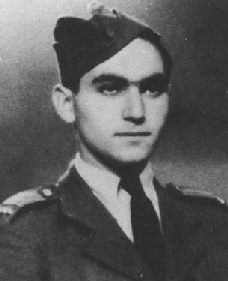 Rudolf Vrba before the war[8]

The now published report that he wrote after his escape from Auschwitz is dated "Bari, 20. April 1945," and titled "Zeugenaussagen von zwei Flüchtlingen aus den Auschwitz-Birkenau-Vernichtungslagern in Oswiecim, Polen" (Witness testimony of two escapees from the extermination camps Auschwitz-Birkenau in Oswiecim, Poland). It is said to be a German translation from a Hungarian original. At the end of the report by Vrba and his comrade there is a table with the heading:

"A conservative estimate [by the two refugees] about the number of Jews who were exterminated in Birkenau between April 42 and April-according to their nationality."

The supposedly conservative sum of all the Jews killed is given as "ca. 1,765,000." It should be kept in mind that this figure does not include the hundreds of thousands of Jews deported from Hungary after April, 1944. No serious researcher has been able to find evidence for a number of victims higher than a million-including non-Jews and the group of Hungarian Jews. The number of French Jews killed in Auschwitz given by Vrba is 150,000-to be compared with the 75,000 of the detailed name lists of Jews deported from France to all the camps until August 1944 (including survivors).[9] 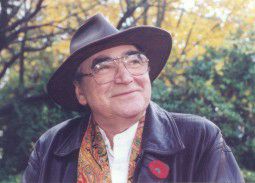 In the film interview Vrba says that between August 1942 and April 1944, he saw about 200 trains arriving to the camp-which would mean about 200,000 deportees-and that he also knew that within two hours 90% of these people would have been gassed. He claims to have been one of those who hauled out dead bodies from the railway trucks at Auschwitz main station, to be carried by lorries to the crematoria two kilometers away (in Birkenau). And he added that all of the first 1,765,000 Jews killed landed on this old platform, two kilometers away from the crematoria. Later, he stated, a new platform was built to receive the one million Hungarian Jews to be "blitzvernichtet." (lighting-fast exterminated). Anyone who tried to tell the arrivers of the gassing was slain or shot dead.

Beside the gassing (the 'main product'), Auschwitz also yielded some other products. Vrba said that Krupp and Siemens had plants there. (He did not mention IG Farben.) Aryan prisoners had a certain influence and attained a systematic improvement of the conditions. But the lower the death rate, the more prisoners were gassed instead in order to keep manpower constant.

Later in the film, Vrba mentions the Jewish families from Theresienstadt who were allowed to keep their hair and their luggage. They were marked "SB [for German Sonderbehandlung = special treatment] with a six month quarantine." He knew that "special treatment" equaled "gassing," but why the half year respite? The reason for this was something this almost omniscient man did not know. When the six months were at an end, a rumor was spread that the Theresienstadt group was to be sent to the Heydebreck camp. Vrba knew better, of course, and tried to persuade a certain Freddy Hirsch to lead a revolt. Hirsch felt that he was responsible for the welfare of the children and refused to resort to violence. He committed suicide instead. The lorries with the SB-Jews did not turn towards Heydebreck, so Vrba concludes that the whole group was gassed. Since nobody wanted to revolt, Vrba decided to escape, which he did on April 7, 1944. All this he tells us in the film Shoah.

And Vrba's camp experiences naturally became the topic when he met another Holocaust survivor. Klein asked Vrba if his colleagues knew what he had experienced during the War. To begin with, Vrba did not answer the question. Later, however, he mentioned, sardonically smiling, that one of his colleagues had been upset when he unexpectedly had seen Vrba in Lanzmann's film. The colleague had wondered if everything that Vrba said in the film was really true, to which Vrba answered: 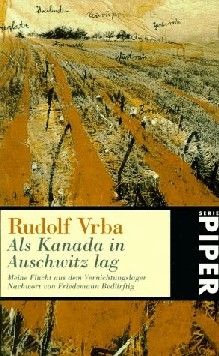 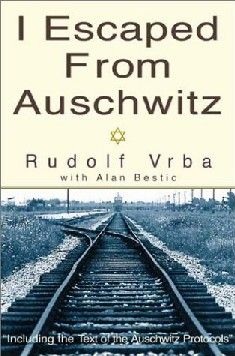 "I do not know. I was just an actor and I recited my text."

Which was commented by his colleague as follows:

"Most extraordinary! I did not know that you were an actor. Seeing that, why was it said that the film was made without actors?"

Hearing this revelation, Klein turned speechless and refrained from asking any more questions. In his book he says that he will never forget Vrba's sardonic smile. Any informed reader certainly knows that much of what Vrba says in Shoah is at variance with well established facts. Vrba is simply a reckless liar, to put it in plain language. But was he perhaps for once telling the truth when he said "I was just an actor and I recited my text"? That would certainly explain his sardonic smile that made such an impression on his credulous colleague.[11]